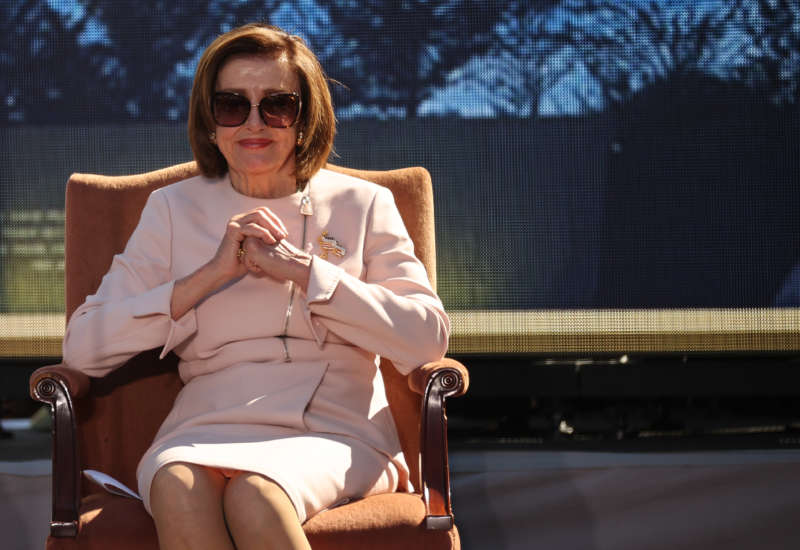 How did Democrats in the House of Representatives decide that the top House recipient of corporate PAC money should run the tax code-writing committee, or that the top recipient of defense industry cash in their caucus should be in charge of Armed Services?

The House Democrats’ 117th caucus rules, which were posted online this session after a lengthy campaign from government transparency activists, explains that the Steering and Policy Committee “shall adopt its own rules, which shall be in writing,” and that it “shall keep a journal of its proceedings.” Without the caucus releasing those records or someone with access making them available, these documents are inaccessible to the public because the legislative branch is exempt from federal public records law.

This secretive process was thrust into the spotlight last year when New Democrat Coalition member Rep. Kathleen Rice (D-N.Y.) was given a seat on the Energy and Commerce Committee over progressive member Rep. Alexandria Ocasio-Cortez (D-N.Y.). News coverage of the face-off described a secret meeting of the Steering and Policy Committee held last December that involved intense speeches and secret ballot votes, but the details of the debate and the procedures that were followed remain a black box. Rice, in September, registered a vote in the Energy and Commerce Committee that stripped a popular drug pricing reform proposal from the committee’s portion of the Build Back Better Act.

House Republicans, which have separate steering and policy committees, have traditionally been more transparent about their operations. The Republican Policy Committee has a website that lists its members, and steering committee members are posted online as well. The Republican caucus rules, which for years have been posted online each session without activist pressure, do not direct the steering and policy committees to craft separate rules, unlike the Democrats.

Congress’ committees are the most common choke point for legislation in Congress, so the process for determining their membership and leadership is fundamental to the federal lawmaking process.

“Personnel are policy, and the Steering and Policy Committee is where House Democrats decide committee assignments for members of the caucus,” said Daniel Schuman, policy director of Demand Progress. “Choosing the composition of a House committee, or who can serve as its chair, is a powerful tool for the Speaker of the House, who dominates the Steering Committee and exerts control not only over policy outcomes but over the party itself. The rules for the Steering and Policy Committee and its membership list should be publicly available because they are a set of de facto rules of the House when Democrats are in charge.”

Besides selecting committee positions, the Steering and Policy Committee is also given broad policy jurisdiction in the Democratic caucus rules. The committee “shall assist the full Democratic Caucus in the establishment and implementation of a Democratic policy agenda and legislative priorities,” the rules state. It should also “coordinate policy development and implementation, and message coordination efforts between the Caucus, the whip organization, Members of standing committees, and other Caucus entities,” as well as “supplement ongoing policy development by the Chairs of each of the standing committees,” according to the caucus rules.

Though the Steering and Policy Committee roster has not been made public, the caucus rules explain that its roster is made up of various party leaders and committee chairs, as well as one freshman member, 12 members to be elected from different geographical regions, and up to 15 members that are appointed by the speaker. Partial leaked membership lists can be found, but Democratic Party leaders still resist good government groups’ calls to simply post the roster online.

In January, banking industry critic Rep. Katie Porter (D-Calif.) lost her seat on the House Financial Services Committee when the Steering and Policy Committee chose not to issue a waiver that would have allowed her to also hold seats on the Oversight and Reform and Natural Resources Committees. The decision was seen as a boon for the financial industry, whose officials would no longer have to testify in front of Porter’s whiteboard and news cameras.