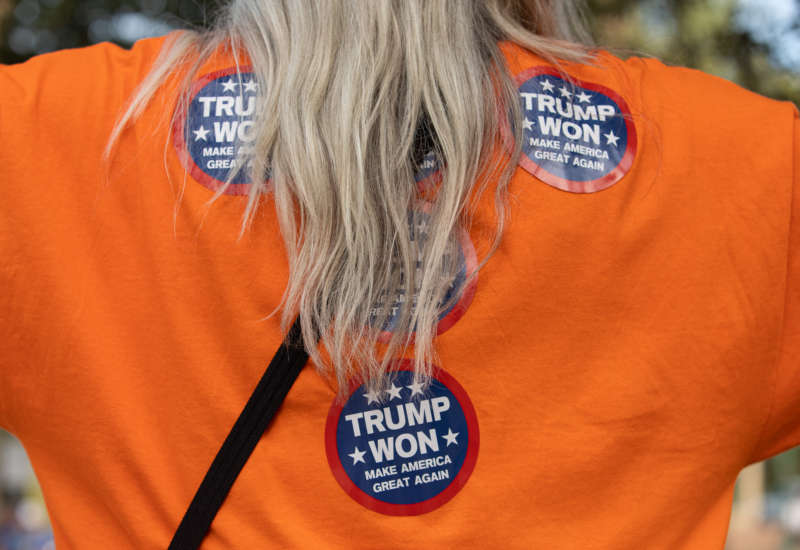 The leading contenders for the GOP nomination for Arizona secretary of state, whose agency oversees elections and certifies election results in the state, are both members of the American Legislative Exchange Council (ALEC), a right-wing corporate lobby group that backs voter suppression legislation. And one of the two has fully embraced former President Donald Trump’s big lie that the 2020 election was stolen and received his endorsement.

Arizona’s presidential election was close, with Biden winning by 10,457 votes, and even a controversial sham audit initiated by ALEC’s president elect, Sen. Karen Fann, recently confirmed the outcome and found no evidence of voter fraud in the election.

Trump’s preferred candidate, state Rep. Mark Finchem, nonetheless believes the election was stolen, attended the Jan. 6 rally in Washington, D.C., that led to Trump supporters’ deadly insurrection at the U.S. Capitol, and has called for the 2020 presidential election to be decertified.

In a news release endorsing Finchem, Trump said, “In addition to his incredibly powerful stance on the massive Voter Fraud that took place in the 2020 Presidential Election Scam, he is strong on Crime, Borders, our currently under siege Second Amendment, and loves our Military and our Vets.”

Finchem is one of three Arizona legislators speaking at a QAnon conference in Las Vegas on Oct. 22-25. Democracy reform group Rural Arizona Action spearheaded a campaign to recall Finchem this summer based on his ties to the insurrection, but the effort fell short of the 24,775 signatures required to make the ballot.

Bolick also sponsored radical legislation this year to allow the Arizona legislature to overturn presidential election results and choose its own electors. The bill, HB 2720, is still pending in the House Rules Committee.

Her husband, Clint Bolick, was vice president for litigation at the Goldwater Institute and a member of the right-wing State Policy Network before being appointed to the Arizona Supreme Court by Gov. Doug Ducey.

Running in the Democratic primary for secretary of state are Maricopa County Recorder Adrian Fontes and State Rep. Reginald Bolding.

The candidates have not yet filed any campaign finance reports for next year’s Secretary of State election.

Finchem, in his past runs for state representative, has received contributions from the PACs of utility Pinnacle West, the Arizona Association of Realtors, mining conglomerate Freeport-McMoran, Raytheon, and Pfizer, as well as Gov. Ducey’s Arizona Leadership Fund and many other donors

In her past campaigns, Bolick has raised considerable sums from individuals, as well as money from the PACs of the Arizona Free Enterprise Club, Pinnacle West, Freeport-McMoran, Southwest Gas, the Arizona Chamber of Commerce, and utility Salt River Project.

Finchem and Bolick both sponsored Arizona’s bill HB 2905, signed by the governor in July, which makes it a Class 5 felony for a county election supervisor to deliver an early voting ballot to a person who did not make a request for the ballot. The bill exempts mailing a ballot to a person on the county’s active early voting list.

A Class 5 felony carries a presumptive sentence of two years and is often used in prosecuting those profiting from the prostitution of others.

The Pokémon anime’s Arceus Chronicles special is headed to Netflix

Samsung Galaxy Unpacked: all the news and updates from the event