Bernie Sanders Endorses Peter Welch of Vermont for US Senate 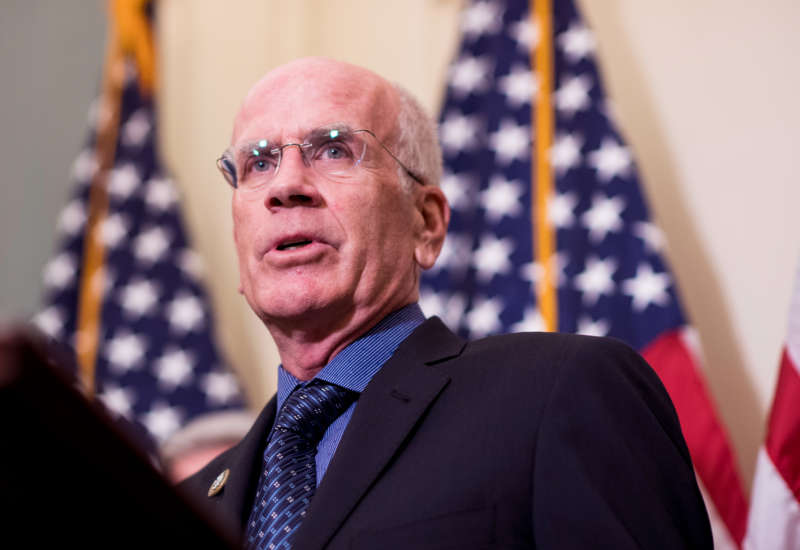 “Peter Welch understands that if we are going to combat the existential threat of climate change, establish universal healthcare, lower the cost of prescription drugs, create good paying jobs in Vermont, and protect American democracy, now is the time to think big, not small,” Sanders (I-Vt.) said in a statement.

“With his years in Congress, Peter has the knowledge and experience to hit the ground running as a strong advocate for Vermont’s working families and to fight for a government that works for all, and not just the wealthy few,” Sanders continued. “That’s why I’m proud to endorse Peter today and look forward to serving with him in the Senate.”

Thank you @BernieSanders. Honored to have your support. https://t.co/UzF8caRQQb

Welch — who’s served as Vermont’s sole voice in the U.S. House since 2007, a seat previously held by Sanders — formally announced his Senate campaign for the 2022 election on Monday, promising to fight for Vermonters, the nation’s “imperiled democracy,” and a slew of progressive priorities being obstructed by GOP lawmakers.

“Everything — voting rights, Medicare for All, a Green New Deal, lowering prescription drug costs, reproductive justice, racial and economic justice — everything gets filibustered by the Mitch McConnell Republicans in the Senate,” Welch says in a new campaign video.

“They’re fighting for failure,” Welch said of Republicans in the Senate, where Democratic control “hangs in the balance.”

I’m running for the United States Senate to work for you, for Vermont, for our country, and for our imperiled democracy.

In a statement, Welch framed this as a “pivotal moment,” noting that “the result of this election will determine control of the Senate and with it, what we can accomplish for Vermont families.”

His campaign was also welcomed by another noted Vermonter — author and 350.org founder Bill McKibben.

Eighty-one-year-old Leahy announced last week he would not seek reelection, declaring it “time to pass the torch to the next Vermonter.”