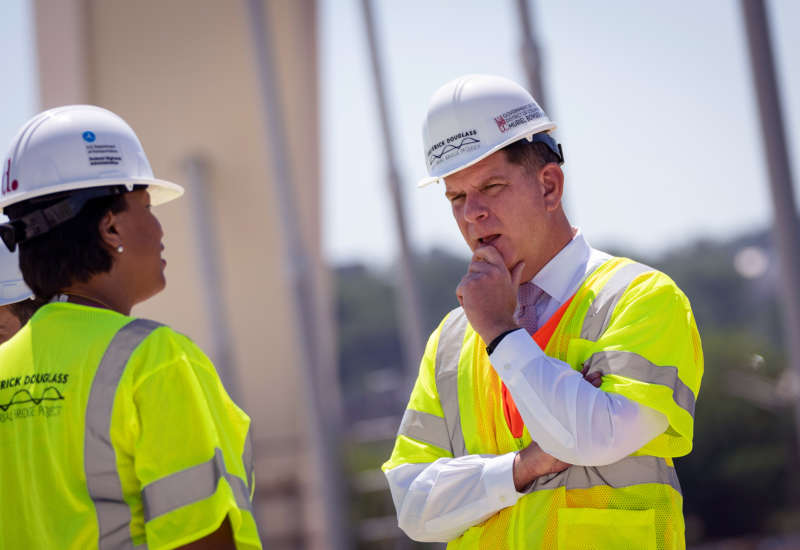 The Department of Labor has finalized a rule raising the minimum wage for federal contractors to $15 an hour for new and existing contracts beginning in January.

The rule, which raises the minimum wage for federal contractors from $10.95 and indexes the wage to inflation, is expected to impact about 327,000 people working as janitors, cafeteria workers, nursing assistants and more. Workers on a tipped wage will also see their non-tipped wages raised, as the guidance eliminates the tipped minimum wage, which is currently at $7.65 an hour, by 2024.

The guidance comes months after President Joe Biden signed an executive order on the matter in April.

The workers who will be affected by this rule “do essential work on our nation’s behalf,” Secretary of Labor Marty Walsh said in a statement. “They build and repair the federal infrastructure, clean and maintain our national parks, monuments and other federal facilities, care for our veterans, and ensure federal workers and military service members are provided with safe and nutritious food,” he continued, pointing out that many of the workers who will be affected are people of color.

According to the agency, just over half of the workers who will be impacted by this order are women. On average, workers will receive a raise of $5,228 yearly. The Biden administration says that this order will have a positive effect not only on the workers, but also on federal work at large, increasing productivity, decreasing turnover and boosting efficiency.

Experts have estimated that about 5 million people work on federal contracts, with most of them already making above the $15 an hour threshold.

Biden’s order expands on an order by former President Barack Obama in 2014 ruling that federal contractors be paid $10.10 an hour minimum, also indexed to inflation.

Monday’s guidance is part of the president’s promise to raise the federal minimum wage to $15 an hour for all workers, though Biden has done little to push Congress on the issue since it was shot down from the stimulus package earlier this year. The Senate parliamentarian had ruled that the provision couldn’t be included in the American Rescue Plan Act, despite evidence that it would have an impact on the federal budget and thus should have been eligible for a vote via budget reconciliation.

Even though Vice President Kamala Harris could have overruled the parliamentarian’s decision, the administration chose not to do so, much to the dismay of progressive lawmakers and advocates.

Economists say that although raising the minimum wage to $15 an hour is crucial, the raise doesn’t go far enough. For a family of four, researchers have found that $15 an hour isn’t a living wage. For a single person without kids, a $15 minimum wage is a living wage in some parts of the country — but in more expensive states in the West and Northeast, it falls short.