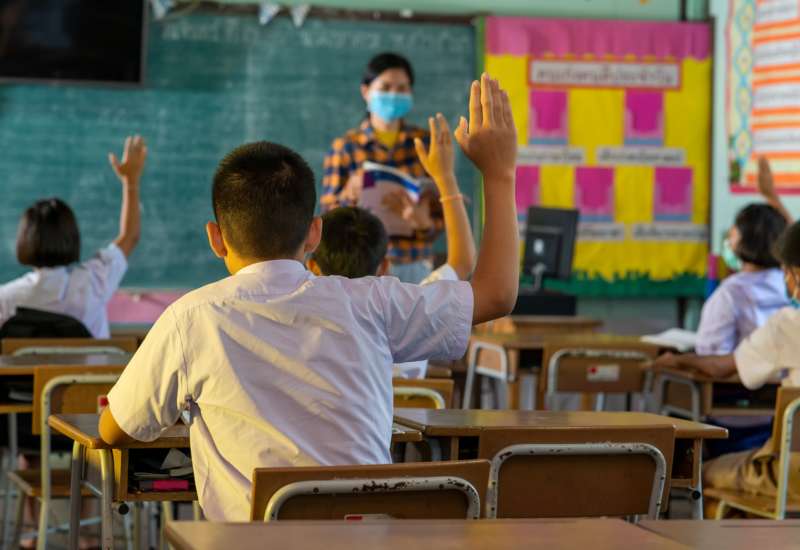 A petition drive in Nebraska is trying to change the state’s constitution to eliminate the Nebraska State Board of Education and replace it with a new department accountable solely to the governor.

The petition is sponsored by Kelli Brady and Michael Connely, who want to change how the state board of education functions because of its recent attempts to implement more inclusive curricula in health education classes, including discussions on gender identity and sexual orientation.

“It’s been going on for 10 years that they’ve been trying to get this curriculum in, which they don’t need to do,” Brady complained during her explanation of the petition’s intent.

Earlier this year, the state board nixed the LGBTQ+ inclusive proposal after it faced backlash from conservative parents and state residents, even though it could have made a difference to thousands of students.

Advocacy groups and health experts largely agree that inclusive education is beneficial to students overall. According to GLSEN, an education organization that aims to promote inclusion and end discrimination, 81 percent of LGBTQ+ students report being verbally harassed by their peers over the course of a typical school year. More than 58 percent of LGBTQ+ students in public schools also say they experience discriminatory school policies and practices.

Changing the curricula could be life-changing for these students, especially those who face bigotry and hostility from their families at home. Measures like the one proposed by the Nebraska state board not only serve to affirm the experience of LGBTQ+ students, but also to educate their peers. As GLSEN notes on its website, this “can improve the health and well-being of LGBTQ students.”

An assessment by the Centers for Disease Control and Prevention (CDC) came to a similar conclusion. “Creating and sustaining inclusive school environments, policies, programs, and practices that include LGBTQ youth is one strategy for improving the health and academic success of all youth,” the CDC said.

Currently, the Nebraska State Board of Education is an elected body of individuals, with each member selected from a different part of the state.

Brady claims that her and Connely’s proposal for changes to the state board would “give the power back to people that are dealing directly with the children.” But in reality, their plan would transfer a tremendous amount of power to the governor’s office, which would be charged with selecting appointees to an Office of Education.That department would then oversee the 500-plus employees currently working for the State Board of Education.

Jenni Benson, president of the Nebraska State Education Association, warned that the idea proposed by Brady and Connely would “put total power in the hands of the governor.”

Notably, Connely is currently running for governor as a Republican.

For the changes proposed by Brady and Connely to be included on the November 2022 ballot, the petition must attain a minimum of 125,000 signatures by July 7.

Education leaders in the state say the changes are unnecessary, and that they will cause untold harm to students at Nebraska public schools. Maureen Nickels, the current president of the state board, said changes would create “chaos” in the education department. “I think Nebraska really is in good hands with the way we have it,” she said.