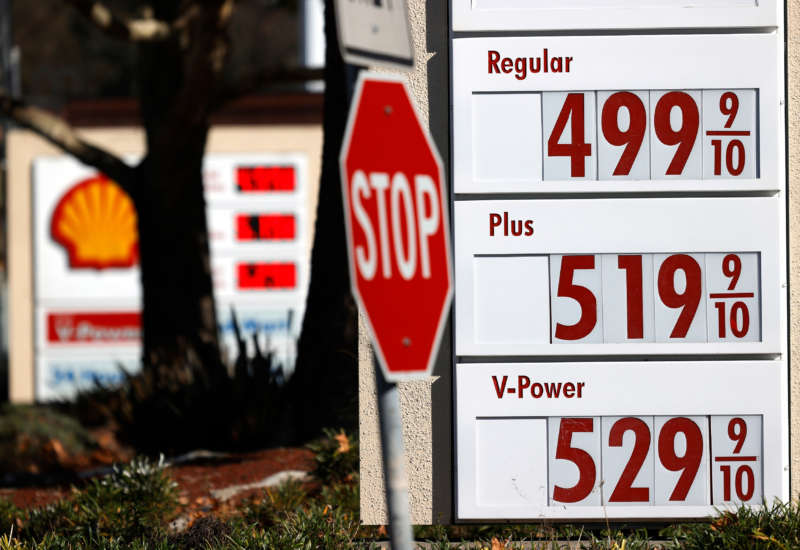 The Biden administration announced on Tuesday that it will release oil from the Strategic Petroleum Reserve in an effort to lower gas prices for Americans ahead of the holiday travel season.

President Joe Biden will authorize the release of 50 million barrels of oil, hoping that the increase in supply will help to lower costs at gas stations across the country.

Costs are due to increased demand following the relaxation of pandemic-related restrictions on travel. Oil and gas supplies, meanwhile, have not caught up to the increases in demand, energy experts have said.

Even though presidents have very little impact on the cost of a gallon of gas, Biden has faced sharp criticism from conservatives on fuel prices, with many Republicans wrongly asserting that his energy policies — including the shutting down of the Keystone XL pipeline project earlier this year — contributed to the rise in gas prices over recent months. Experts largely agree that the closing of the Keystone XL is not responsible for current gas prices.

However, polling indicates most Americans blame Biden for the rise in gasoline and other consumer costs.

The Biden administration claims that opening the nation’s strategic oil reserve this week will alleviate those concerns — but experts say that this, too, will have minimal effect.

“American consumers are feeling the impact of elevated gas prices at the pump and in their home heating bills, and American businesses are, too, because oil supply has not kept up with demand as the global economy emerges from the pandemic,” the White House said in a statement. “That’s why President Biden is using every tool available to him to work to lower prices and address the lack of supply.”

But Patrick De Haan from GasBuddy, a tech company that assists consumers in finding gas prices in their area, told The Washington Post that the impact on pricing will be small, if anything at all.

“The bottom line for motorists is this moves the needle — but barely, and maybe not for a very long period of time,” De Haan said.

There’s also a concern among many that opening the strategic reserves could make other oil-producing countries upset, including nations belonging to the Organization of the Petroleum Exporting Countries (OPEC), which could reduce supply in response to the White House’s actions.

The move also contradicts Biden’s promise to encourage more use of more renewable energy and reduce dependence on nonrenewable sources. But many Democrats, including those who are pushing for a transition away from oil and gas, lauded Biden for his decision on Tuesday.

Rep. Ro Khanna (D-California), who along with other Democratic lawmakers wrote a letter to the White House yesterday urging the opening of the oil reserves to lower prices, said that ultimately a move to renewable sources has to be the primary goal.

“In the long term, we must invest in renewable energy through the Build Back Better Act,” Khanna said in a tweet Tuesday morning.

The Department of Energy said that most of the oil that is being released will be made available in the early months of 2022, from January to April. Some deliveries of the oil, however, will happen as soon as December.

Gas prices have climbed in recent months, up to $3.395 per gallon, on average, across the U.S. as a whole. In places like California, the cost of a gallon of gas is up to $4.705 per gallon.

Costs may be coming down slightly due to other factors, however, that are unrelated to the opening of strategic oil reserves. Global demand may soon lessen due to COVID-related lockdowns in some parts of Europe, which may bridge the gap between demand and the supply of oil.