Trump Org Made $1.7 Billion While Trump Was President, Much of it From Taxpayers 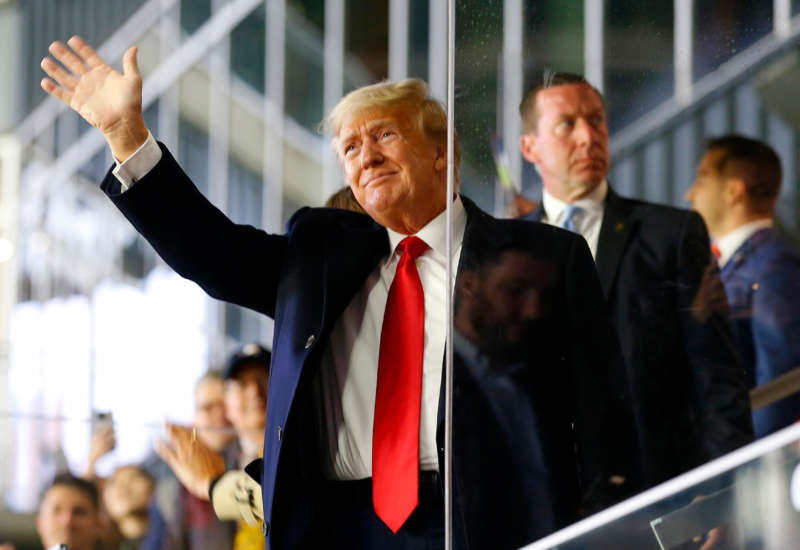 A new book examining the Trump administration’s financial conflicts of interest showcases the alarming amount of money Trump’s companies made while he was in the White House — including hundreds of millions of dollars that his businesses received from taxpayers.

Pulitzer Prize-winning journalist David Cay Johnston details the full extent of Trump’s ill-gotten gains from 2017 to 2021 in his new book, The Big Cheat: How Donald Trump Fleeced America and Enriched Himself and His Family. During a Monday interview on CNN, Johnston discussed how the Trump Organization earned at least $1.7 billion during the time that Trump was president.

Johnston arrived at the figure by looking into financial disclosures that Trump was legally required to make while he was in office. Despite the law saying that these disclosures had to be published, Trump had tried to keep the records private.

A significant amount of the $1.7 billion that the Trump Organization made in those four years came from American taxpayers.

“Donald did everything he could to make sure the taxpayers were putting money into his businesses. Hundreds of millions of dollars,” he added.

Johnston’s findings confirm a report from earlier this year by the nonprofit government watchdog group Citizens for Responsibility and Ethics in Washington (CREW).

In a report published in February, CREW noted that Trump had frequently bragged about donating his presidential income back to the treasury. “Far from being a sacrifice,” CREW’s Jordan Libowitz and Caitlin Moniz wrote, “the donation was merely a fig leaf to cover up four years of brazen corruption.”

CREW estimated that Trump’s companies had made him $1.6 billion during his four years in office, which is only slightly less than the number that Johnston arrived at in his book. Meanwhile, Trump’s donations to the federal government amounted to just 0.1 percent of that figure.

One of the most visible ways that Trump spent taxpayer dollars were his frequent trips to his properties. The former president spent time at Trump Organization locations a total of 547 times while he was in office, requiring the Secret Service to pay for their stays at those locations each time he was there.

Trump’s taxpayer-funded Secret Service protection even extended beyond his presidency. Indeed, he charged more than $50,000 to the agency for their stays at his resorts in 2021 alone.

Trump infamously refused to divest his financial interests when he became president in 2017, a move that was unprecedented in the modern era of the U.S. presidency. Instead, Trump said that he would relinquish control — though not ownership — of his companies to his sons and his chief financial officer Allen Weisselberg.

Of course, Trump leaving his companies in the hands of his sons did nothing to quell concerns that he could use his position as president to inappropriately make large sums of money.

“Stepping back from running his business is meaningless from a conflict of interest perspective,” then-Office of Government Ethics director Walter Schaub said at the time.