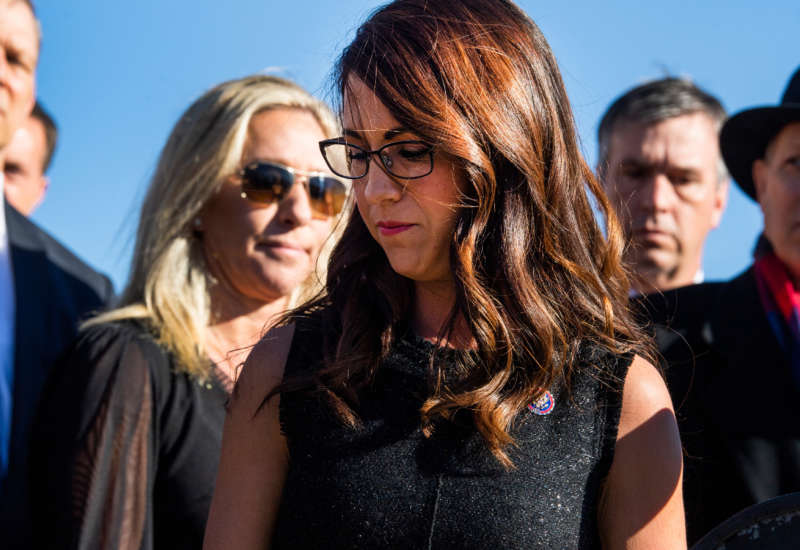 As Democratic leaders consider their options to punish Rep. Lauren Boebert (R-Colorado) for her Islamophobic comments toward Rep. Ilhan Omar (D-Minnesota), the list of Democrats calling for Boebert to be removed from her committee assignments is growing.

The lawmakers condemned House Minority Leader Kevin McCarthy (R-California) for his silence on the issue, pointing out that Boebert has refused to apologize for her Islamophobic attacks.

“In the face of death threats and vitriol being spewed at Rep. Omar, Representative Kevin McCarthy (CA-23)’s decision to allow and embolden continued hostility from his members speaks clearly to the Republican party’s willingness to allow hate and division to grow at the expense of our people, our values, and our institutions,” the lawmakers wrote.

The progressives went on to say that they “refuse to stand by as Islamophobia, anti-Blackness, anti-immigrant sentiment, and xenophobia are trafficked into the halls of Congress by members of the Republican party.” Pursuing disciplinary action against Boebert, they said, is a crucial step towards accountability — not only to Omar and fellow members of Congress, but also to the Muslim community at large.

“Muslims across the country are looking to Congress at this moment, watching to see if those they sent to represent their interests in Washington are going to stand up in the face of blatant, vicious Islamophobia. We owe it to them… to stand up and show them that their votes to send us here mean something — that our values mean something, and are worth defending,” the statement concluded.

The 38 lawmakers, including Representatives Ayanna Pressley (D-Massachusetts) and Alexandria Ocasio-Cortez (D-New York), are joining a growing coalition of Democrats calling for Boebert to be disciplined.

“It should not be a partisan issue to condemn the explicit harassment and dangerous abuse of a colleague based on their religion, but this is the level to which the GOP leader and too many members of the Republican party have sunk,” the caucus chairs wrote.

Earlier this week, House Majority Leader Steny Hoyer (D-Maryland) told reporters that leaders are “considering what action ought to be taken.” But Democratic leaders have since been quiet about the issue, even as Hoyer acknowledged that the “jihad squad” phrase and other similar language by far-right representatives could “inflame the passions” of potentially violent actors.

Indeed, Omar has said that she received an uptick in death threats due to Boebert’s Islamophobic rhetoric. On Tuesday, the Democrat shared a voicemail she received that appeared to be a direct result of Boebert’s comments being posted and shared online. The caller hurled racist slurs and profanities at Omar, and threatened her life in no uncertain terms.