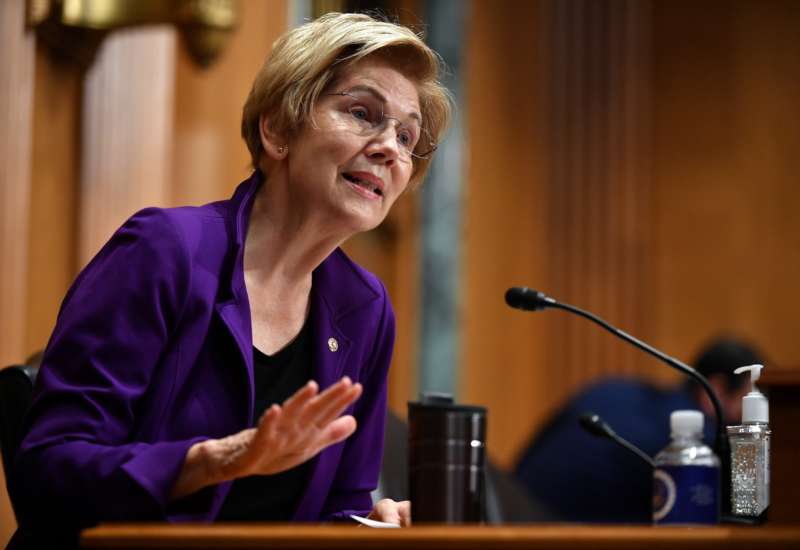 On Tuesday, Sen. Elizabeth Warren (D-Massachusetts) sent a letter to Hertz, criticizing the car rental company for proposing a $2 billion stock buyback plan that would line the pockets of executives and the private equity firm Apollo Global Management, directly after the company exited bankruptcy.

The letter comes at a time of skyrocketing rental car prices, which Hertz has been taking advantage of. An analysis cited by Warren’s office found that while rental car and truck prices increased by 39 percent between 2020 and 2021, Hertz’s prices have risen even higher. In August, the company was charging a median price of about $114 a day — 147 percent higher than their rate before the pandemic.

Last May, the company filed for bankruptcy after the car rental industry was hit hard by the pandemic. Hertz laid off or furloughed 20,000 employees — just after paying out $16 million in bonuses to executives — as it dealt with debt that it had already accumulated before the pandemic. The company exited bankruptcy in June, just over a year after it filed, and paid out $3 million in bonuses to executives shortly after.

In November, nearly five months later, the company announced plans for a new program to buy back up to $2 billion worth of stocks, which is nearly 20 percent of the company’s market cap. Hertz’s shares rose by 6.8 percent immediately following the announcement.

Warren has slammed this decision, saying that the buyback program will pad executives’ and Apollo’s pockets “at the expense of customers and the long-term health of the company,” giving a 70 percent annualized return to the private equity firm that had just invested in the company in order to help pull it out of bankruptcy.

“This decision, and other actions taken before and after their bankruptcy process, reveals that the company is happy to reward executives, company insiders, and big shareholders while stiffing consumers with record-high rental car costs and ignoring the recent history that nearly wiped out the company,” Warren wrote in the letter.

“Hertz executives were inexplicably rewarded on both sides of this bankruptcy,” Warren continued. “But consumers are footing the bill… Consumers are struggling to make ends meet as costs rise throughout the economy and Hertz owes the public an explanation for this corporate greed.”

Warren concluded her letter by demanding answers about how the buyback plan will affect the company’s health and how much executives and board members will benefit. She also asked if the company is considering potential risks posed to the industry due to the Omicron variant of COVID-19, and whether the buyback program is a risk the company can afford to take.

Likely partially as a result of their sky-high prices, Hertz has been posting record profits, making $2.2 billion in total revenue in the third quarter of 2021 alone. Meanwhile, customers have reported struggling to get rental cars at a reasonable price — or even to get one at all, regardless of whether they’ve made a reservation. Car production has been causing shortages in rental car availability, and rental companies are evidently taking advantage of that in spades.

The rental vehicle industry isn’t alone in taking advantage of the fragile COVID economy to increase prices. Other corporations have been taking advantage of the economy to pad their profits, disguising rising prices as inflation. But in reality, while production costs for many companies have gone up, data shows that corporations have been absorbing these costs, reaching into consumers’ pockets to pay for the higher costs and then some.