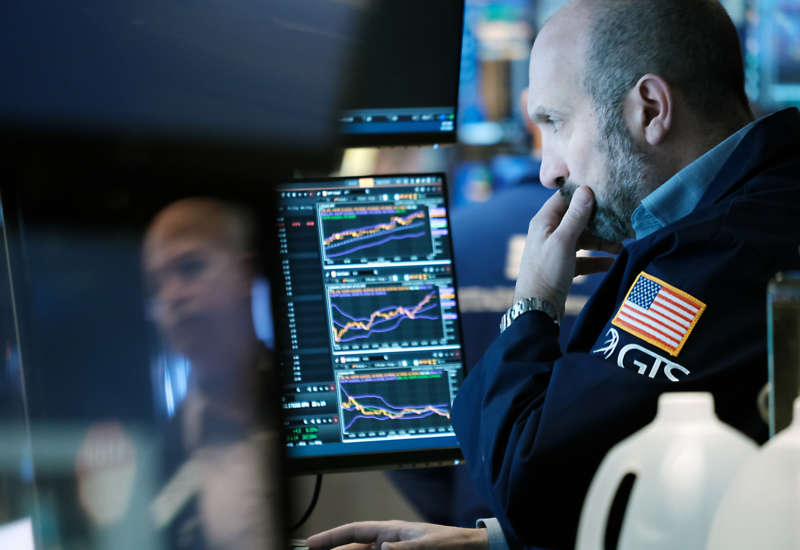 Amid all the anxiety about inflation, the good news this year has been that many businesses increased wages in an effort to keep a reluctant workforce on the job and contend with a tight labor market. However, wages rose quickly for the ultra-rich even as the pandemic raged in 2020, and economists say gains made by workers in 2021 are not sustainable unless structural changes are made.

Wage growth in the United States has slowed since hitting an all-time high in April, when employers sought to entice workers back to restaurants, cash registers and offices after pandemic lockdowns lifted. Reports suggest that employers plan on spending slightly more on wages and benefits next year — but not as much as you might expect after record numbers of workers left their jobs in search of better prospects in 2021.

Increases in average wages are often lopsided toward the rich, if history is any evidence. An analysis of new federal data by the Economic Policy Institute found that wages for the top 1 percent of earners grew much faster than the bottom 90 percent of earners in 2020, reflecting a trend going back four decades.

Although average wages increased slightly for most brackets of wage-earners, economists say this increase is partially due to job losses during lockdowns. Earnings for the wealthy grew much faster than for others in 2020.

Billionaires and multi-millionaires saw their wealth balloon over the past two years — even as the economy slowed and millions of people filed for unemployment. The bottom 90 percent of workers received only 60 percent of all wages in 2020, the lowest share since data collection began in 1937.

The top 1 percent earned 13.8 percent of all wages in 2020, nearly double the share that top earners received in 1979. While average wages for the wealthy did not increase every year since 1979, the redistribution of wages upward (from the bottom 90 percent to the wealthy) has remained relatively constant, according to EPI. The average annual wage for the bottom 90 percent was almost $39,000 in 2019, while the top 5 percent of earners averaged $320,000.

Wages for the top 1 percent increased by up to 7.3 percent in 2020, and the top 0.1 percent saw nearly a 10 percent increase in average pay. Wages for everyone else rose by just 1.7 percent in comparison, but that figure does not tell the whole story, according to EPI economist Lawrence Mishel.

“The bottom 90 percent appears to have done somewhat better [in 2020], but that’s partially because we are missing a whole group of people at the bottom,” Mishel said in an interview.

Heavy job losses were concentrated in industries such as food service and retail during the lockdowns of 2020, while many high-paid workers in finance and the corporate world continued to work remotely. Mishel said many of the lowest-paid workers in food service and retail, for example, lost their jobs or were laid off, which artificially boosted the data on average wages for the bottom 90 percent of earners.

Inflation also grew by a sluggish 1.2 percent in 2020, which pushed up the average “real wage,” or wages adjusted for inflation to reflect the actual purchasing power of a paycheck. Since 1979, the average real wages for the top 1 percent have grown by 179 percent, while the real wages for the top 0.1 percent skyrocketed 389 percent. The bottom 90 percent only saw a 28 percent increase over the same time period as the share of total wages paid to the wealthy expanded.

Mishel said there are multiple, deliberate public policies that have pushed lower-income people to produce more for less pay as executive salaries boomed in recent decades. Wage theft, the decline of unions, globalization fueled by corporate greed, the erosion of overtime and other protections for workers, and a federal minimum wage frozen at $7.25 per hour have all enabled business owners and those who hold the purse strings of capital to chip away at workers’ bargaining power.

From 1979 to 2017, wage growth for 90 percent of U.S. workers trailed behind the rest of the economy, according to a paper Mishel co-authored earlier this year. Mishel and his colleagues say this is the result of wage “suppression” rather than “stagnation.”

The bottom 90 percent of workers received only 60 percent of all wages in 2020, the lowest share since data collection began in 1937.

“I suspect that workers are doing better in 2021 than in 2020 and will do better next year, and the reason that people are pushing back is that their wages have been suppressed for 40 years, and they are seeing an opportunity,” Mishel said. “The question is, will this continue?”

Mishel is skeptical of the “great resignation,” the much-debated term that popped into the media this year after millions of workers left their jobs thanks in part to a labor shortage and booming economy. Instead of “quitting,” Mishel said, workers are “switching” to higher-paying jobs as employers improve wages and work conditions to attract workers and keep businesses staffed. Rapid job growth is also fueling labor demand.

“We are in a situation where workers individually are leveraging some newly found power, and they’re doing that because there is a huge increase in job openings fueled by policies which provided stimulus,” Mishel said, pointing to President Joe Biden’s American Rescue Plan that provided a round of pandemic checks and enhanced unemployment benefits earlier this year.

Conservatives are currently slamming Biden over inflation, but proponents of Democratic efforts to stimulate the economy say supply chain constraints are a major factor in rising prices of fuel and other goods. The pandemic is not over — in fact, COVID is rising once again — and consumers are still choosing to spend money on goods over face-to-face services, which puts additional pressure on the supply chain.

The job market has not fully rebounded back to its pre-pandemic peak, but at 4.2 percent, the unemployment rate is lower than some economists expected.

“This is quite unusual to have such low unemployment” after an economic downturn, Mishel said. “But this is not a magical moment; this was driven by policy.”

The federal stimulus did increase consumer buying power and demand for goods and services, and that’s one reason why the Biden administration boasts about creating 5 million jobs during its first eight months. Yet fact-checkers point out that no administration is solely responsible for creating jobs. The economy was improving when Biden took office, and changes in technology, demographics and fuel prices also contribute to job growth on a mass scale. People are more likely to take jobs when employers offer higher wages.

Meanwhile, real wages are not keeping up with inflation, which hurts lower-income families who spend the bulk of their income on basic necessities. Still, stimulus and demand for labor has given some individual workers a little wiggle room and perhaps a shot at a bigger paycheck or more rewarding work, and many are taking advantage of the opportunity.

Whether renewed demand for labor will put a dent in wage inequality — after decades of “wage suppression” that tilted earnings toward the wealthy — will depend on structural changes such as an increase in union membership that allows for more collective bargaining and better protections for workers in low-wage industries, according to Mishel.

Structural change is not impossible; picket lines are popping up across the country, and Biden’s Build Back Better plan that Democrats are rushing to pass in Congress would invest in creating union jobs at fair wages. Opponents fear more government spending will make inflation worse, but supporters are not so concerned. Democrats say Build Back Better is financed by taxes rather than government debt, and spending would be spread out over multiple years rather than hitting the economy all at once (like stimulus checks).

“I would expect that wages start growing faster in 2022 but prices will grow more slowly than they have been, so I think real wages will bounce back,” Mishel said.