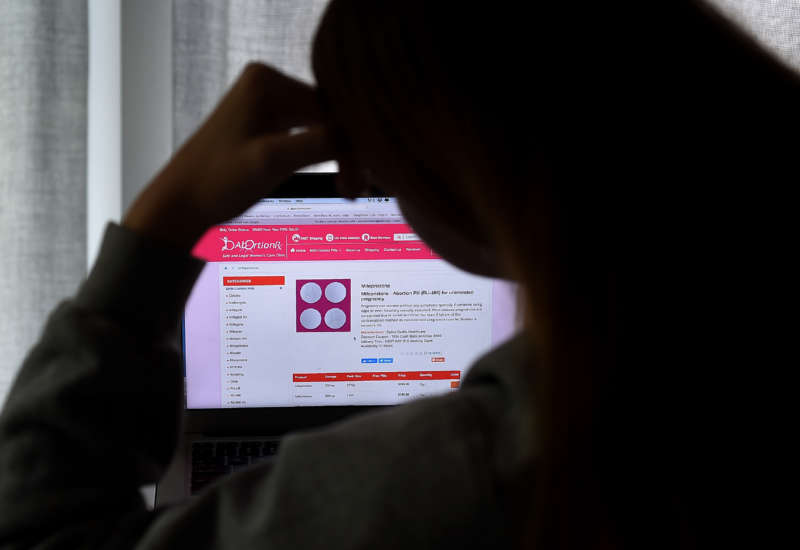 The United States Food and Drug Administration (FDA) is lifting restrictions it has previously placed on abortion medication, permanently ending rules that required pills for the procedure to be obtained in person.

The change in policy will allow abortion medication to be mailed to those who want it instead, which reproductive rights activists have long advocated for.

The FDA originally relaxed rules on the medication in April, citing the ongoing coronavirus pandemic and the need to limit personal interactions with others as much as possible. The latest move by the agency lightening the regulation of abortion pills, made on Thursday, makes the change permanent.

The FDA didn’t produce a formal announcement regarding the change. Instead, the agency updated its website and sent letters to companies that produce the medication, known as mifepristone.

A spokesperson for the agency explained the agency’s decision-making process. “The agency conducted a comprehensive review of the published literature, relevant safety and adverse event data, and information provided by advocacy groups, individuals and the applicants to reach this decision,” the spokesperson said.

Many praised the decision, noting that it is a crucial step to expand abortion access for many people across the country at a time when abortion rights are under attack.

“The FDA’s decision eliminating its unnecessary in-person requirement [for abortion medication] did not come a moment too soon,” American Civil Liberties Union attorney Julia Kaye said in a statement.

Earlier this month, the Supreme Court heard an abortion case from Mississippi that seeks to undo the protections that were afforded in the landmark Roe v. Wade decision in 1973. The conservative bloc of justices, which makes up a majority on the bench, indicated through their questioning and comments during oral arguments that they were prepared to curtail abortion rights that the Court recognized almost half a century ago.

Some advocates have noted that the FDA’s changes, while a step in the right direction, were incomplete.

“The FDA’s move is a step in the right direction, but they did not remove the requirement that prescribers must be certified, which can be an arduous process,” explained Ushma Upadhyay, abortion researcher and associate professor at the University of California, San Francisco. “Additionally, 19 states effectively ban telehealth for abortion. This move will not do anything for those states who have the greatest need for more abortion providers. There is so much more work to do.”

Indeed, there are still many restrictions on the drug at the state and federal level. The abortion pill can only be safely used in individuals who are at 10 weeks’ gestation or earlier, for instance, and many states have deadlines that are even shorter than that length of time.

Attaining the pill may also be difficult for many: six states, including Texas, bar the mailing of abortion pills altogether. Bans on telemedicine visits for abortion medication, meanwhile, place hurdles for people who cannot or prefer not to travel.

The FDA is keeping other restrictions on obtaining the medication in place. Patients will still have to obtain a prescription to receive the drug and sign consent forms stating that their health provider has informed them of the drug’s effects.

The prescription requirement could directly affect medical providers in states that are considering replicating the ultra-restrictive Texas abortion ban, which allows for private individuals to sue any person or abortion provider for sums of up to $10,000 if they helped another person obtain an abortion. Texas has already banned mailing abortion pills in the state.

At the same time, the change in policy may be helpful to states that are attempting to expand access to abortion, including to people from out of state. California, for instance, is aiming to become an “abortion sanctuary” should Roe be overturned. California lawmakers are even considering providing funds for people to travel to the state to obtain an abortion if their home state ends up banning or severely curtailing access to the procedure. It is possible, under certain circumstances (and depending on how the Supreme Court rules on Roe), that California lawmakers could use this new rule from the FDA in a way that is beneficial to residents beyond the state’s borders.