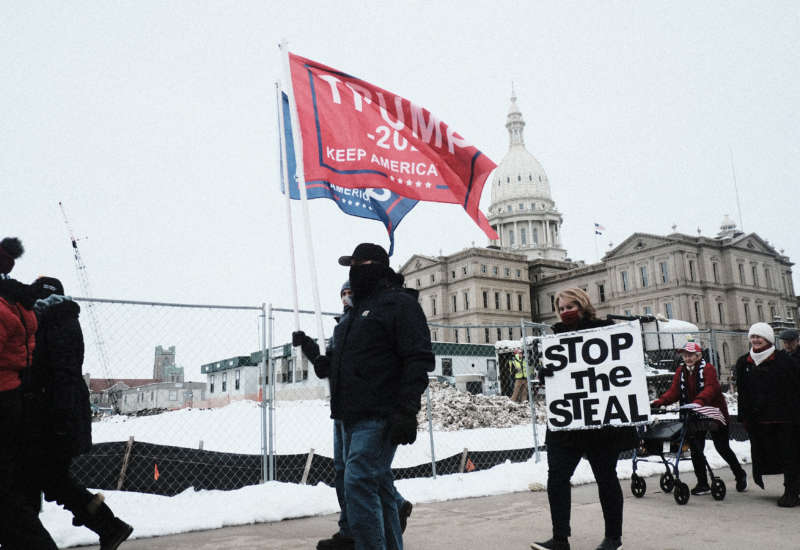 In at least two of the seven states where a scheme to overturn the 2020 presidential election took place, state attorneys general have forwarded investigation materials to the federal government in an attempt to discern whether criminal action occurred.

President Joe Biden won each of the seven states — and their Electoral College votes — in his race against former President Donald Trump. But Republicans convened a slate of fake electors for Trump in those states, signing documents and sending them to Washington D.C. with the intention that the fake votes would be counted in the January 6 congressional certification of the Electoral College.

The plan, which was orchestrated by the Trump campaign (including Rudy Giuliani, Trump’s former personal lawyer), was to send in the fake electors’ votes in order to create confusion over which slate of electors was legitimate. But former Vice President Mike Pence refused to participate in the plot, despite urging from Giuliani; as a result, only the legitimate electors’ votes were counted and Biden was certified as the winner of the election.

Attorneys general in New Mexico and Michigan have started investigations into the false electors’ scheme and have forwarded relevant materials to federal investigators.

“Election laws are the foundation of our democracy and must be respected,” New Mexico Attorney General Hector Balderas said in a statement.

Michigan Attorney General Dana Nessel, who forwarded investigation materials to the feds earlier this month, said that there was “absolutely” enough evidence to bring criminal charges against the fake electors from her state.

While Wisconsin Attorney General Josh Kaul hasn’t opened a formal investigation, he has expressed support for his state’s inclusion in a federal inquiry into whether any criminal action took place.

“I believe it’s critical that the federal government fully investigates and prosecutes any unlawful actions in furtherance of any seditious conspiracy,” Kaul said.

But while investigations are being forwarded to federal agencies, Republicans who took part in the scheme to overturn the election are doubling down. One of the fake electors from New Mexico has said that he has “no regrets whatsoever” over his role in forwarding the forged election document.

Meanwhile, one of the fake electors from Wisconsin was recently named to the board of directors of a new lobbying group founded by a conservative organization in the state.