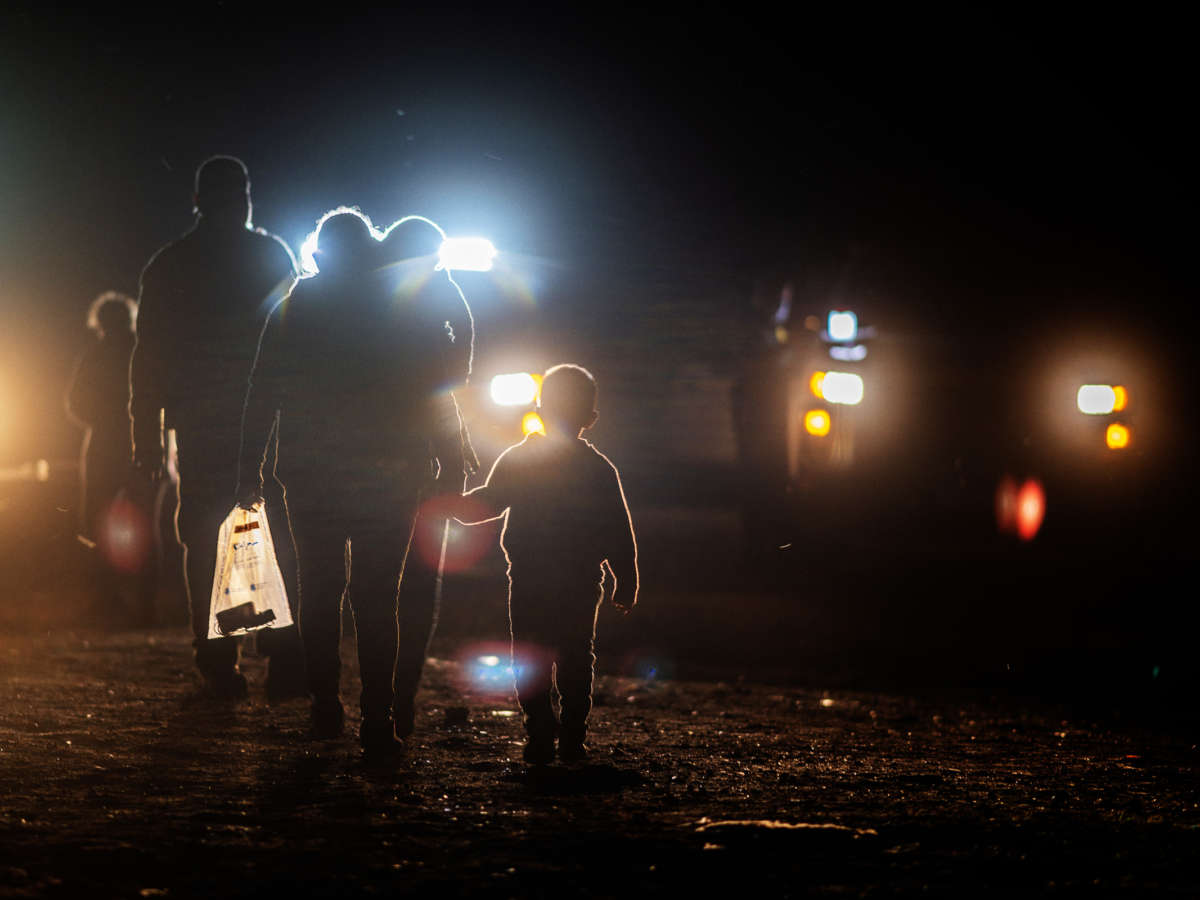 Over the last few weeks, Texas Gov. Greg Abbott has gone on a particularly cruel, opportunistic, rampage against undocumented immigrants.

First, he ordered state troopers to inspect every commercial truck coming into Texas from Mexico, arguing that this was a vital part of his effort to stop the smuggling of undocumented immigrants into the state. Of course, the move, which was always more of a PR stunt than a genuine effort to rein in people-smuggling cartels, was telegraphed so far in advance that the smugglers went elsewhere.

Then, in another PR stunt, the governor announced his officers would start rounding up undocumented immigrants caught along the border, and, on his order, would bus them off to Washington, D.C. This, too, backfired when many of the migrants began publicly thanking Abbott for the free ride to D.C.

Now, as the Biden administration moves toward lifting the Centers for Disease Control and Prevention’s Title 42 restrictions on the southern border, Abbott has, according to media reports, begun studying the possibility of declaring the large numbers of undocumented people currently attempting to cross the border into the United States an “invasion.” This move would essentially allow the governor to use war powers to deputize state law enforcement officers to serve as immigration enforcement, and permit those officers to summarily deport migrants unlucky enough to fall into their clutches.

It’s a grotesque policy proposal that gives more than a nod of homage to the unsavory role played by the Texas Rangers, a state agency that too often acted as a murderous vigilante group deployed to violently police the borderlands in decades and centuries past. Even though it would almost certainly trigger a huge legal battle, the governor clearly believes the optics are in his favor as immigration rises on the list of concerns that Americans talk about to pollsters.

The Texas governor has been cheered on by members of Texas’s increasingly far right legislature, as well as by onetime members of former President Donald Trump’s administration — who have urged him to allow state troopers and National Guardsmen to send would-be migrants back across the border.

The National Border Patrol Council (NBPC), the union that represents Border Patrol officers and staff, also supports Abbott’s proposal. Indeed, the NBPC’s president, Brandon Judd, recently told Fox News he believed President Joe Biden was pushing an open borders policy, and that he was doing so specifically to change the demographics of the U.S. electorate. In addition to these statements being a horrifying echo of white supremacist “Great Replacement” rhetoric, they ignore the fact that undocumented immigrants and legal residents are actually already denied the right to vote.

Governor Abbott, coming off of Texas’s recent victories at the U.S. Supreme Court regarding its law allowing private citizens to sue abortion providers and others who assist people in getting abortions, has also now set his sights on another judicial precedent: He has proposed allowing local school districts to deny undocumented children access to public schools.

We must remember the concrete consequences for migrants in the here and now. Abbott is treating human beings as political pawns, and he’s showing no signs of easing off on his demagogic campaign.

As the governor knows too well, undocumented children’s right to access to public schools has long been settled case law. Texas tried this once before, in 1975, when it amended its education laws so as to deny local school districts funds for educating undocumented children. Six years later, the U.S. Supreme Court ruled, in Plyler v. Doe that this was unconstitutional.

It was this ruling that kicked in more than a decade later, in 1994, when voters in California — at the time headed by Republican Gov. Pete Wilson, and with an electorate that had swung far to the right both on crime and on immigration — overwhelmingly passed Proposition 187, that barred undocumented kids from its public schools, and undocumented people of all ages from public health services and an array of other benefits.

Even before Latinx activists began counter-organizing against the measure, and even before California’s increasingly diverse electorate started having second thoughts about its response to mass immigration, the courts got involved. Days after the election, a federal district court judge issued an injunction barring the proposition’s provisions from being implemented. Nearly five years later, the U.S. Supreme Court ruled that the measure was unconstitutional.

Abbott and his Texas GOP cheerleaders would do well to pause a moment in their stampede toward xenophobia and ponder what happened to the California GOP in the years following Proposition 187.

In 1994, when Governor Wilson whipped up voters’ fears of crime and immigration, the Republicans controlled the governorship. They had controlled it for all but eight years since 1967. For most of that time, one of California’s two U.S. senators had also been Republican. The state attorney general was Republican. The mayor of Los Angeles was a Republican, and many other top city officials around the state were members of the GOP as well. Although the legislature was controlled by the Democratic Party, the margins were small and the GOP remained influential.

Proposition 187 marked a decisive turning point in California politics. In the decades following, the number of Latinos registered to vote in California increased roughly threefold. Young people also began voting in much higher numbers. Those new voters were key to driving xenophobic officials out of office in the Golden State and shifting its state and city politics leftward.

Wilson would serve out his full term and leave office in January 1999. Since then, the only GOP governor has been Arnold Schwarzenegger, a moderate who, by modern GOP standards is what the Trumpites derogatively term a “Republican In Name Only,” or “RINO.” The state’s attorney general is a Democrat. Both legislative houses have Democratic supermajorities, and virtually every major city in the state, with the exception of Fresno, is run by Democratic mayors.

Abbott is doing in 2022 what Governor Wilson did in California in 1994. He’s using undocumented immigration as a way to demagogue himself into reelection. It may well work in the short term. In the long run, however, Abbott’s shameless political stunts, if they enrage enough people in his state that new political coalitions start to emerge to counter them, could end up costing his state party dearly.

Yet, regardless of the possible consequences for the GOP down the line, we must remember the concrete consequences for migrants in the here and now. Abbott is treating human beings as political pawns, and he’s showing no signs of easing off on his demagogic campaign.