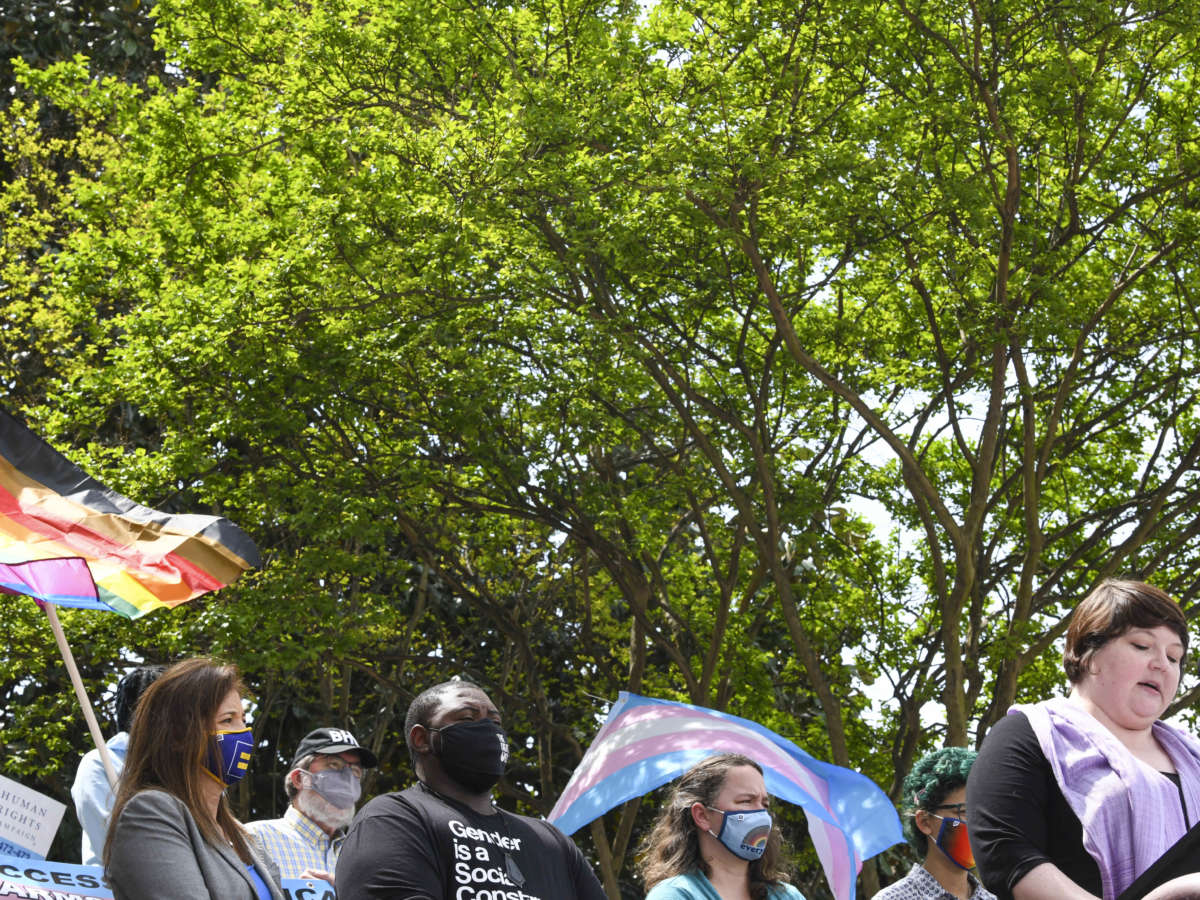 Notching a legal victory for transgender youth in Alabama, a federal judge Friday partially blocked a law passed by Republican lawmakers in the state that made it a crime punishable to up to ten years in jail to prescribe gender-affirming puberty blockers and hormone therapies to minors seeking such treatment.

According to The New York Times, the order by U.S. District Judge Liles C. Burke will allow some of the legislation to remain in place but blocked the portion focused on therapeutics because he “found that particular element of the law most likely unconstitutional, writing that parents have a fundamental right to direct the care of their children within medically accepted standards and that limiting care to gender-nonconforming children amounted to sex discrimination.”

In his ruling against the law known as SB 184, Judge Burke said the state of Alabama’s argument that gender-affirming care for youth is “unsettled science” was not persuasive. As the Associated Press notes, “The American Academy of Pediatrics and the Pediatric Endocrine Society both endorse the treatments that clinics here and in other states are providing for transgender youth. More than 20 medical and mental health organizations urged Burke to block the law.”

Though the future of the law remains in doubt as the legal challenges against it continue, defenders of rights for trans children, including Jennifer Levi, the Transgender Rights Project director for the advocacy group GLAD, one of the plaintiffs in the case, celebrated the ruling.

“This ruling means that parents of transgender children in Alabama will continue to be able to make the healthcare decisions that are best for their families. It is an extraordinary relief. Parents should not be punished for wanting to do what’s best for their kids,” Levi said.

“This ruling means that we will be able to continue providing our child with the medical care he needs and nothing could be more important or more of a relief to our family. Alabama is our home and we hope this cruel law will not be allowed to force us from it. We are fighting for our child and will continuing fighting so that he and all transgender youth in Alabama remain able to receive appropriate medical care.”