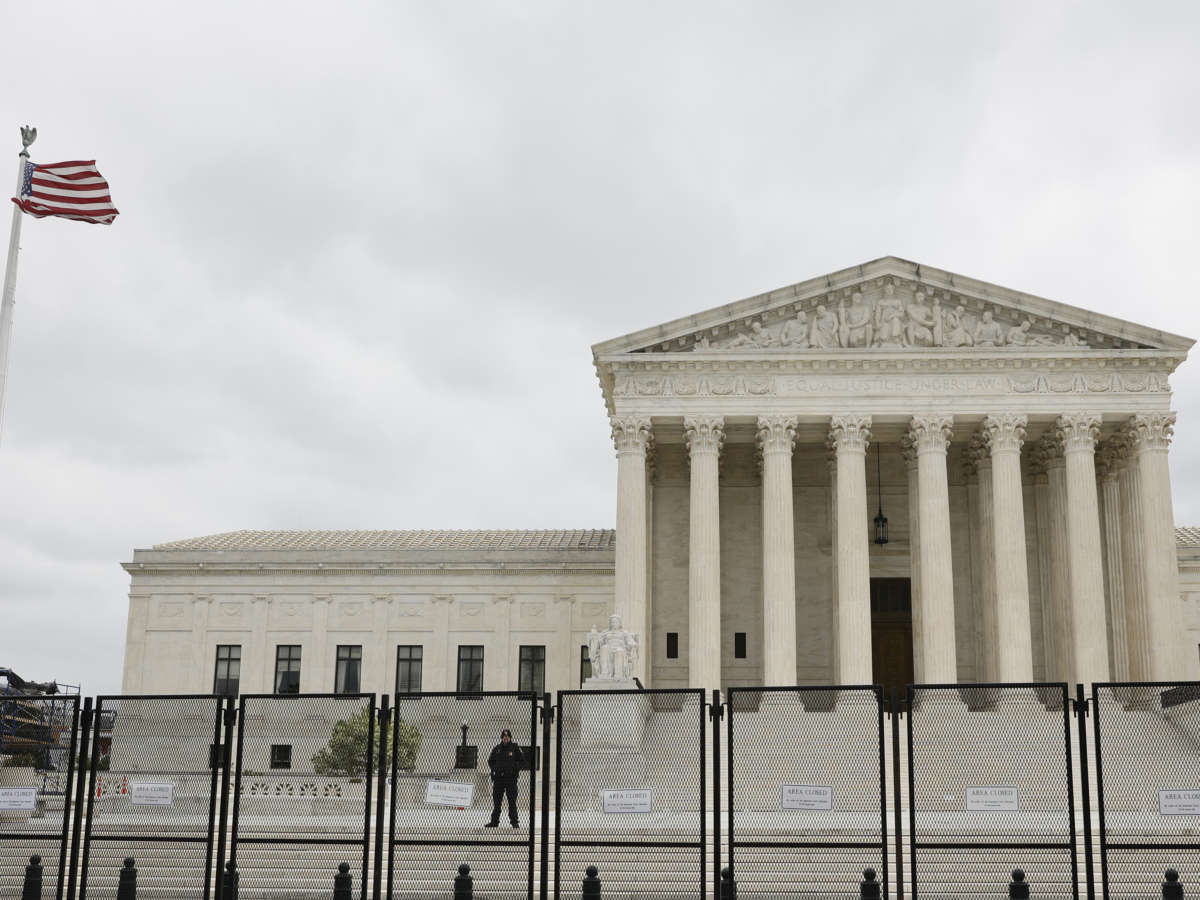 The potential overturn of Roe v. Wade is an attack on bodily autonomy, and opposing it is entirely necessary, especially given most Americans want to keep Roe intact. The public in the United States has less than two months to rally against the Supreme Court’s final decision, and protesting, striking and otherwise opposing a majority right-wing decision to overturn Roe remains dire at this time.

With that being said, we can very effectively show our public disdain for this potential court ruling without comparing the U.S. to Afghanistan’s Taliban government or to Islamic Sharia law, which has been a comparison made to show anger toward this likely judicial outcome. Protesting and showing our support for women and marginalized people’s rights should occur — but not at the cost of stigmatizing Middle Eastern or Muslim people.

Unfortunately, the comparison of losing essential abortion rights in the states to Islamic extremism is not uncommon. After Texas passed its six-week abortion ban in the form of Senate Bill 8 in September 2021, different hashtags like #ShariaLawInTexas and #TexasTaliban went viral on Twitter, gaining thousands of tweets and engagements. Today, the hashtag #AmericanTaliban is also making the rounds, which is another way to associate Islam and the Middle East with a judicial decision made by a minority group of Americans and U.S. voters.

This action is so normalized that Democratic political candidates and verified Twitter users with blue checks and massive followings express these harmful comparisons. Headlines that read “Texas goes Taliban on Abortion Rights” or “The Texas Taliban wing of the Republican Party” are also published across various mainstream news websites, directing the onus to the Taliban and away from the actual source — U.S. politicians.

The comparison of Roe’s potential overturn to Taliban rule is exceptionally ironic, given that the Taliban is now in control of Afghanistan due to the U.S.’s 20-year, manufactured war. The Bush administration consistently expressed the idea of Middle Eastern governments suppressing the rights of women as a justification for the U.S. invasions and occupations of Afghanistan and Iraq. As sociologist Kim Berry points out, the Bush administration used “Afghan women as symbols and pawns in a geopolitical conflict, thereby muting their diverse needs and interests and foreclosing the possibility of contributing to the realization of their self-defined priorities and aspirations.”

First Lady Laura Bush went so far as to make the liberation of Afghan women her purpose during Bush’s presidency, stating that, “Civilized people throughout the world are speaking out in horror — not only because our hearts break for the women and children in Afghanistan, but also because in Afghanistan, we see the world the terrorists would like to impose on the rest of us.”

She implied two ideas: that the Afghan people are uncivilized, and the Taliban would eventually take over the U.S. government and impose their laws on our sovereignty. The propaganda linked to the origin of this false comparison came from the Bush administration, and First Lady Bush further promoted this to legitimize the invasion of Afghanistan. The U.S. Department of State even released the multipage report titled “Taliban’s War Against Women,” which dives deeper into using the Taliban’s extremist subjugation of women’s rights to justify the Afghanistan invasion.

Furthermore, comparisons to an “American Taliban” remain harmful toward Middle East and North African (MENA) populations, both at home and abroad, and lifts the blame from evangelical, white nationalists who are the ones making these decisions in our own country, not the Taliban or other foreign entities.

Conservative and evangelical-leaning groups like the Federalist Society and the Heritage Foundation alone advised the Trump administration with a list of 11 potential Supreme Court nominee suggestions. Elected conservative politicians in this country are to blame for this impending reversal of Roe. These are the groups toward which we must direct our criticism.

Comparing the likely reversal of Roe to Muslim extremism is a cop-out for white Christian nationalism, which is historically embedded in U.S. history. From the earliest days of the Puritans, to the rise of the Ku Klux Klan, the regression of women’s rights in the U.S. is no one’s fault but domestic religious extremists and the U.S. politicians they elect to office.

Before the early 19th century, receiving an abortion was common and accepted throughout North America. But the arrival of immigrants after the Civil War (many of which Catholic) soon threatened the majority white male professional class, and white, Anglo-Saxon protestants launched a campaign against abortion to ensure they remained the majority with power and financial advantage. As women continued to fight for their bodily autonomy, male doctors and politicians attacked abortion as “immoral, unwomanly, and unpatriotic,” writes Leslie J. Reagan in her 1996 book, When Abortion Was a Crime.

Comparing foreign governments in the Middle East not only removes any onus of blame on Christian nationalists and those advocating for this reversal; it elevates stereotypes against people from the MENA region that have historically perpetuated hate crimes and xenophobia.

We must redirect our attention to those actually responsible for this outcome. The U.S. public needs to hold organizations like the Heritage Foundation and the Federalist Society responsible for their ongoing real-life influence in national conservative political pushes. In addition, we must apply that standard to administrations like former President Donald Trump’s, which appointed more conservative judges to federal courts in his first term than in either Barack Obama or Bush’s first presidential terms.

Although it goes without saying that the Taliban is an extremist Muslim group; they aren’t the cause of Roe’s overturn. We need to hold our own elected officials accountable, not an extremist group across the world that has virtually no impact on these political decisions.

We have less than two months to strike, organize, donate and rally before the overturn of Roe could become official. The least we can do is hold the people responsible for the current state we’re in accountable, instead of redirecting blame on the Taliban or Sharia law.

Call it what it is: a minority group of evangelical, conservative, male-dominated, politically appointed people driving policy. Do the necessary work to speak out against their political choices instead of using Bush-era rhetoric to push a narrative rooted in Islamophobia and xenophobia.

The Mars Express spacecraft is finally getting a Windows 98 upgrade