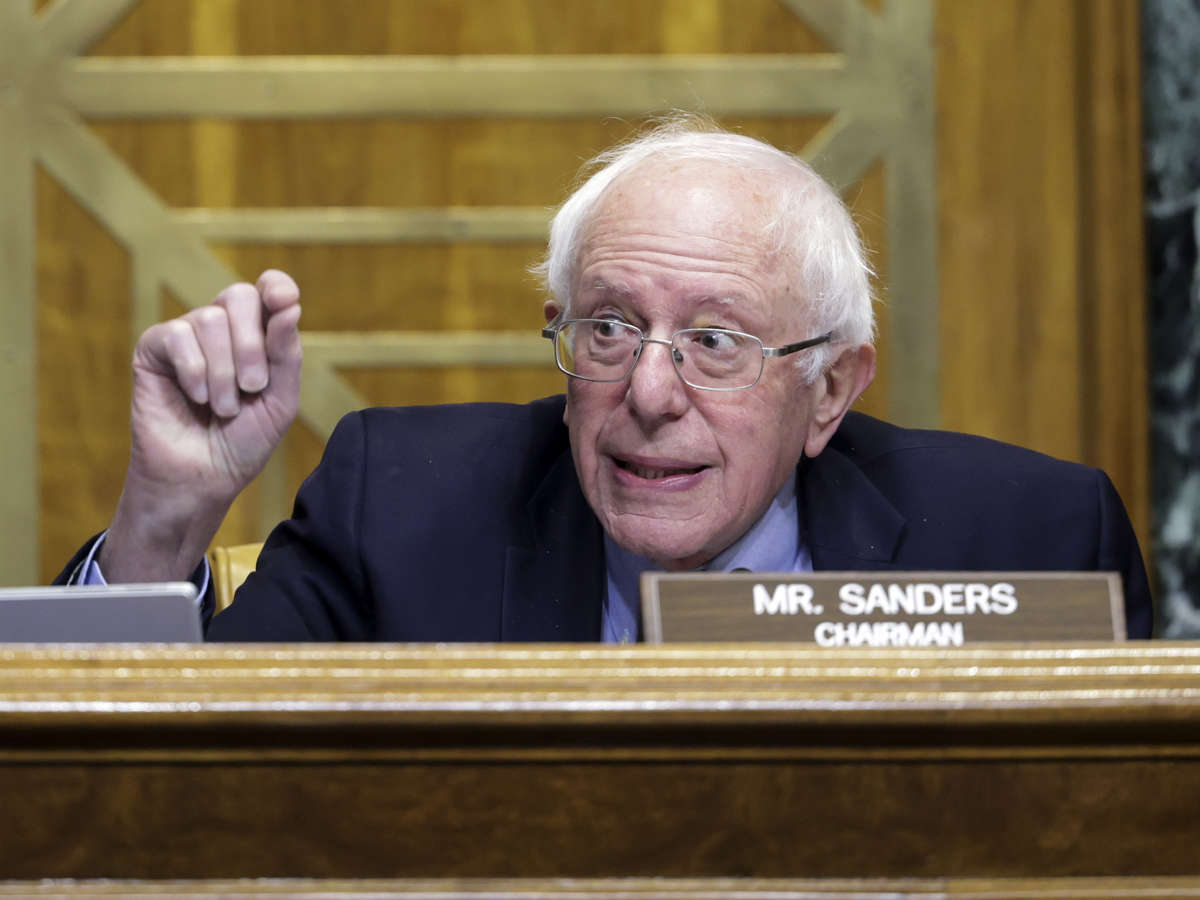 Sen. Bernie Sanders on Friday called the attack on the funeral procession of slain journalist Shireen Abu Akleh that took place earlier in the day “an outrage” that must be condemnation by the U.S. government as he also called for an investigation into the killing.

Friday’s attack was described as “horrific” and “grotesque” across the world after footage emerged of Israeli Defense Forces and security personnel hitting and otherwise assaulting the pallbearers of Abu Akleh’s coffin and other mourners as they made their way through the streets of occupied East Jerusalem.

“The attack by Israeli forces against mourners at the funeral of Palestinian journalist Shireen Abu Akleh is an outrage,” Sanders tweeted Friday afternoon. “The United States must condemn this, and demand an independent investigation into her killing.”

We couldn’t agree more, @SenSanders. We must hold Israel accountable for these atrocities! Help us seek #JusticeForShireen and all Palestinians who were harmed in the attack on her funeral https://t.co/cspj79ZOUm https://t.co/PIqEkf8hKP

Reps. Ro Khanna (D-Calif.), Ilhan Omar (D-Minn.), and Rashida Tlaib (D-Mich.) were among the other U.S. lawmakers who condemned both the attack on mourners and demanded answers about the killing Abu Akleh, a veteran Palestinian-American journalist who had covered the Israel-Palestinian conflict for decades.

Tlaib said the attack on the funeral was the work of Israel’s “brutal apartheid government” while Omar said the incident was “just cruel.”

This is just cruel. https://t.co/XaiL2s8vTC

“This is sickening,” Tlaib said in a tweet responding to footage of the behavior of the Israeli forces. “Violent racism, enabled by $3.8 billion in unconditional military U.S. funds. For the Israeli apartheid govt, Shireen’s life didn’t matter — and her dehumanization continues after death.” She further called on the U.S. State Department to “condemn this horror,” but then asked: “Or does being Palestinian make you less American?”

“We must have an independent investigation into the killing of renowned Palestinian-American journalist Shireen Abu Akleh,” said Khanna on Friday. “Once again I extend my deepest condolences to her family and all those mourning her loss.”