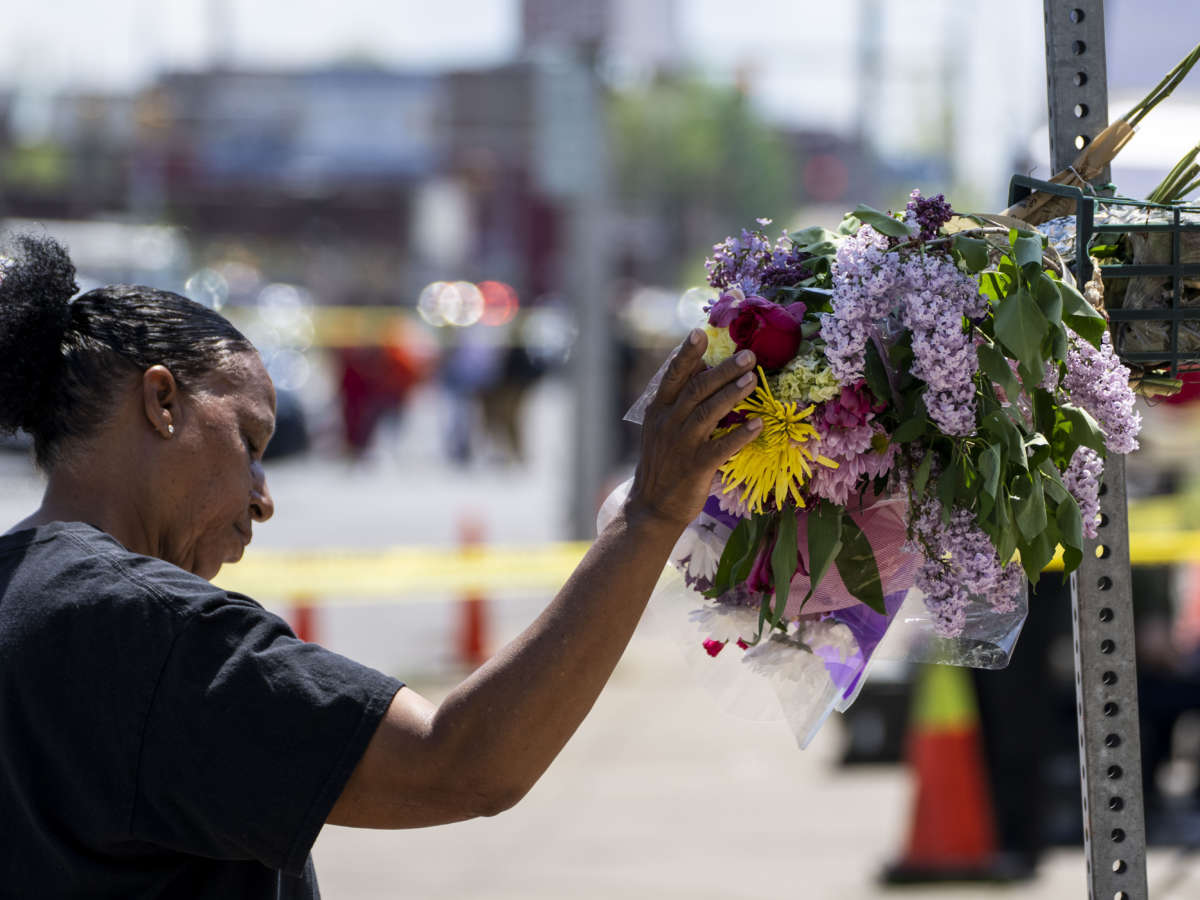 On Saturday, a white supremacist walked into a supermarket in a Black neighborhood in Buffalo, New York, and opened fire. He killed ten people and wounded three others; eleven of his victims were Black. The horrific attack showed the influence of other massacres by the terrorist wing of the “alt-right” that took place during the Trump presidency. The conspiratorial ideology of these attacks, once fringe, now can be found in the mainstream right wing. They also fit within the much longer history of anti-Black lynchings and white supremacist violence that have been occurring for centuries.

Six similar far right attacks killed 86 people in 2018 and 2019. Their intended targets were Muslims (51 killed in Christchurch, New Zealand), Latino immigrants (23 in El Paso) and Jews (including 11 in Pittsburgh). The Christchurch massacre set up a template that other white supremacists have followed: writing a lengthy manifesto and placing it on an online platform associated with the alt-right before the violence, and then livestreaming the attack.

The Christchurch shooting brought worldwide attention to the “Great Replacement” conspiracy theory, which is widespread in the global right wing today. The theory claims there is an intentional plan to change the demographics of majority white countries with a majority of people of color. It usually claims that Muslims and Latinos are the main replacements. In the extreme reaches of right-wing politics, Jews are supposedly behind this plan, and in the more moderate version, the Democratic Party. For both, financier George Soros is one of the puppet masters.

The Buffalo shooter cited the Great Replacement Theory and a number of other centuries-old racist tropes about Black intelligence, sexuality and violence. The attack is another instance of a much older U.S. tradition of mass murder of Black people in the name of white supremacy, one of the most recent examples being Dylann Roof’s 2015 massacre of nine people during a Bible study at a historically Black church in Charleston, South Carolina. Racial justice advocates note that that the police and other agents of the state also perpetrate anti-Black violence on a regular basis.

Christchurch added one of the more recent twists to global white supremacist movements, making “ecofascism” one of its motivations. This combination of traditional fascist politics with environmentalism goes back to the “blood and soil” wing of the original German Nazi party. The new ecofascism supports immigration bans in white-majority areas — only this time, supposedly to protect the environment. The perpetrator of this most recent attack specifically offered up a self-description of being an “ethno-nationalist eco-fascist national socialist.” Dany Sigwalt of the Movement for Black Lives’ Black Hive, a coalition of Black activists and organizations working to lift up Black environmental activists, says some responsibility for the appeal of ecofascism lies with the mainstream environmental movement. Because it did not understand issues of race and colonialism, it “has opened the door for a wave of eco-fascists who see killing Black people are a climate solution.”

The Buffalo-based group Black Love Resists in the Rust said they were “extremely outraged by today’s horrific incident,” which “was nothing less than an act of domestic terrorism. Our hearts are with every individual and family directly impacted by this incident.” The group organized a Sunday morning vigil, and joined “with other community organizations to provide long-term mental health and food access support to people who are impacted,” according to its Facebook page.

This attack is a deeply disturbing demonstration that alt-right ideology continues to inspire attacks on historically oppressed groups across the U.S. This movement, which gained traction in 2015, was able to unite white supremacist activists with more moderate far right populists that permitted people of color, Jews and gay men to join (the so-called alt-lite). In doing so, it created the first new wave of open organized white supremacist politics since the 1980s and ‘90s.

Together, the two wings of the alt-right — fueled by shared approaches like their innovative use of the internet, misogyny, Islamophobia, conspiracy theories, and using irony to both promote its ideas and refuse responsibility for its actions — helped elect Trump. Although a number of individuals and groups popular today have their origins in it — such as Jack Posobiec, Andy Ngo, the Groypers and the Proud Boys — the alt-right seems to have mostly burned out as a specific movement in the last couple years.

The massacre’s perpetrator was only 11 years old when Trump’s campaign started, and between 13 and 15 years old when he was in power — the period that the alt-right flourished. The Buffalo massacre shows that both the alt-right’s ideology, as well as the specific techniques it pioneered, remain influential and deadly today in a country whose history is marked by white supremacist violence.