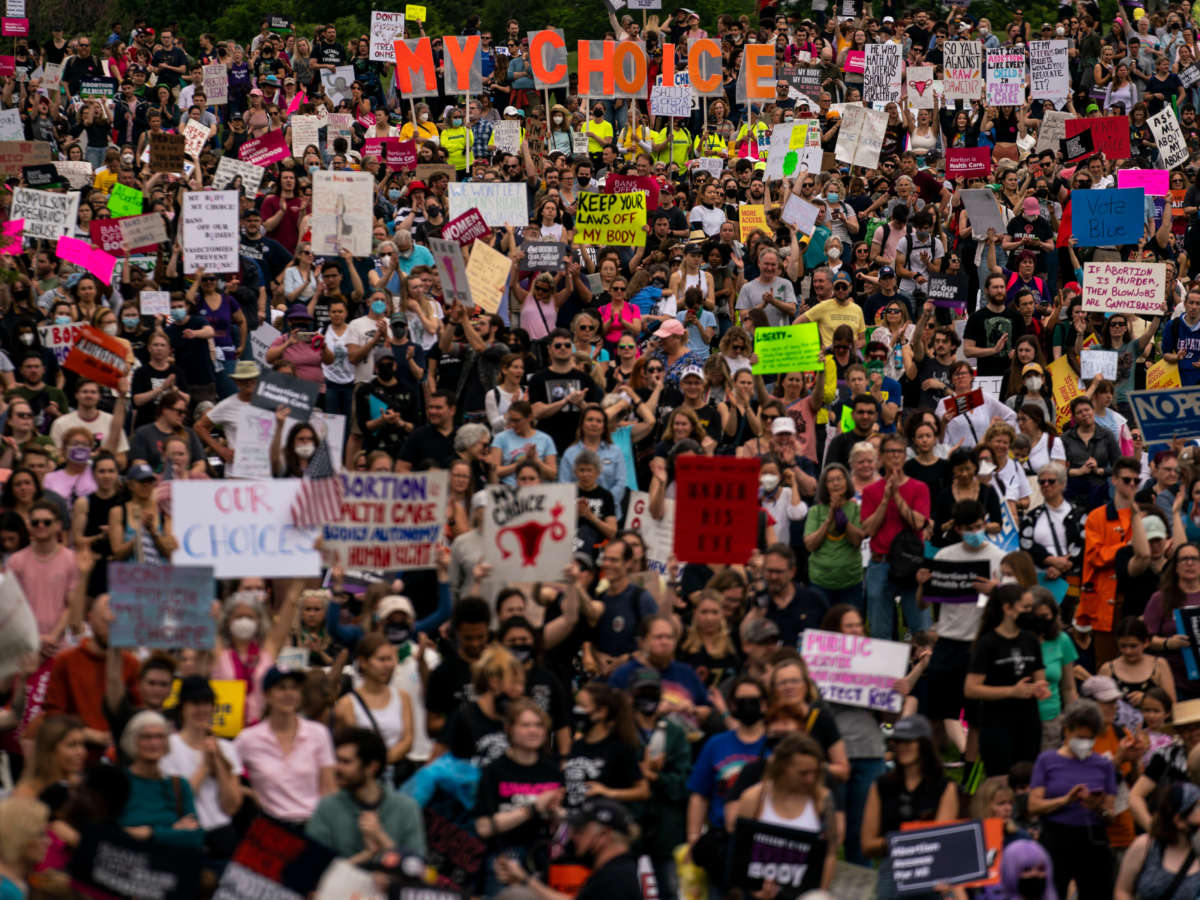 New polling shows that most Americans are opposed to an upcoming ruling from the Supreme Court that would undo federal abortion rights protections across the U.S.

Earlier this month, a leaked draft opinion written by Justice Samuel Alito revealed that a majority of the Court is prepared to rule that Roe v. Wade — the 1973 ruling that enshrined abortion rights protections throughout the U.S. — was “egregiously wrong from the start.”

The draft opinion cites Matthew Hale, an English jurist from the 17th century who was known for issuing death sentences to women accused of witchcraft and who was responsible for precedents that husbands couldn’t be charged with rape against their wives, a legal notion that was widely embraced until the 1970s.

In light of the draft opinion leak, abortion has become a prime issue for voters in this year’s midterm elections, an NBC News survey published on Sunday suggests.

When NBC News last asked the question in March, just 3 percent of respondents said that abortion was the issue that was most important to them. When the same question was asked in May, that number more than tripled, with 1 in 10 voters describing abortion as the most critical issue in this year’s congressional elections.

Nearly two-thirds (63 percent) of the poll’s respondents said they do not want the Supreme Court to abolish the abortion rights protections established in Roe. The poll also found that 60 percent of Americans want abortion to always be legal, or to be legal most of the time, while only 37 percent said they want abortion to be outlawed in most circumstances or never allowed at all.

The NBC News poll is the latest in a line of surveys showing that Americans largely support keeping abortion rights intact across the country. In a recent CBS News/YouGov poll published last week, for example, 58 percent of respondents said that they wanted Congress to pass a law codifying abortion protections, while only 42 percent said that they were opposed to such a measure.

Last Wednesday, a Senate bill to establish nationwide standards on protecting abortion rights failed to pass after it was blocked by every Republican, along with right-wing Democrat Sen. Joe Manchin (West Virginia).