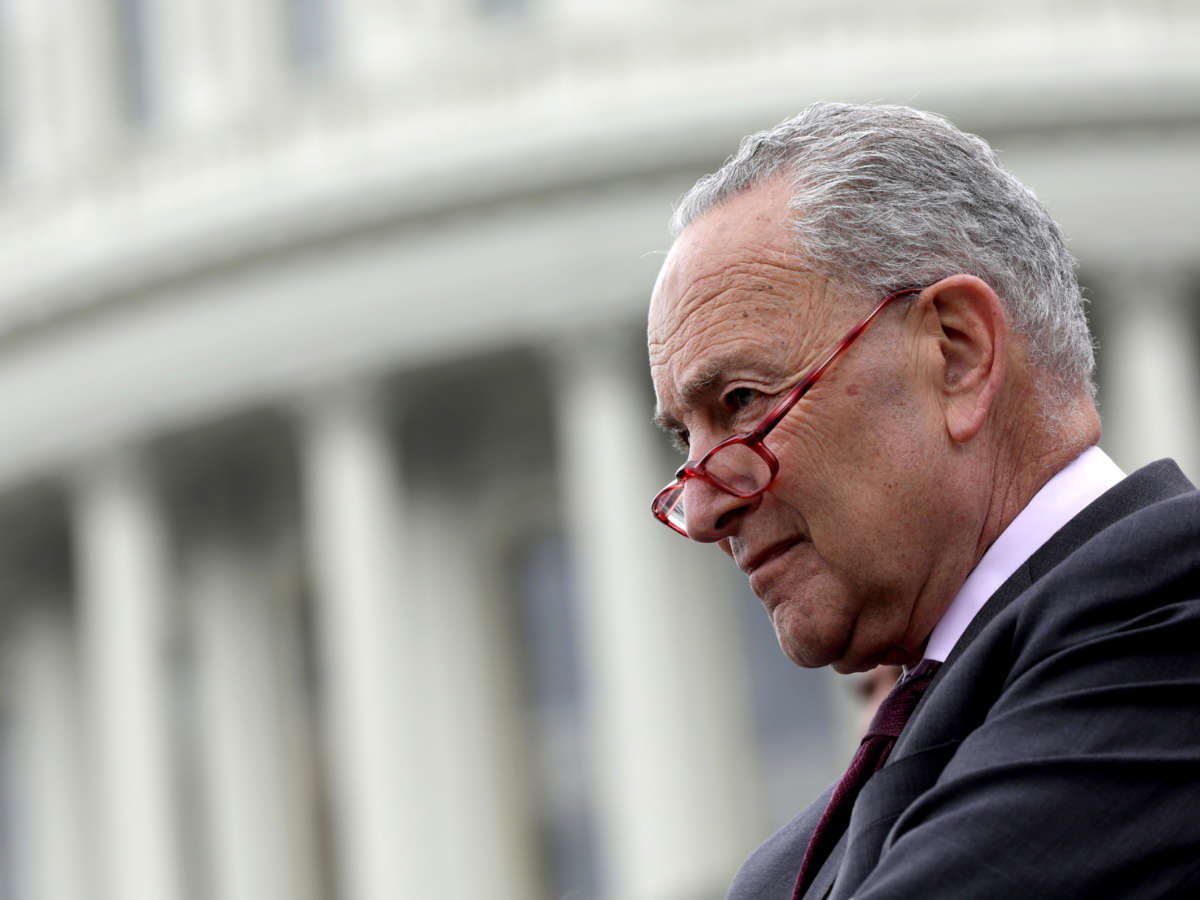 Senate Majority Leader Chuck Schumer (D-New York) sent a letter to executives of both Fox News and its parent company Fox Corporation on Tuesday, demanding that they stop promoting white supremacy on air, and citing the network’s amplification of the so-called “Great Replacement” theory that inspired a white supremacist massacre in Buffalo, New York, last weekend.

That theory, which Schumer rightly points out in his letter “has no basis in fact,” is rooted in far right ideology but is rapidly becoming more prevalent in mainstream conservative circles. Its proponents posit the lie that there is a conspiracy to replace white people with people of color in countries where white people make up the majority of the population, like the U.S.

The theory is cited in the manifesto written by the mass shooter who killed 10 individuals and injured three others in a predominantly Black neighborhood in Buffalo, New York, this past weekend.

Schumer’s letter to Fox executives — including owner Rupert Murdoch, his son Lachlan Murdoch, Suzanne Scott, CEO of Fox News Media, and Jay Wallace, president and executive editor of Fox News Media — was written in response to Fox News’s consistent promotion of the theory, particularly by its news personalities. One analysis of “Tucker Carlson Tonight” found that the primetime host has referenced the racist theory in more than 400 episodes over the past six years.

Carlson responded to criticism of his commentary in light of the horrific Buffalo attack by suggesting that his critics were using the mass shooting as a means to censor him.

“So because a mentally ill teenager murdered strangers, you cannot be allowed to express your political views out loud,” Carlson said on his program Monday night. “That’s what they’re telling you. That’s what they’ve wanted to tell you for a long time, but Saturday’s massacre gives them a pretext and a justification.”

Carlson’s rhetoric from this week alone only confirms Schumer’s point: The network, he said in his letter, is engaged in the “reckless amplification” of a “white nationalist, far-right conspiracy theory.”

“For years, these types of beliefs have existed at the fringes of American life,” the New York senator said. “However, this pernicious theory, which has no basis in fact, has been injected into the mainstream thanks in large part to a dangerous level of amplification by your network and its anchors.”

Schumer then cited a recent poll from the Associated Press, which found that nearly one-third of Americans believe in the theory. That same poll found that Fox News viewers were close to three times as likely to believe in the idea than viewers of other cable news networks.

The problem goes far beyond a single incident, Schumer went on, referencing a 2019 massacre in El Paso,Texas, in which a white man killed 23 people out of anger over a supposed “Hispanic invasion.”

Schumer also recalled a 2018 massacre in which a white man murdered 11 worshippers at the Tree of Life synagogue in Pittsburgh, Pennsylvania. That shooter had blamed Jews “for allowing immigrant ‘invaders’ into the United States,” Schumer wrote.

“I urge you to take into consideration the very real impacts of the dangerous rhetoric being broadcast on your network on a nightly basis,” he concluded.