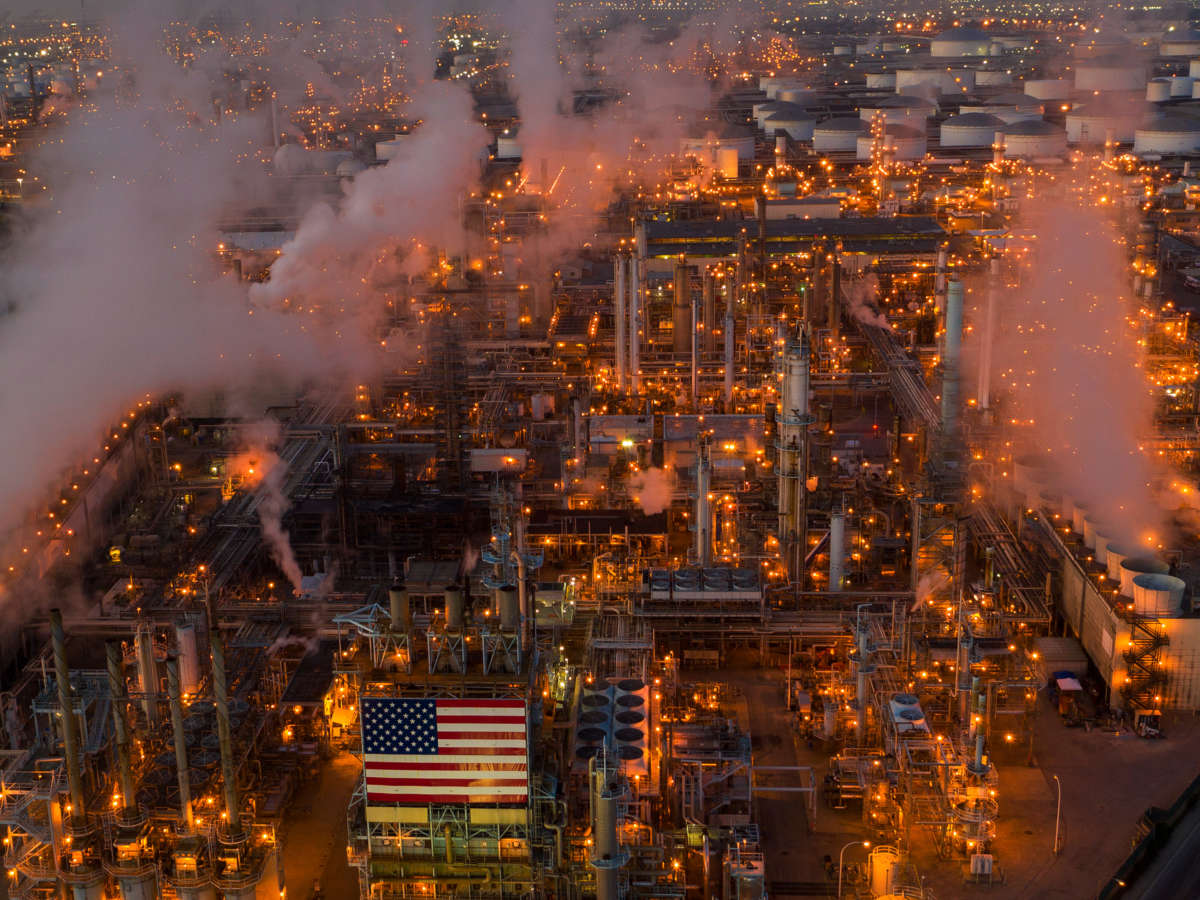 A new study published Tuesday in the journal Environmental Research Letters shows that keeping global warming below the key 1.5°C threshold by the end of the century will require not just halting the construction of new fossil fuel infrastructure, but also shutting down many existing sites.

Led by Kelly Trout of Oil Change International, the study estimates that 40% of fossil fuel reserves at currently operational development sites across the globe must be left in the ground if the world is to have a 50-50 chance of adequately slashing carbon emissions and limiting warming to 1.5°C or below.

If fossil fuel reserves at existing sites are extracted, the researchers find, nations will “substantially exceed” the 1.5°C carbon budget that corporations and governments are already burning through at an unsustainable clip.

The paper, which relies on a commercial model of the world’s
25,000 oil and gas fields, leaves unanswered the question of precisely which existing development sites should be shut down, noting that “it requires considerations of equity and of the best mechanisms to manage a just transition away from fossil fuel jobs and revenues within and between countries.”

One recent analysis suggests that some of the largest fossil fuel companies in the world are planning or already operating more than 190 “carbon bombs,” huge oil and gas projects that could unleash nearly 650 billion tonnes of CO2 emissions and doom efforts to avert climate catastrophe.

“Our findings show that halting new extraction projects is a necessary step, but still not enough to stay within our rapidly dwindling carbon budget,” said Greg Muttitt of the International Institute for Sustainable Development, a co-author of the new study. “Some existing fossil fuel licenses and production will need to be revoked and phased out early.”

“Governments need to start tackling head-on how to do this in a fair and equitable way, which will require overcoming opposition from fossil fuel interests,” Muttitt added.

This new study in @IOPenvironment finds 40% of developed fossil fuel reserves need to stay in the ground to keep 1.5°C in reach – some existing fossil fuel licences & production will need to be phased out early while protecting workers and communities https://t.co/z9nJKLQ3nt pic.twitter.com/xT9OBJf2UJ

The research comes as the fossil fuel industry is exploiting Russia’s assault on Ukraine — and the punitive measures the West has taken in response — to lobby for new fossil fuel development. In late March, the Biden administration pledged to ramp up U.S. gas exports to European Union members as they attempt to wean themselves off of Russian fossil fuels.

Climate advocates warned that the White House’s initiative would likely spur the construction of new pipelines and other fossil fuel infrastructure, potentially locking in more planet-warming pollution as scientists say emissions must be halved by 2030.

“Our study reinforces that building new fossil fuel infrastructure is not a viable response to Russia’s war on Ukraine,” said Trout, Oil Change International’s research co-director. “The world has already tapped too much oil, gas, and coal. Developing more would either cause more dangerous levels of warming, if fully extracted, or create a larger scale of stranded assets.”

Thijs Van de Graaf of Ghent University in Belgium, a study co-author, similarly cautioned that “each new coal mine, gas well, or oil field that is developed deepens political entanglement with the fossil fuel industry.”

“Increasing the scale of extraction-related jobs and investments,” he added, “only makes it harder for governments to manage.”