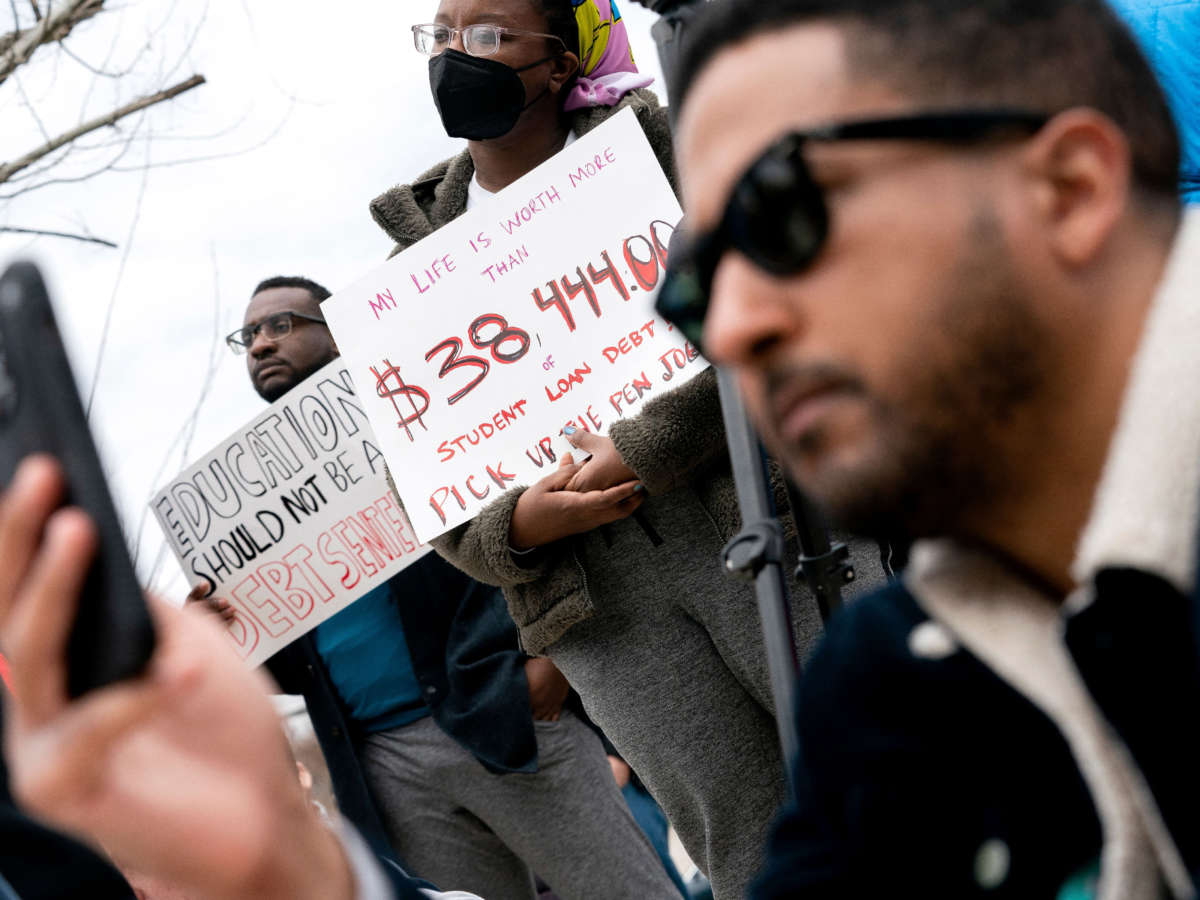 New polling finds that a comfortable majority of young likely voters say that some or all student debt should be canceled, adding to a small mountain of polls conducted in recent months that nearly uniformly show that the issue is popular among Americans.

The Student Borrower Protection Center/Data for Progress polling, released Wednesday, finds majority support for the issue among several groups. Overall, 71 percent of voters aged 18 to 34 support canceling some amount of student debt for all borrowers; even among those who have no student debt, 66 percent still favor cancellation, while a commanding 81 percent of those with debt agree.

Debt cancellation is popular across the political spectrum, the poll finds. Among young voters, 56 percent of Republicans, 66 percent of independents and 84 percent of Democrats say that some or all student debt should be forgiven.

Once considered a fringe idea, the poll also finds that a plurality of young Democratic voters (45 percent) and young voters with student debt (43 percent) say that all student loans should be canceled.

President Joe Biden is in the midst of crafting a plan to cancel some amount of student loan debt as the burden of student debt repayment has skyrocketed over the past decades, threatening the health of the U.S. economy and especially weighing down low-income borrowers.

Progressive lawmakers have urged Biden to cancel some, if not all, student debt for all borrowers, but his administration is reportedly considering a targeted plan that officials say would make the endeavor logistically difficult. Debt cancellation advocates and political analysts further say that placing income caps on debt cancellation would be politically unpopular, and that the program should be broad.

“Younger voters put Joe Biden in the White House on the promise of broad relief from the crushing burden of student debt,” Student Borrower Protection Center Executive Director Mike Pierce said in a statement. “As the country recovers from a devastating pandemic and economic crisis, younger voters across the political spectrum are clear in their expectations for the Biden-Harris administration: building back better means canceling student debt for all borrowers.”

The recent poll is just one of a slew of recent polls from different sources that have had similar findings: most Americans agree that the federal government should cancel some amount of student debt.

A poll of people aged 18 to 29 by the Harvard Kennedy School’s Institute of Politics found in April that 59 percent of respondents support some form of debt forgiveness, while 27 percent said that the government should provide some form of repayment aid.

Further, data shows that action on the issue could help drive young people to vote for Democrats this fall. About 59 percent of young voters in key battleground states like Georgia and Pennsylvania say they would favor voting for a Democrat over a Republican if Biden canceled some amount of student debt.