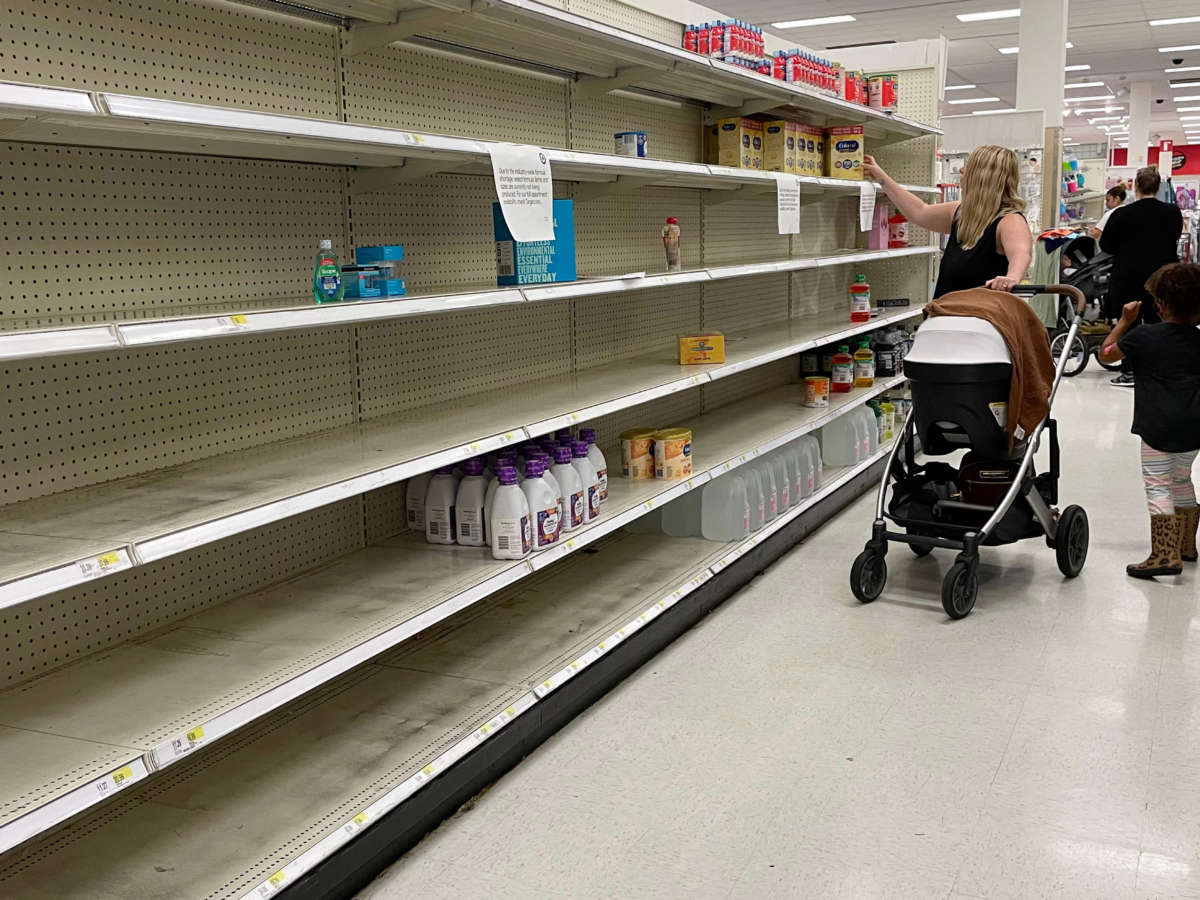 In a push to urge President Joe Biden to take executive action to ease the nationwide baby food shortage, progressive lawmakers are saying that manufacturer Abbott Nutrition should face particular scrutiny for its role in causing the problem.

Representatives Jamaal Bowman (D-New York), Ayanna Pressley (D-Massachusetts), Pramila Jayapal (D-Washington) and Grace Meng (D-New York) sent a letter to Biden urging him to “do everything within your executive authority, across all federal agencies,” to ease the shortage. They say that the president can use the Defense Production Act and powers given to him through the COVID-19 emergency declaration to ease what the lawmakers deem a “crisis.”

“What’s good for our babies is good for our nation, and we must utilize every tool to respond to this crisis expeditiously and comprehensively with the expectation of never allowing it to repeat,” they write. “No corner of the nation is exempt from the infant formula shortage. We write on behalf of our constituents who have shared heartbreaking experiences of driving multiple hours in hopes of finding a store with baby formula in stock, oftentimes only to be met with empty shelves or rising prices.”

The lawmakers call out Abbott Nutrition, which accounts for about 20 percent of the infant formula market, for its role in the shortage. Abbott and three other manufacturers control nearly 90 percent of the U.S. market. In recent years, the company has also had several recalls on its formula because of contamination with harmful bacteria. Federal officials have linked two infant deaths and several hospitalizations to the contaminated formula, though Abbott denies the correlation.

“The harm this corporate greed and industry oligopoly have caused cannot be overstated,” the letter says. “In the same month that health hazards were identified and ignored at Abbott Nutrition’s facility, their sales grew, despite pandemic woes. Abbott Nutrition’s near monopoly has made the American public all the more vulnerable to the harmful consequences of pandemic profiteering.”

There may be weight behind the lawmakers’ assertions. Sen. Finance Committee Chairman Ron Wyden (D-Oregon) is launching an investigation into Abbott Laboratories’ tax rates and stock buybacks, saying that the company’s profit-seeking may have directly caused or exacerbated the shortage.

The lawmakers conclude by saying that the industry should be examined by federal officials in order to identify problem areas and form a regulatory framework to prevent such a shortage from ever happening again. “In the wealthiest nation in the world, a formula shortage is a form of violence that should be absolutely inconceivable,” they say.

The way that the baby food market is structured may also be to blame for the shortage. Since just a few manufacturers control so much of the market, recalls have an outsized effect on supply. The virtual monopolies’ grip on the market also helps to further concentrate their power, raising potential antitrust concerns, the American Prospect reports.

Officials within the Biden administration also acknowledge Abbott’s role in the shortage. Transportation Secretary Pete Buttigieg has placed much of the blame on Abbott. “Fundamentally, we are here because a company was not able to guarantee that its plant was safe,” he said on CBS on Sunday, referring to an Abbott plant in Michigan that was shut down by the Food and Drug Administration (FDA) earlier this year. “And that plant has shut down.”

On Monday, the company reached an agreement with the FDA to reopen the plant in hopes of easing the shortage, under the condition that the company correct its previous sanitation issues. Still, it may be weeks or months before production from the reinstated plant has an effect on the supply of baby formula, and it likely will be longer still before supplies return to normal levels.