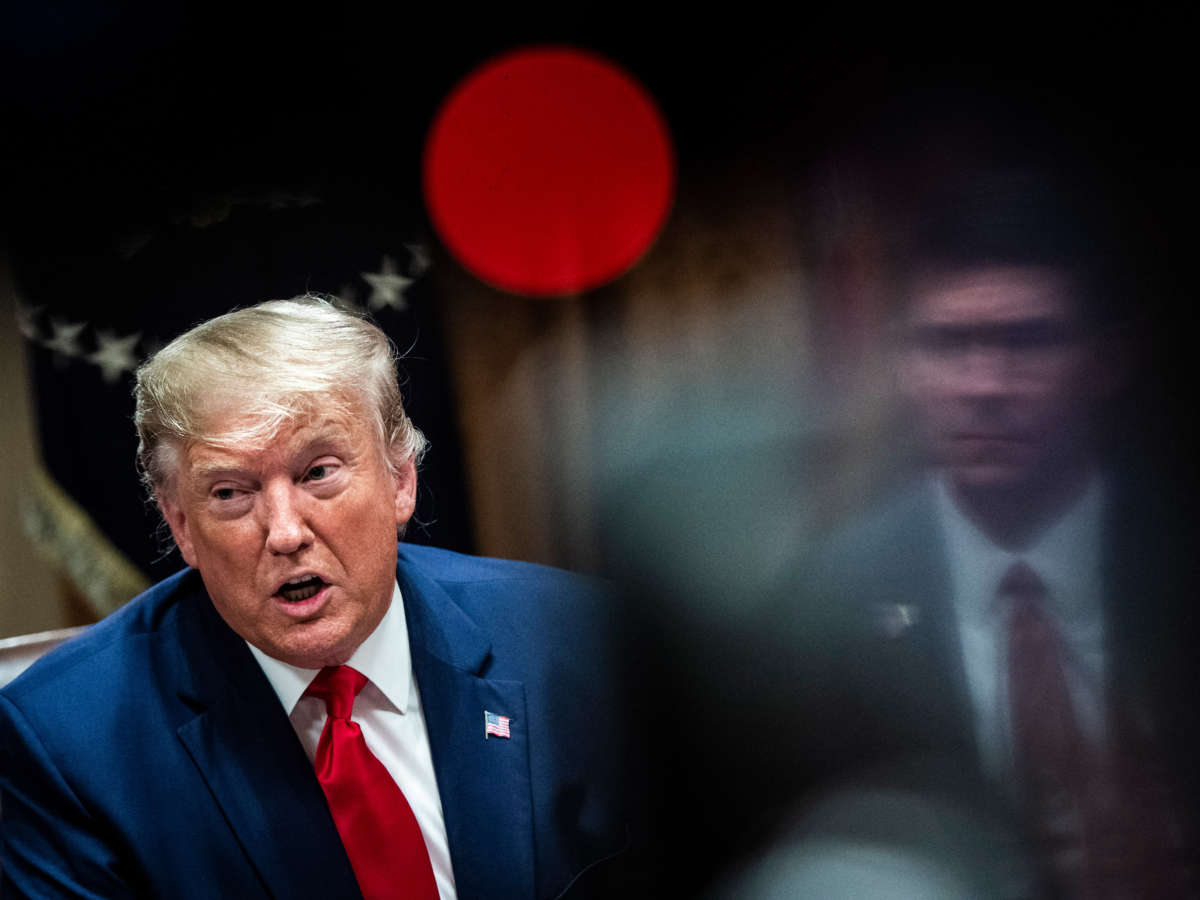 Earlier this month, Politico published an excerpt from the tell-all memoirs of Mark Esper, who served as Trump’s secretary of defense from mid-2019 onward.

Among the revelations that have gotten the most attention — in addition to Trump’s wanting military personnel to shoot Black Lives Matter protesters in the legs, and expressing an interest in court-martialing ex-generals who disagreed with his policy stances — was that of Trump repeatedly averring his desire to shut all of the U.S. embassies in Africa and bring the diplomatic personnel stateside again.

On one level, this is so cartoonish as to be instantly dismissible. Of course a profit-and-power-oriented superpower like the United States would never simply remove all of its diplomatic personnel from an entire continent — one that contains 54 countries, 1.4 billion people, and vast natural resources over which trade partners across the globe are jockeying for access. These off-the-cuff statements were, according to this line of reasoning, simply Trump being Trump and blowing off steam about a part of the world that he never showed any desire to understand.

In reality, such a proposal wouldn’t have a snowball’s chance in hell of passing muster with the State Department, the Department of Defense, the national security agencies, Congress, not to mention the great resource-extraction companies — all of which are at least partly motivated by crass logics of self-interest, and all of whom would instantly see the harm such an unprecedented move would entail. These institutions would never tolerate an act of diplomatic vandalism that would massively weaken the U.S. state and U.S. companies in relation to geopolitical competitors.

But Trump’s uncontrolled speaking-from-the-id remarks are worth noting because they tell a larger truth about his narrow, bigoted, worldview and the degree of his racist disrespect for anyone in the world who is not both white and wealthy. And, as such, they give more than a glimpse of how utterly bizarre, inept, cruel and dangerous a Trump administration-redux would be for the world.

Trump is not the first U.S. president to have snubbed the entire continent of Africa. Ronald Reagan and Lyndon Johnson both traveled widely, but didn’t set foot in a single African country. Similarly, as president, Trump visited two dozen countries while in office, but not one of them was in Africa. Nor did he much spend time in the Caribbean. In fact, he seems to have studiously avoided visiting majority-Black countries.

Yet Trump’s disinterest in the world beyond the U.S.’s borders seems far more engrained than that of other post-World War II presidents, even others who, like Trump, were extremely limited in their travel itineraries. In fact, according to the Atlantic, Trump traveled abroad far less often and far less extensively than did almost all of his post-war predecessors. When he was abroad, he frequently picked fights with other international leaders, at NATO summits, G7 meetings, and other international gatherings, and made clear his desire to be somewhere else. Most of his trips lasted one or at most two days — enough time to have a state dinner and engage in some photo ops, but not enough time to even begin to have meaningful exchanges with people in the country he was ostensibly visiting.

Contrast that with Eisenhower’s 11-nation “Flight to Peace” tour in December 1959; or with Barack Obama visiting 58 countries in his eight years in office. Twenty-one of those were in his first year as president. It’s pretty much impossible to imagine Trump doing the sort of traveling that these two presidents did. Obama, for example, visited South Africa, Senegal, Tanzania, and several other countries in Africa, and made a point to talk to ordinary people in ordinary places for as long as he possibly could. That doesn’t mean all of the policies that Obama directed at Africa were progressive — witness the ongoing military and drone actions in Libya, Somalia, and elsewhere, and the foreign policy failures that triggered a resurrection of the slave trade in Libya — but it does show a president willing to at least listen to, and hopefully learn from, people from different walks of life living far from Washington, D.C.

From the get-go, Trump made clear that he viewed much of the world — and especially non-white, poorer parts of the world — with contempt. His notorious “travel bans,” designed to prevent Muslims from entering the country, disproportionately impacted African countries, although they did also target a handful of Middle Eastern and Asian countries. By the time Trump left office, the ban impacted a total of 13 countries; of these, seven were in Africa. Libya, Somalia and Chad were on the original list released in 2017, and then Nigeria, Eritrea, Sudan and Tanzania were added in in 2021.

The 2021 revision was a largely symbolic addition at that point, given that global travel and migration in the first year of the COVID-19 pandemic had largely ground to a standstill anyway; but it was clearly intended to show that Trump, who was on record as favoring migration into the U.S. from predominantly white countries such as Norway, and opposing migration from the southern hemisphere, was intent on further tightening the U.S.’s borders, over the long term, against immigration from countries he had previously deemed to be “shitholes.” That comment, in early 2018, prompted global outrage and led the African Union to demand an apology — one that was, it goes without saying, not forthcoming.

None of this ought to have been a surprise. Trump has a long track record of disparaging majority-Black nations and Black individuals. In 2017, six months into his presidency, he reputedly declared that all immigrants from Haiti have AIDS. His own former adviser has said Trump frequently uttered anti-Black slurs during his time as a TV star on Celebrity Apprentice. In 1989, when he was best known as a brash real estate mogul in New York, he took out a full-page ad in the New York Times calling for the death penalty against five young Black and Latino men wrongly accused of raping a Central Park jogger. Decades later, when the men were all exonerated, settling with the city for millions of dollars, Trump continued to proclaim their guilt. And Trump’s businesses have also been caught up in allegations of racism — from lawsuits against Fred Trump (Donald’s father) and Donald Trump, alleging violations of the Fair Housing Act in their rental properties in the 1970s, through to allegations that Trump hotels and casinos discriminated against Black customers and Black employees into the 1990s.

Esper ought to have gone public with his allegations about Trump wanting to walk the U.S.’s diplomatic presence off of the African continent years ago, while he was still in office. At this point, it’s a bit late in the day to have a Road to Damascus moment and suddenly proclaim, in an effort to hype one’s book, one’s alarm about the degree to which Trump’s racism made him an “irrationalist” poised to sabotage the geopolitical power of his own nation.

But that doesn’t make the allegations any less shocking. It’s simply terrifying that this man, who holds a cult-leader-like death grip over the modern Republican Party, could quite conceivably return to power in the next election, emboldened even further to implement his fever-dreams of racial hate.