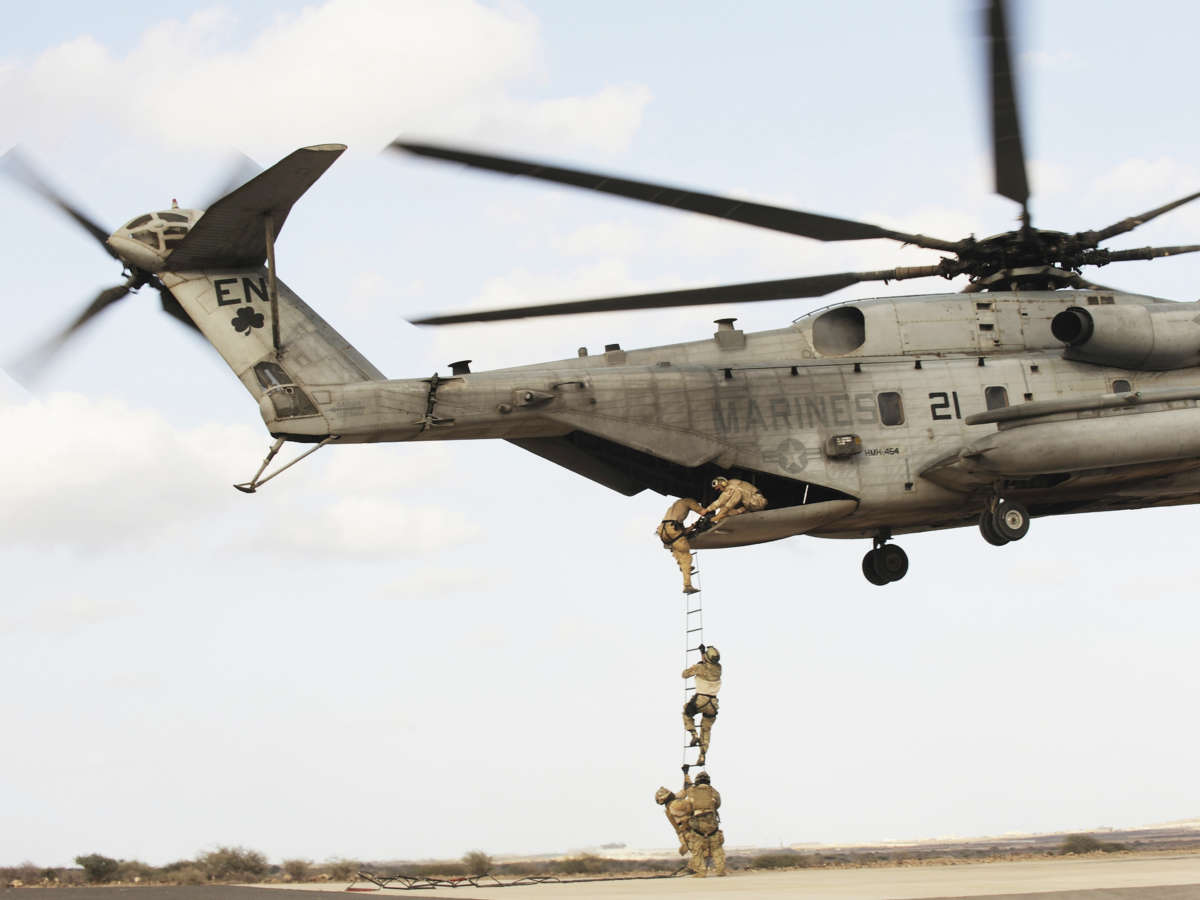 Human Rights Watch on Friday implored the U.S. military to prioritize protecting Somali civilians after President Joe Biden signed off on the re-deployment of hundreds of Special Forces troops to the war-torn African nation, where American drone and other airstrikes have killed at least scores of noncombatants in recent decades.

Pentagon Press Secretary John Kirby announced earlier this week that a “small, persistent U.S. military presence” of around 500 troops would return to Somalia 17 months after then-President Donald Trump withdrew the approximately 750 American service members who were in the country waging and supporting the so-called War on Terror under United States Africa Command (AFRICOM). The U.S., which has been targeting the al-Qaeda-affiliated Islamist militant group Al-Shabaab since the 2000s, most recently bombed Somalia in February.

“U.S. officials should be very clear on how their forces will avoid harming Somali civilians during military operations,” Laetitia Bader, Horn of Africa director at Human Rights Watch (HRW), said in a statement. “They will need to work closely with Somali and African Union authorities to avoid repeating past laws of war violations and promptly and appropriately respond to civilian loss.”

#US troops left #Somalia having failed to recognise many incidents of wrongdoing against civilians, & to provide redress in cases in which harm was acknowledged; with troops to return, time to make commitments to tackling impunity a reality @hrw https://t.co/0dMA4Z92TS pic.twitter.com/egLuF7BMTX

The U.S. has carried out at least 200 drone strikes and an indeterminate number of other aerial bombardments of Somalia since 2004, according to the London-based Bureau of Investigative Journalism. The U.K.-based monitor group Airwars says at least 68 and as many as 143 Somali civilians have been killed by U.S. drones and warplanes since 2007.

“Human Rights Watch reported on two U.S. airstrikes, on February 2 and March 10, 2020, that killed seven civilians in apparent violation of the laws of war,” HRW notes. “While the U.S. Africa Command (AFRICOM) acknowledged responsibility for the February 2 incident, which killed a woman and injured her two sisters, both children, and her grandmother, none of them received compensation.”

Bader lamented that “a culture of impunity for civilian loss breeds resentment and mistrust among the population and undermines efforts to build a more rights-respecting state.”

“The U.S. government recognizes the need to credibly investigate and compensate for civilian harm, but the military has yet to make this a reality,” she added.

HRW said Somalia must be included in the Civilian Harm Mitigation and Response Action Plan announced by Defense Secretary Lloyd Austin in January amid progressive pressure on the Pentagon to reckon with the staggering number of noncombatants killed by U.S. bombs and bullets.

In over 20 years of waging the War on Terror, the U.S. military has killed more foreign civilians than any other armed force on the planet by far. According to the Costs of War Project at Brown University’s Watson Institute for International and Public Affairs, nearly 400,000 civilian men, women, and children have been killed in the U.S.-led post-9/11 wars.