One Billionaire Has Been Created Every 30 Hours During Pandemic, Oxfam Says 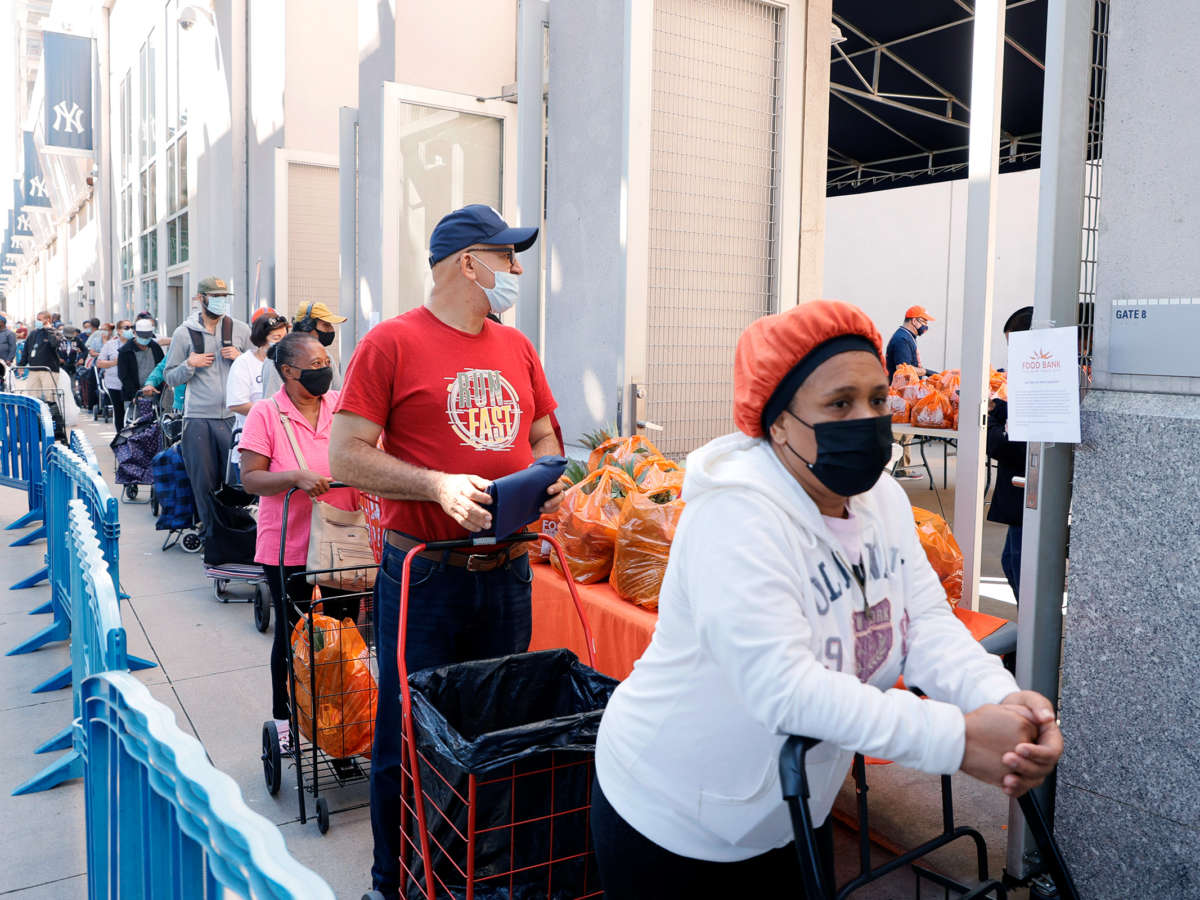 In the shadow of the Davos summit of global elites taking place this week, a new report from Oxfam International details how skyrocketing inequality during two years of the global Covid-19 pandemic surged to a point where a new billionaire was created in the world nearly every day while over one million people are now being pushed into poverty at almost the same daily rate.

The new report — titled “Profiting From Pain” — is the latest accounting of how the pandemic has only deepened grotesque discrepancies between the haves and have-nots of the world, showing that while 573 new billionaires were created since the pandemic began, approximately one billionaire every 30 hours, an estimated 263 million are expected to “crash into extreme poverty” this year — a rate of one million people every 33 hours.

Such stark realities and gross injustice, the anti-poverty group concludes, is clear evidence that a tax on billionaire wealth and windfall pandemic profits is urgently needed to address crucial needs.

For every one billionaire minted since the pandemic began, 1M more people could be pushed into extreme poverty in 2022. While the world is reeling from multiple crises, the world’s wealthiest are unashamedly #ProfitingFromPain of ordinary peopleMorehttps://t.co/47FyVW5b0U pic.twitter.com/rRlKAFv1Nj

“Billionaires are arriving in Davos to celebrate an incredible surge in their fortunes. The pandemic and now the steep increases in food and energy prices have, simply put, been a bonanza for them. Meanwhile, decades of progress on extreme poverty are now in reverse and millions of people are facing impossible rises in the cost of simply staying alive,” said Gabriela Bucher, executive director of Oxfam International.

Among the key findings of the report:

Today, 2,668 billionaires — 573 more than in 2020 — own $12.7 trillion, an increase of $3.78 trillion.
The world’s ten richest men own more wealth than the bottom 40 percent of humanity, 3.1 billion people.
The richest 20 billionaires are worth more than the entire GDP of Sub-Saharan Africa.
A worker in the bottom 50 percent would have to work for 112 years to earn what a person in the top 1 percent gets in a single year.
High informality and overload due to care tasks have kept 4 million women in Latin America and the Caribbean out of the workforce. Half of working women of color in the US earn less than $15 an hour.

While a tall stack of reports has documented such trends since the pandemic took hold in early 2020, Oxfam’s latest study shines a bright light on the massive profits in the key sectors of energy, food, and pharmaceutical companies — all of which are able to consolidate financial gains due to their monopoly control over commodities essential to society.

According to Bucher, the fortunes of the world’s billionaires have “not increased because they are now smarter or working harder” than the average worker, many who faced layoffs, lack of hours, fractured families, childcare crises, and dangerous work conditions throughout the pandemic.

“The super-rich have rigged the system with impunity for decades and they are now reaping the benefits,” she said. “They have seized a shocking amount of the world’s wealth as a result of privatization and monopolies, gutting regulation and workers’ rights while stashing their cash in tax havens — all with the complicity of governments.”

At the same time, she added, hundreds of millions of regular workers and their families “are skipping meals, turning off the heating, falling behind on bills and wondering what they can possibly do next to survive. Across East Africa, one person is likely dying every minute from hunger. This grotesque inequality is breaking the bonds that hold us together as humanity. It is divisive, corrosive and dangerous. This is inequality that literally kills.”

The report notes that the profit margins of the world’s big oil companies doubled during the pandemic, while the cost of energy worldwide is projected to soar by 50% this year — the largest increase in energy prices, the group noted, since 1973. Giant food companies that control a bulk of the world’s food supply and the large pharmaceutical companies, some like Pfizer and Johnson & Johnson which control large portions of the Covid-19 vaccine supply, have been swimming in profits since the virus struck.

Billionaires in the food & energy sectors have seen their fortunes increase by $1B every 2 days while 263M people could be pushed into extreme poverty in 2022 due to the pandemic, inequality & rising food prices. #ProfitingFromPain

With the world’s billionaire class and national leaders meeting in Davos this week as they pretend to meet as stewards of international leadership, Oxfam said there is one clear thing they should do if they want to be taken seriously: support a tax on billionaire wealth.

Among other things, Oxfam calls for a “one-off solidarity taxes on billionaires’ pandemic windfalls to fund support for people facing rising food and energy costs and a fair and sustainable recovery from Covid-19.”

Citing the nearly $8 trillion in tax havens that the global elite is believed to have stashed around the world, the group indicated the global tax system — which has never been defensible — is no longer sustainable in the face of such enormous challenges.

The group is also calling for an end to “crisis profiteering” by introducing a “temporary excess profit tax of 90 percent to capture the windfall profits of big corporations across all industries.” Oxfam estimates that such a tax on less than three dozen “super-profitable multinational companies” could have generated $104 billion in revenue in 2020 alone.

Lastly, Oxfam says a permanent tax on extreme wealth and the disruption of monopoly power by huge multinationals is essential to equalize the world’s economy, lift billions of people out of poverty, and to fund the kind of investments on healthcare, climate action, and social protection for all the low- and middle-income people of the world.

“The extremely rich and powerful are profiting from pain and suffering. This is unconscionable,” said Bucha.

“Over two years since the pandemic began, after more than 20 million estimated deaths from Covid-19 and widespread economic destruction,” she said, “government leaders in Davos face a choice: act as proxies for the billionaire class who plunder their economies, or take bold steps to act in the interests of their great majorities.”