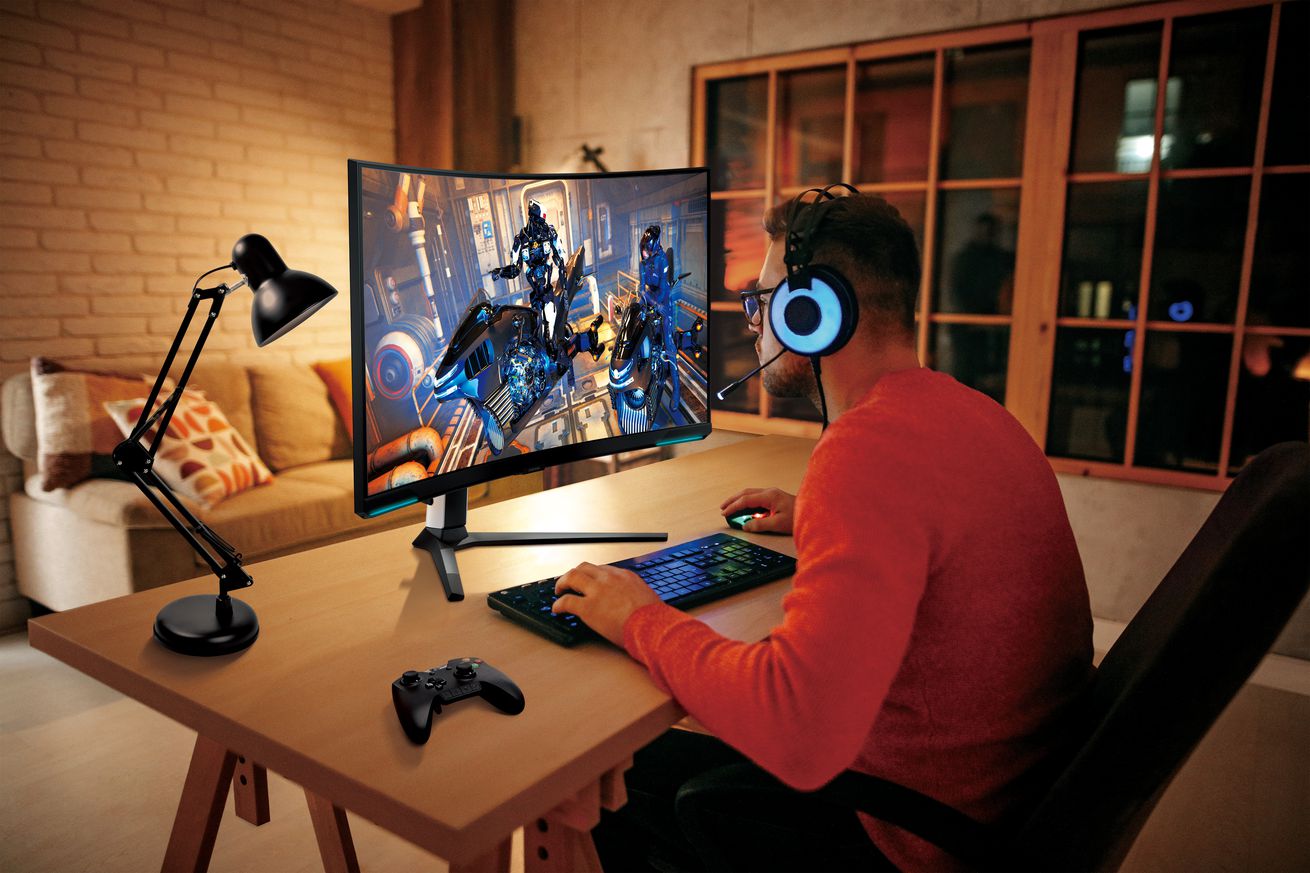 Samsung’s latest high-end gaming monitor — the curved 32-inch Odyssey Neo G8 — is now available to preorder for $1,500 and will be available to purchase on June 6th, the company has announced. The news follows its reveal back at CES in January.

The Odyssey Neo G8 is notable for having a 240Hz refresh rate, making it one of, if not the, fastest-refreshing 4K monitors on the market. Other features include a claimed peak brightness of 2,000 nits, support for Adaptive-Sync (which means it’ll do variable refresh rates with both Nvidia and AMD GPUs), and a curvature of 1000R.

Image: Samsung
Its looks make it clear this is meant as a…