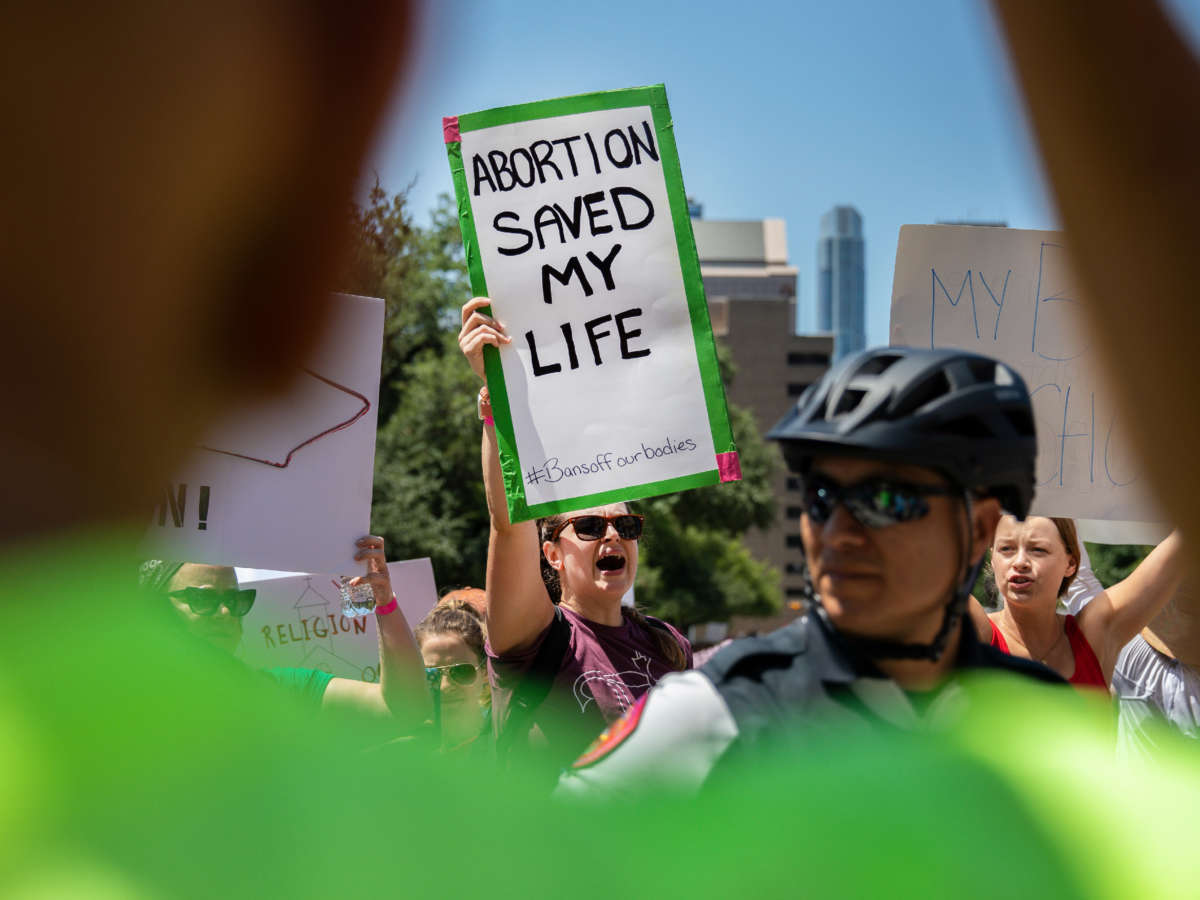 A group of Republican state lawmakers in Texas are threatening to ban companies from doing business in the state if they help their employees obtain an abortion in a state where the procedure is legal if the Supreme Court overturns Roe v. Wade.

According to the Texas Tribune, at least 14 Republican state representatives have pledged to introduce a ban that would stop companies from being able to offer their employees abortion-related health care. Pre-Roe legislation that was never repealed would allow any shareholders of a public company to go after corporate executives for criminal prosecution, according to the lawmakers.

The threat is the latest in Texas Republicans’ quest to place a wide-ranging chilling effect on abortion and to vastly increase criminalization of the procedure. The move is yet another show of the Republican Party’s willingness to take extreme measures to restrict and legislate the population’s bodily autonomy, even if it means contradicting their reputation as the pro-business party or even risking corporations backing out of the state.

The plan was first announced via a letter to Lyft CEO Logan Green that lawmakers sent last week, led by state Rep. Briscoe Cain. The letter was in response to an announcement from Green that Lyft would provide its Texas- and Oklahoma-based drivers compensation for legal fees if they were sued for aiding someone in getting an abortion. The company also vowed to cover travel costs for abortion seekers within the company that have a health care plan, in order to combat undue costs under “these cruel laws.”

“The state of Texas will take swift and decisive action if you do not immediately rescind your recently announced policy to pay for the travel expenses of women who abort their unborn children,” lawmakers wrote in the letter.

The extent of lawmakers’ overall support for the legislation is currently unclear. But with a Republican trifecta in the state, and with many extremist right-wing legislators in office, the legislation could pass and make it even harder for people to access abortion care. In emails with the Texas Tribune, Cain appeared to be confident that the bill would get support among the party.

Other companies, including Texas-based ones, have also announced plans to provide abortion aid to their employees in recent weeks, as the country is facing a likely overturn of Roe v. Wade. Corporations offering these benefits have likely calculated that paying for abortion care is cheaper than paying for a pregnancy and parental leave; people who plan on becoming pregnant are often discriminated against by employers.

With many major corporations — including Amazon, Citigroup, Apple, and Starbucks — announcing plans to help employees receive aid to pursue an abortion in another state, the bill could have a vastly negative effect on the state’s economy and employment.

Even if there are economic consequences for Republicans’ far right laws, however, the party seems increasingly willing to feud with corporations in order to get their way, threatening to withdraw companies’ government support and to boycott if corporations don’t fall in line.