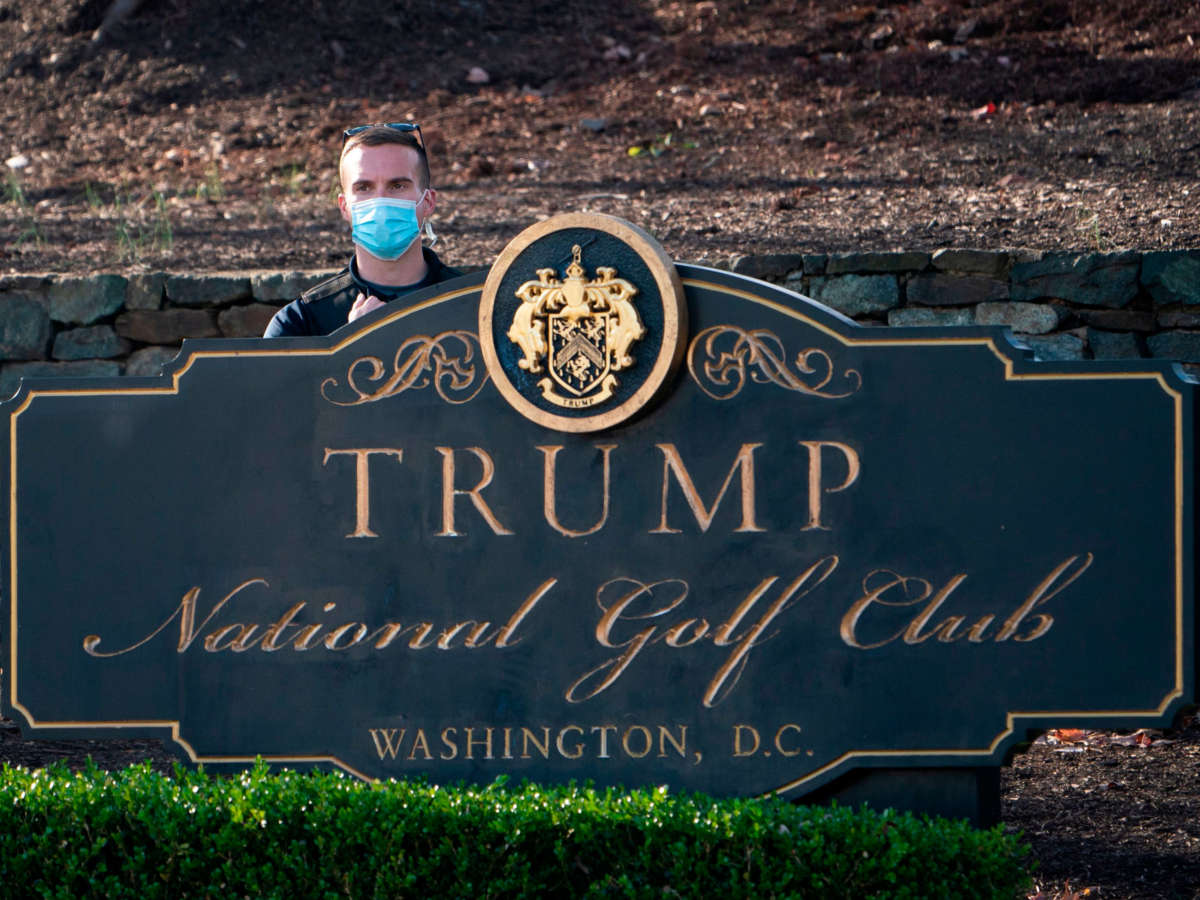 The Secret Service has spent millions of dollars in taxpayer funds in payments made directly to Trump Organization properties, an analysis by a government watchdog group has found.

The agency spent the funds at properties owned by former President Donald Trump, starting from the start of his presidency in 2017 and continuing after he left office in 2021, according to Citizens for Responsibility and Ethics in Washington (CREW).

The organization’s findings are based on government records it recently obtained. According to those records, the Secret Service spent around $1.75 million to pay for their employees’ stays and other use-of-facilities fees at Trump properties.

“However, these records appear to be incomplete,” CREW said in a recent blog post on its website, noting that “previously published records, by CREW and others, which do not appear to be included in the documents, account for thousands more in Secret Service spending at Trump properties, bringing the likely grand total closer to $2 million.”

According to the watchdog organization, the Secret Service spent more than $300,000 at Trump’s Mar-a-Lago estate in Palm Beach, Florida, alone. Trump, who was an avid golfer during his time in office, required the Secret Service’s protection while he was golfing — resulting in the agency spending anywhere from $850,000 to $1 million at his properties to do so.

The federally-funded expenditures essentially amounted to the agency “literally paying Donald Trump for the right to protect him and his family,” CREW staffers Caitlin Moniz and Jordan Libowitz said in their post about the spending.

“Of course presidents and their families need to be protected,” Moniz and Libowitz continued. “But Trump is ostensibly a billionaire … and these were not personal residences.” The duo noted that any money spent to protect Trump and his family at Trump Organization properties directly financially benefited the former president.

The two went on:

It would be bad enough that he visited his properties nearly 550 times while in office, but it is much worse that he was using the trips to line his pockets with taxpayer money via his Secret Service protection.

“As Trump is still protected by Secret Service agents, the spending — which began before his oath of office — at his properties continues,” they added.

Trump reneged on several promises that he wouldn’t benefit from his private businesses while he was in office. The Trump Organization claimed that use of his properties would actually benefit taxpayers because they could charge the Secret Service less than other properties could, for instance — yet a later analysis found that the company was charging higher prices than originally promised.

Trump also pledged to donate all of his earnings as president back into the government coffers. However, as of last year, he hadn’t completed that pledge, failing to pay back earnings from the final half of his last year in the White House.

Still, even if Trump had returned those payments, the $2 million the Secret Service paid to his properties exceeds the $1.6 million total he would have given back to the government as part of his promise.but

Trump also earned around $1.6 billion in corporate earnings from his various properties and products while he was president, according to a separate CREW analysis from early 2021. The organization said that the earnings were largely the result of Trump’s role as president, and that the money exemplified his “four years of brazen corruption.”