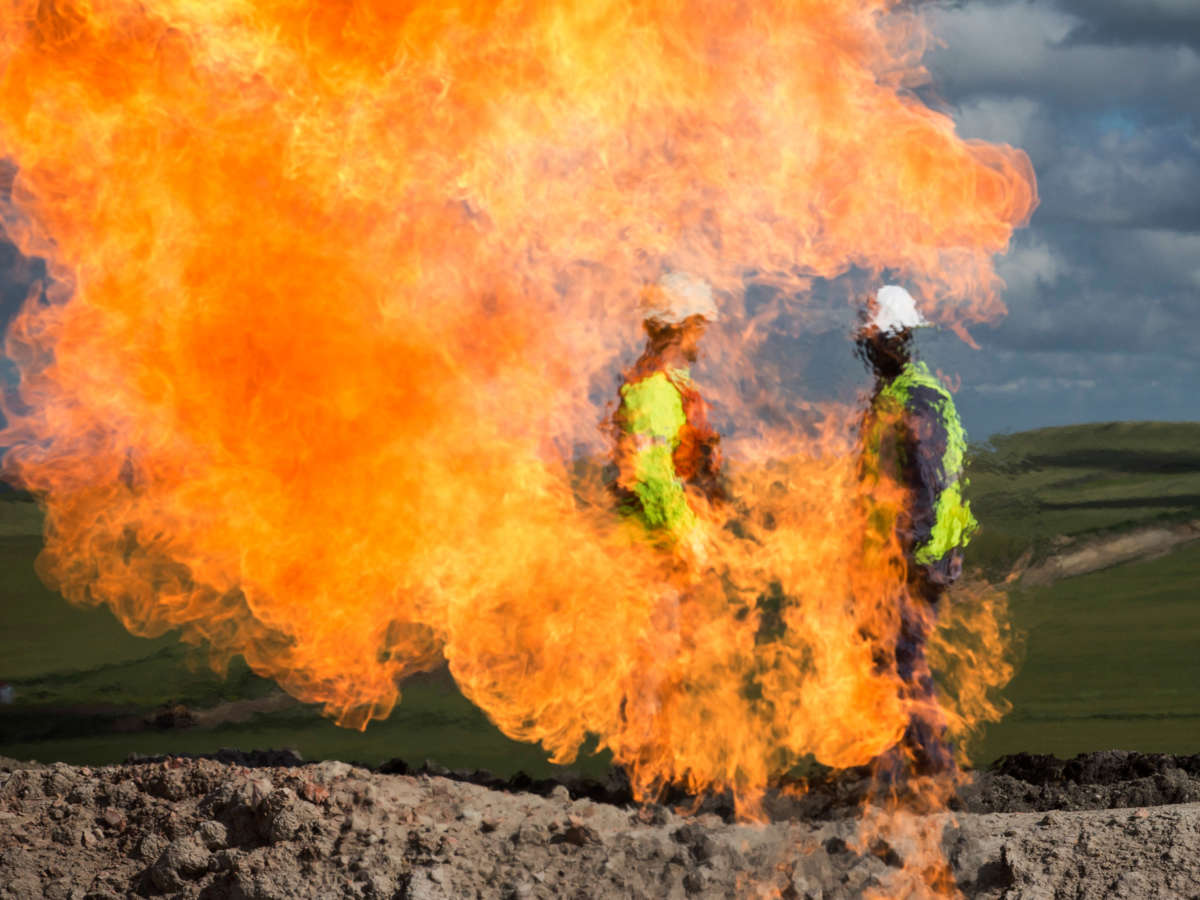 An annual assessment released Monday by a U.S. agency underscored the need to dramatically cut planet-warming pollution with a notable revelation about heat-trapping gases over the past three decades.

Greenhouse gas (GHG) pollution from human activities trapped 49% more heat in the atmosphere in 2021 than in 1990, according to the National Oceanic and Atmospheric Administration (NOAA).

NOAA announced that finding in its update of the Annual Greenhouse Gas Index (AGGI), which converts the warming influence of carbon dioxide — or CO2, the most common GHG — as well as methane, nitrous oxide, chlorofluorocarbons, and 16 other chemicals into one number that can be compared to previous years, as the agency explained in a statement.

“The AGGI tells us the rate at which we are driving global warming,” said Ariel Stein, acting director of NOAA’s Global Monitoring Laboratory (GML).

NOAA’s yearly update of the Annual Greenhouse Gas Index, or AGGI, is out. Our actions and emissions are heating our planet. https://t.co/OKFmerqR85

Echoing other experts and reports — including recent publications from the Intergovernmental Panel on Climate Change (IPCC) — NOAA scientists on Monday urged humanity to reduce GHGs.

According to the agency, “Roughly 36 billion metric tons of CO2 are emitted each year by transportation, electrical generation, cement manufacturing, deforestation, agriculture, and many other practices.”

“CO2 is the main player because it stays in the atmosphere and oceans for thousands of years and it is by far the largest contributor to global warming,” said GML senior scientist Pieter Tans. “Eliminating CO2 pollution has to be front and center in any efforts to deal with climate change.”

Still, as a study published Monday in the Proceedings of the National Academy of Sciences made clear, cutting CO2 is not enough. Co-author Veerabhadran Ramanathan, an adjunct professor in the Department of Global Development at Cornell University’s College of Agriculture and Life Sciences, said that “we have a near-term and long-term climate crisis.”

“In the near-term, the planet is likely to cross the 1.5°C warming threshold in the next 10 years,” Ramanthan explained, referencing the more ambitious Paris agreement target for 2100. “On the longer-term, with unchecked emissions, the warming can exceed the catastrophic 3°C by end of century.”

“This study clarifies a long-standing misunderstanding on the role of non-CO2 climate-warming pollutants,” he said. “In so doing, it demonstrates why we should simultaneously reduce emissions of both CO2 and non-CO2 pollutants.”

“We can’t solve the fast-moving #Climate problem with slow-moving solutions. Like #Maverick [the #TomCruise character in #TopGun], we’d better start feeling the need for speed.”
https://t.co/TqTfNYfwOU

NOAA noted Monday that methane, or CH4 — which is up to 87 times more potent than CO2 over a 20-year period — is the second-most important GHG in terms of humanity heating the planet.

“Causes for the dramatic post-2007 increase are not fully understood, but NOAA scientists have concluded that changes in isotopic composition of atmospheric methane over time point to microbial sources, likely from wetlands, agriculture, and landfills, as the dominant driver,” the agency said. “Fossil fuel emissions, they suggest, have made a smaller contribution.”

Xin Lan, a Cooperative Institute for Research in Environmental Sciences (CIRES) scientist working in the GML, explained that “we should absolutely target manmade methane emissions — especially those from fossil fuel — because it is technologically feasible to control them.”

“If wetlands are giving off more methane because of warming and changes in global precipitation caused by rising CO2 levels, that’s something we can’t control directly,” the expert added. “And that would be very concerning.”

While U.S. President Joe Biden last year joined with European Union to launch an international methane pledge and the American leader has vowed to halve the nation’s emissions, relative to 2005, by the end of this decade, Republicans and a few right-wing Democrats in Congress have blocked legislation to deliver on those climate goals.

In response to NOAA’s AGGI announcement, David Doniger, senior strategic director of the Natural Resources Defense Council’s Climate and Clean Energy Program, tweeted: “Getting hot in here. Gotta get congressmen and senators to do more midday outdoor events in their dark suits.”