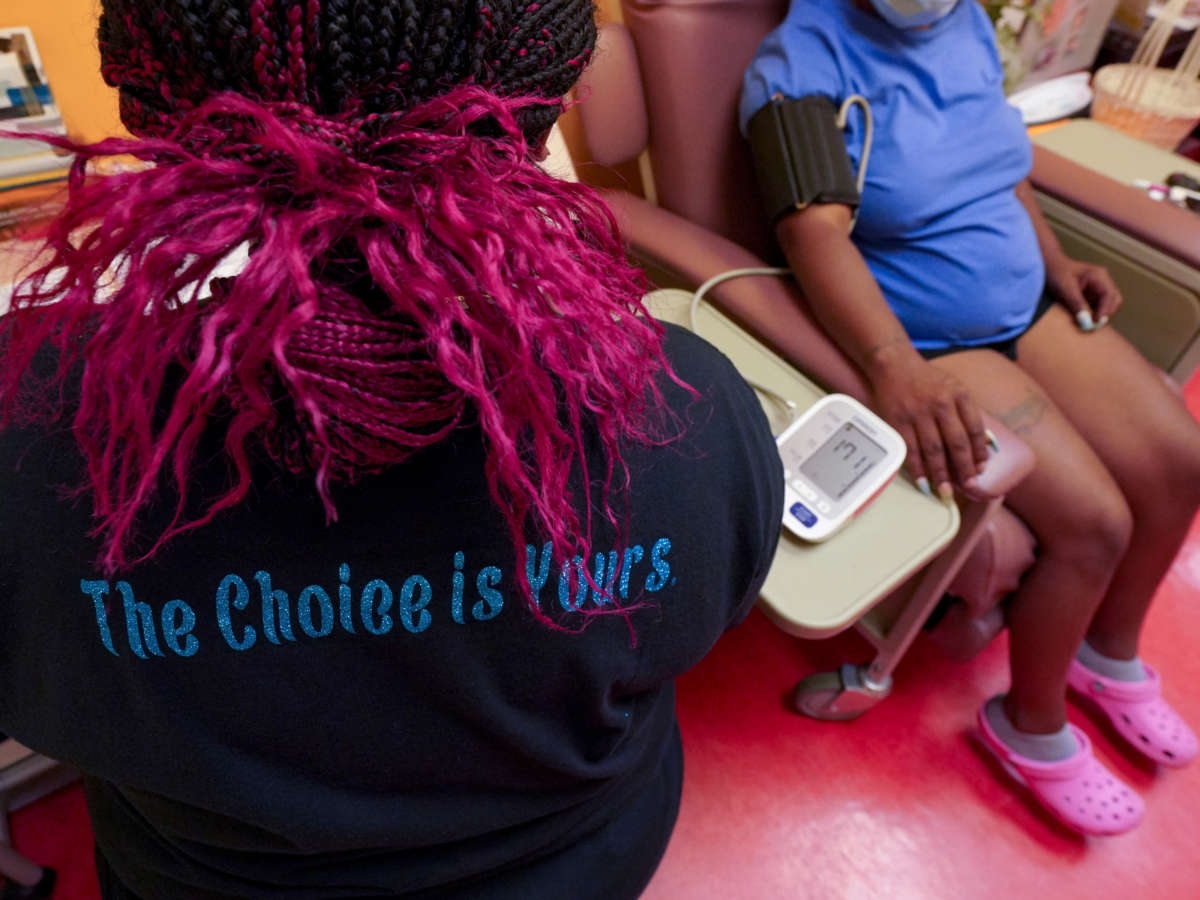 Sixteen Senators have sent a letter to the Federal Trade Commission (FTC) asking the agency to protect abortion clinic patients’ data from being sold after revelations that at least two companies had been doing so.

In the letter, first reported by Refinery29, the lawmakers asked FTC Chair Lina Khan to detail what the agency is doing to prevent data firms from putting abortion seekers at risk with their location data.

“In light of reports that the Supreme Court is set to overrule Roe vs. Wade, we are concerned about the privacy of women making decisions that should be between them, their families, and their doctors as they have for nearly five decades,” the lawmakers wrote, using the term “women” instead of more accurate language that includes trans men and nonbinary people. “Banning and criminalizing abortion in parts of our country could create added risks to those seeking family planning services in states where abortions remain legal.”

Recent reporting has found that two data firms, SafeGraph and Placer.ai, are sellling abortion clinic patients’ location data, including where patients live, how long they stayed at the clinic and where they may have gone before and after the visit.

Motherboard found that they were able to access such data using simple searches on the companies’ websites, meaning that the data is easily accessible by anti-abortion hate groups, who have used such data before to target abortion seekers. The publication was able to buy data from SafeGraph showing locations of people who had visited over 600 Planned Parenthood clinics for only $160 — mere pennies for anti-abortion groups with millions of dollars in funding, some of which comes from conservative benefactors like the Koch family.

With laws like Texas’s abortion ban, which essentially authorizes citizens to become bounty hunters, and with 26 states poised to ban abortion if Roe is overturned, the data could be used to harangue abortion seekers and providers, or even people who visit a clinic like Planned Parenthood that provides abortions along with other reproductive health services.

Anti-abortion vigilantes have waged attacks on abortion clinics for years, and clinics are bracing themselves for a rise in violence and harassment if the Roe overturn is officially issued.

“As reproductive rights are under attack across the country, we must do everything possible to protect the safety and privacy of women accessing the healthcare they need,” Klobuchar told Refinery29 in a statement. “Personal decisions such as those about contraceptives or abortion should remain between a woman and her doctor, not some data company that is willing to share location tracking information to the highest bidder.”

The lawmakers asked the FTC if it is making moves to allow people to remove their data if it is being sold online and if the agency is planning on taking more general moves to “mitigate harms posed by mobile phone apps that are developed to collect and sell location data.”

Indeed, outside of data specifically related to abortions, hate groups are using data to target marginalized groups. Motherboard reported last year that the people behind the Catholic Substack newsletter The Pillar used location data tied to LGBTQ dating app Grindr in order to track and identify a priest who was using its services, which ultimately led to his resignation.

The FTC has announced measures it will be taking to protect data, especially that of children, from being sold online, but has yet to speak about abortion-related data.