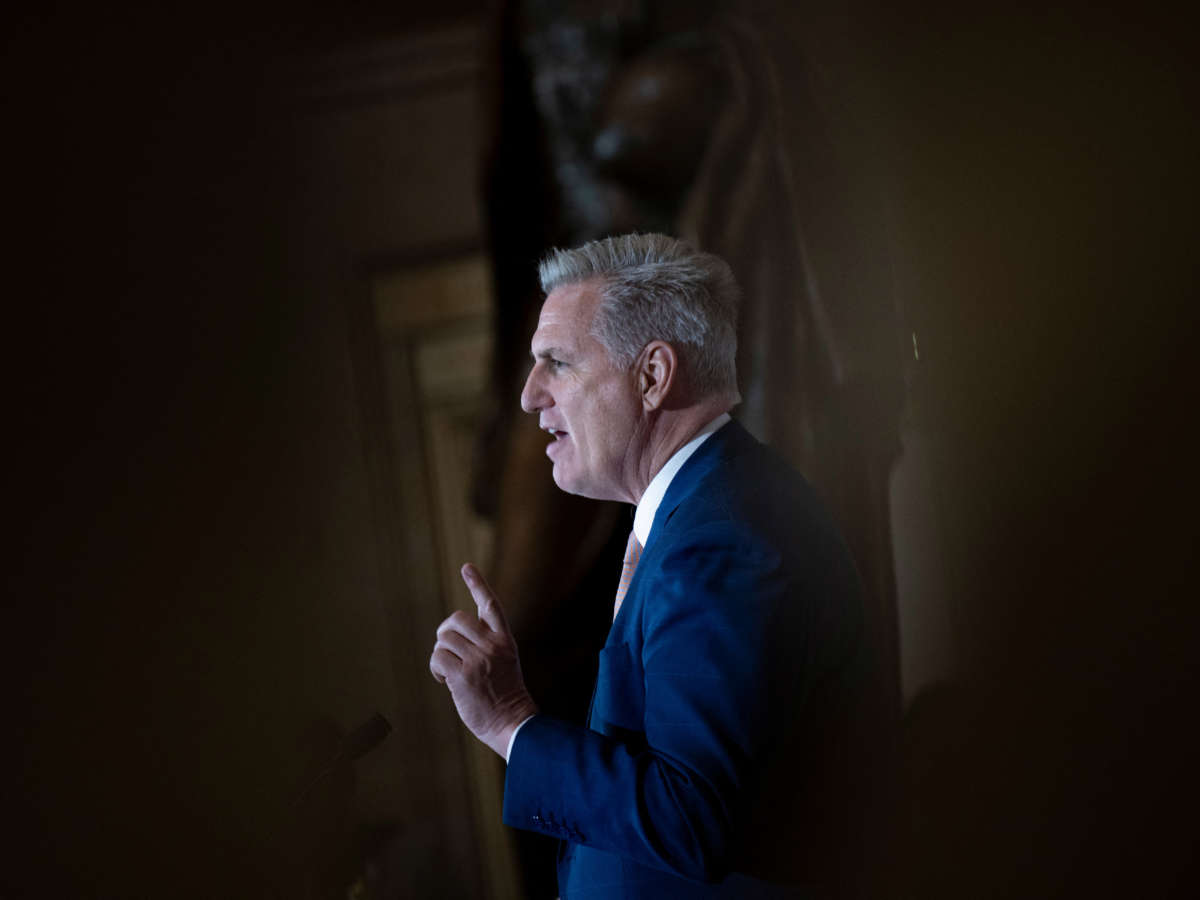 McCarthy backtracked his calls for an inquiry in the weeks after he told Republican colleagues that he was upset with Trump’s behavior. The newly released audio contradicts a number of talking points McCarthy frequently uses to criticize the House select committee investigating the attack.

In the audio of his conversations, which were obtained and published by CNN, McCarthy states that he is in favor of investigating the attack on the Capitol, which was carried out by a mob of Trump loyalists shortly after the former president gave an incendiary speech outside of the White House on January 6, 2021.

The top Republican in the House recounted what took place in his office on the day of the attack, saying that he demanded that Trump order his followers to stop engaging in violence, to no avail.

“When they started breaking into my office, myself and the staff got removed from the office,” McCarthy says in the audio, which was recorded five days after the Capitol attack. “In doing so, I made a phone call to the president, telling him what was going on, asking him to tell these people to stop, to make a video and go out. And I was very intense and very loud about it.”

McCarthy made clear that he wanted a congressional inquiry into the attack to be established.

“We cannot just sweep this under the rug. We need to know why it happened, who did it and people need to be held accountable for it,” he said. “And I’m committed to make sure that happens.”

McCarthy on Tape describing his phone call with Trump pic.twitter.com/CCY9NnUopA

Previously released audio has also showcased McCarthy’s frustration with Trump in wake of the attack. The California Republican had described the former president’s actions as “atrocious and totally wrong,” acknowledging that Trump had “incit[ed] people” to breach the Capitol building with his speech earlier in the day.

But after meeting with the former president weeks later, McCarthy ultimately opted to change his tune. McCarthy has since stood in the way of all attempts to establish an inquiry into the attack; after the January 6 select committee was officially formed, he repeatedly sought to undermine its work by trying to enlist Trump-aligned Republicans who were directly involved with attempts to overturn the election, only to be blocked by Speaker of the House Nancy Pelosi (D-California).

Last month, McCarthy himself was subpoenaed by the January 6 committee, ordered to appear before investigators to discuss his communications with Trump during the breach of the Capitol. McCarthy has said he will not comply with the subpoena order.