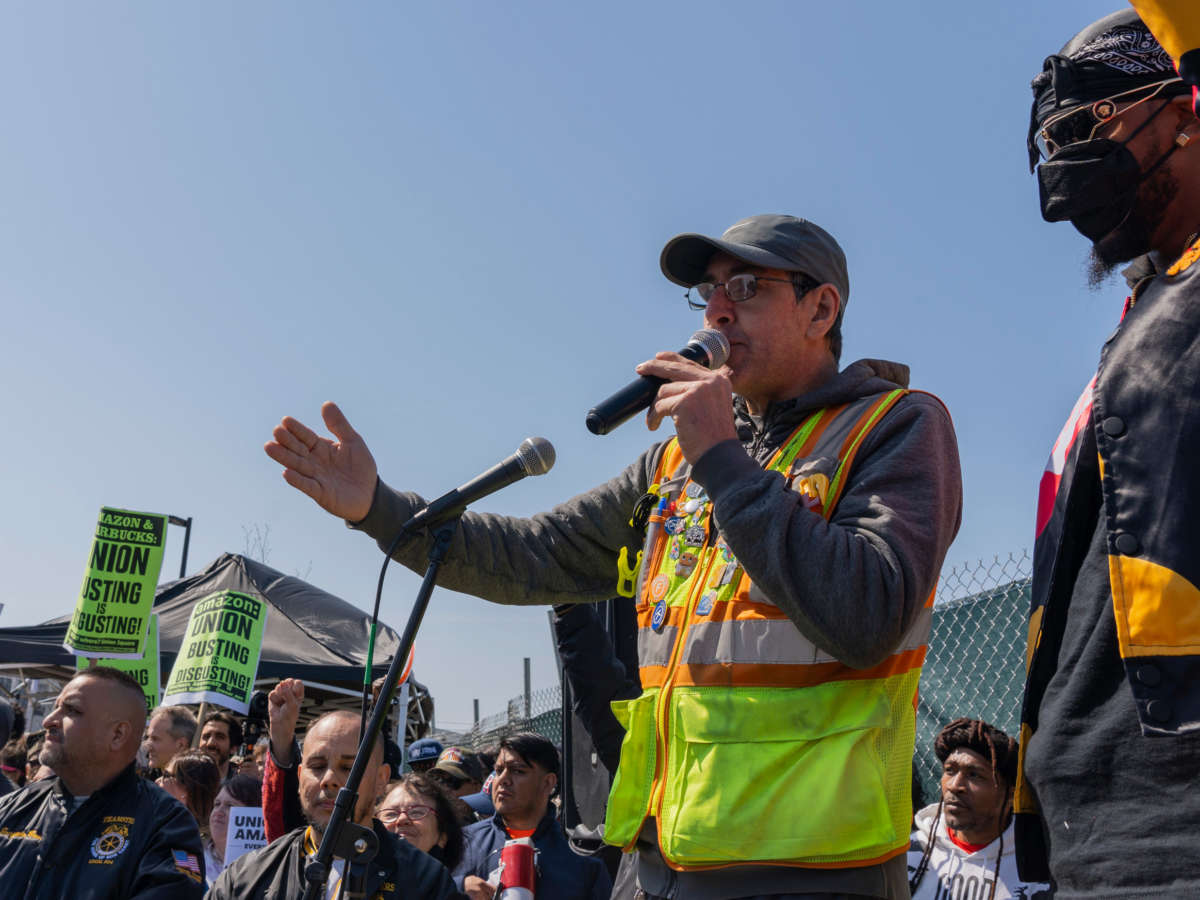 “They fucked with the wrong uncle.”

“Amazon fired our beloved Uncle Pat today!” Smalls, a former Amazon employee who was fired after organizing against the company’s lax coronavirus safety measures, wrote on social media. “They retaliated against him for organizing ever since our last rally… At our last rally he stated he flipped 500 people and ever since those remarks the company targeted him.”

In a Twitter thread late Thursday, ALU noted that Cioffi, a former dockworker who was employed at Amazon for two years, was “instrumental in the JFK8 victory, and is one of our most influential and outspoken supporters.”

“He was fired for arguing with a manager about mistreatment of workers,” the union wrote. “What they did to Pat is unjustifiable. It’s clearly motivated by anti-union animus and they’re only going forward because they believe it’s more cost-effective to fire him and deal with the backlash than it is to allow to him to continue organizing during our contract campaign.”

Warning that “the situation at JFK8 has gotten out of control” due to Amazon’s relentless union-busting campaign, ALU said it has filed charges with the National Labor Relations Board (NLRB) requesting immediate action to reverse Cioffi’s firing, which came a month after Amazon fired two other JFK8 workers who were involved in the union drive.

During a press conference in April, Cioffi — who has been described in media reports as a “Trump-supporting Republican” — said he “must have flipped four to five hundred ​’noes’ to a ​’yes.’” The union ultimately won its election at JFK8 by just over 500 votes, a historic victory for the U.S. labor movement against one of the most powerful companies in the world.

Cioffi was fired just days before an NLRB hearing at which Amazon is set to present evidence as part of its attempt to overturn the JFK8 election results. ALU maintains that Amazon’s election objections are bogus and will be rejected by the labor board.

On Thursday, the NLRB denied Amazon’s request to bar the public from watching the hearing, which is set to take place on Zoom.

“The board’s hearings are not secret,” Cornele Overstreet, the NLRB’s regional director in Phoenix, said in response to Amazon’s demand. “Accordingly, preventing the public from viewing its important processes is not an option.”