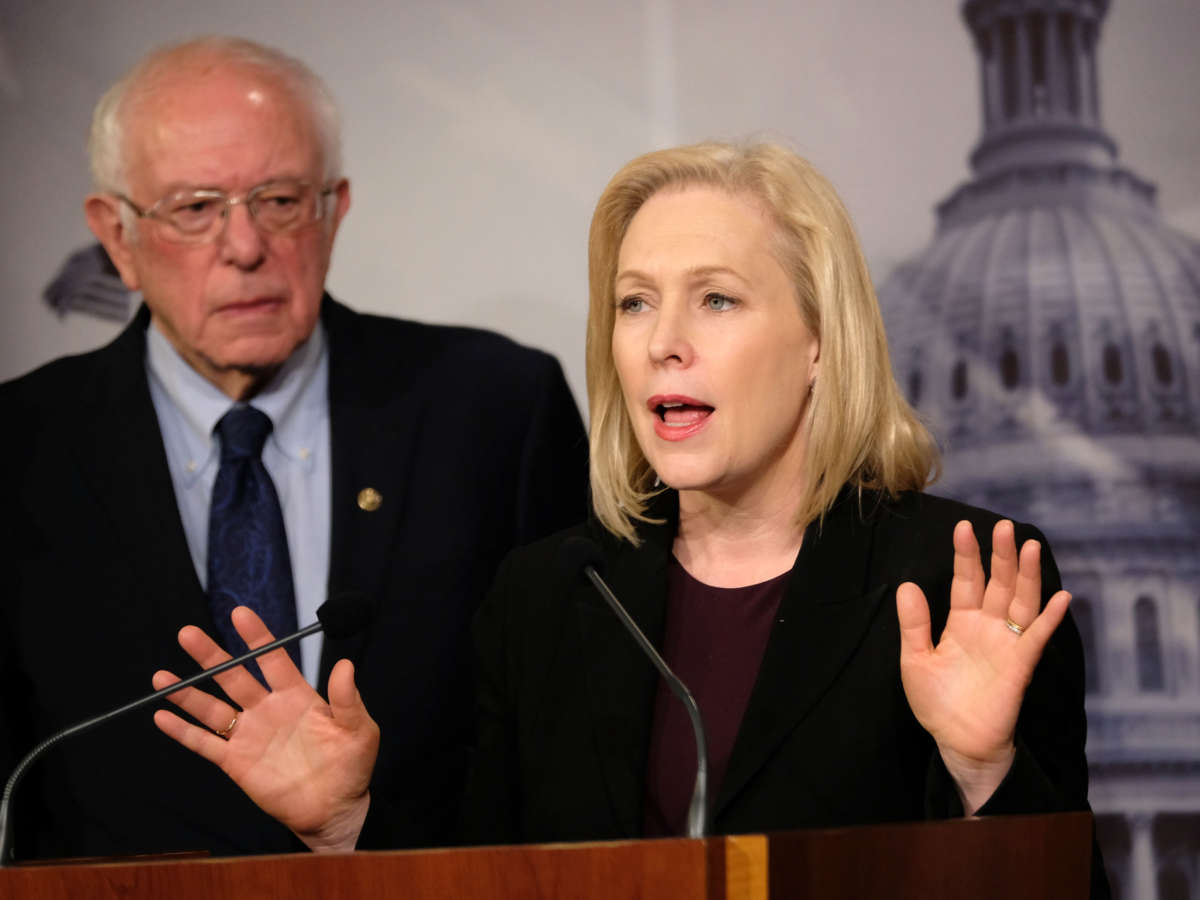 Sen. Bernie Sanders (I-Vt.) and Sen. Kirsten Gillibrand (D-N.Y.) Friday sent a letter to Amazon CEO Andy Jassy urging him to drop the company’s objections to the historic union election on Staten Island before a National Labor Relations Board (NLRB) hearing on Monday and finally recognize the Amazon Labor Union.

“If Amazon can afford to spend $10 billion in stock buybacks to enrich its wealthy shareholders and executives — including the second richest person in the world, Jeff Bezos — it can afford a unionized workforce,” the senators wrote. “If Amazon can spend over $4 million in a single year on union-busting and $213 million on your compensation, it can afford a workforce that can collectively bargain for better wages, better benefits, safer working conditions, and reliable schedules…We strongly urge you to respect the will of Amazon workers by dropping your objections, recognizing the Amazon Labor Union and negotiating in good faith before the NLRB hearing on June 13th. It is time for Amazon to end its blatant disregard of labor law and treat workers with the respect and dignity they deserve.”

Since the workers on Staten Island became the first-ever Amazon warehouse to successfully vote to form a union in the United States, Amazon has refused to negotiate a first contract, refused to recognize that the union exists, and filed 25 objections to the election – despite the NLRB certifying the victory.

“Sadly, Amazon has refused to accept the will of their workers and has instead filed 25 objections to the election, accusing both the union and the NLRB of misconduct. Amazon has objected to the union election from the beginning, alleging that there is insufficient support and the union and NLRB manipulated evidence of support. But, Mr. Jassy, last month’s election results make it clear that your workers at JFK8 want a union. Amazon has gone as far as alleging that the NLRB and the union’s actions are “substantially more egregious” than its own actions to interfere with a union election in Bessemer, Alabama by illegally installing a mailbox to intimidate workers” the senators wrote.

Last year, Amazon increased its profits by 75 percent to a record-breaking $35 billion while avoiding over $5 billion in taxes and while spending $4.3 million on union-busting consultants and lawyers. Amazon has also been penalized more than $75 million for breaking federal discrimination and wage laws and is currently being sued by the NLRB to reinstate a worker who was illegally fired for organizing a union.

Amazon is waging a war against workers’ right to unionize — from forcing workers to attend anti-union meetings, to threatening to slash wages and benefits if workers form a union — and there are currently 51 open Unfair Labor Practice cases against Amazon pending before the NLRB.