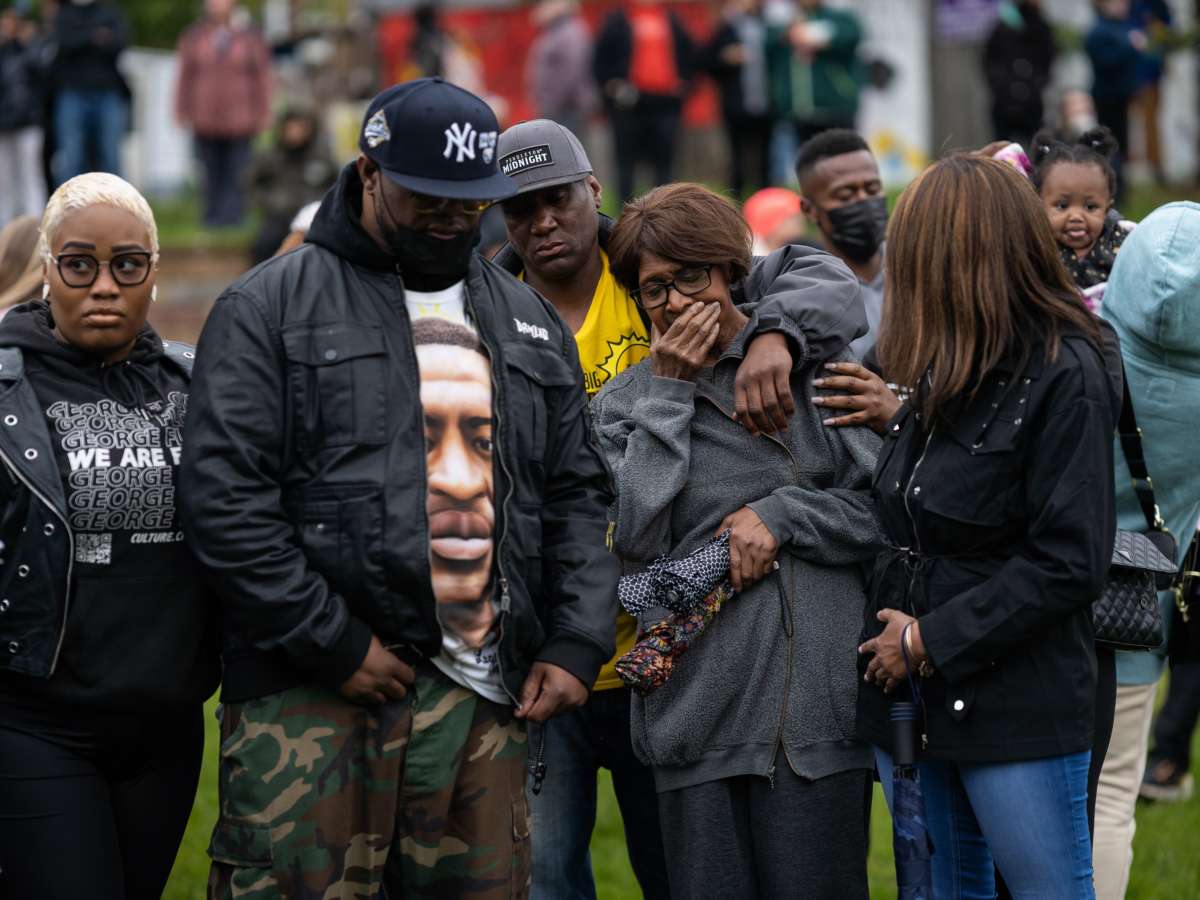 “Refund police.” This is the most inventive tagline Joe Biden and Democrats were able to come up with in response to the demands that arose from the rebellion in Minneapolis two years ago in summer 2020, after George Floyd became the latest casualty of the Minneapolis Police Department’s relentless war against Black people.

That summer’s uprisings drew more than 20 million people into the streets, all across the country. That energy spread across oceans, too; it was felt by millions of people around the world in the midst of a pandemic in which politicians and billionaires profited, as vulnerable communities suffered wildly disproportionate levels of illness and death.

Since then, we have seen the constant failure of the Democratic Party to protect the very people who helped elect them. The Democratic Party controls the House, the Senate and the White House, and still, they refuse to pass any measures that would materially improve the living conditions of our families and neighbors. No executive order, consent decree, or any other incremental reform is enough to turn the tide on the violent nature of policing. Our communities require bold action, not piecemeal offerings that invest more in the current system that produces a consistent stream of death and violence.

In Minneapolis, we have seen the same recycled reforms and lack of action by our government, while attacks on our communities continue to increase. Instead of being transparent with their constituents, elected officials like Mayor Jacob Frey have doubled down on the rhetoric and policies that have caused so much pain and violence in our communities.

Mayor Frey falsely claimed that no-knock warrants were banned — but we know they were not because yet another Black man, Amir Locke, was murdered by Minneapolis police in February after a no-knock warrant.

In April, the Minnesota Department of Human Rights released a report on the Minneapolis Police Department that illustrates the depth to which the police cannot be trusted. In it, state prosecutors said that many times, they are unable to use police body cam footage because of the general lack of respect and decency in the way the police conduct themselves. In other words, they don’t want to use the footage because it makes the police look bad, which undermines the prosecutors’ cases.

In recent weeks, we have also seen numerous former and current city employees come forward to expose how the Minneapolis Race and Equity Department has been used to deflect any real criticism of the mayor, and that staff in this department were tokenized and given no real power to implement changes that community members have been demanding for years. In an opinion article for the MinnPost, former City of Minneapolis Race and Equity Director Joy Marsh Stephens wrote, “this isn’t the first time we’ve seen leadership in the city be dismissive in the face of documented harm against BIPOC and allied white employees when it comes to racial equity. This is the culture of white supremacy in action. It is why under four city coordinators and two mayors in my six years at the city, the culture didn’t change. It is why I heard countless stories from others in the workforce about similar experiences in their departments and pre-dating my time at the city.” These stories further illustrate the city’s dogmatic resistance to change, and how efforts for change are undermined inside of city government.

However, truth be told, we do not require any more examples of why police and policing are not the answer to demands for safety, but instead the antithesis. The police and their allies like Frey cannot be trusted, and we must be wary of the disinformation and, in this case, the straight-up lies they tell in order to maintain their power and bolster the status quo.

No executive order, consent decree, or any other incremental reform is enough to turn the tide on the violent nature of policing.

The dishonesty of Minneapolis Police and law enforcement around the country is especially troubling right now, when so many in our community are in a heightened state of vulnerability. As we learn more about the response of police in recent mass shootings and the disinformation from law enforcement that followed in Uvalde, Texas, more and more people are realizing that the police don’t keep our communities safe.

Real societal transformation requires visionary demands, demands that are capable of expanding people’s imaginations and which make space for a diverse array of strategies and approaches. It is this imaginative engagement that our people desire and deserve, instead of federal and local representation that misleads us and refuses to enact life-affirming policies. Without a vision that engages our people’s imaginations and brilliance, there will be no path to victory for the left. Radical and revolutionary demands push us forward towards a more just world.

We must demand that we collectively tell and hold the truths that all of the systems of the state are failing communities of color, exploiting the planet and betraying our future. We must demand systems of care and accountability that affirm and sustain life and our environment for the long term. And above all, we must demand and fight for power — the power to keep our communities whole, to keep our families thriving, to define our existences and to decide our lives.

We must also reject neoliberalism that forces us into the misconception that every good solution should offer immediate gratification. This is a falsehood because real transformation requires time, relationships, organizing and patience. Transformation of ourselves, our people and our world is possible, but only if we continue to stay present, connected and visioning forward with one another; we must recognize that we are in a centuries-long fight to divest from harmful systems and build ones that prioritize life.

Last year, over 62,000 of our neighbors voted #YesOn2, the ballot initiative that would have created a Department of Public Safety and removed the Minneapolis Police Department from our city’s charter. In doing so they voted to reimagine safety, and thousands more took to the streets to protest racist police violence. Every day, more and more people are realizing that the systems we were told to look toward for safety and security, are structured to do more harm than good.

The Minneapolis Police Department doesn’t keep us safe. The Minneapolis Police Department doesn’t use their nearly $200 million budget to help sustain healthy community dynamics that prevent violence. Their bloated budget and tired tactics actually function to take resources out of the hands of Minneapolis residents who know how to take care of each other. Our ability to realize the positive change our people deserve requires that we build bridges and stay connected to each other. The political establishment wants us to reject each other and ignore the reality that the solutions to systemic poverty, community harm and gun violence lie with the residents of Minneapolis. We don’t have to throw some of our neighbors away — sending them into the grips of policing and prisons — to create a perception of safety for others.

Real justice will not be achieved by executive orders, consent decrees, or any other reform; we need bold and creative action that engages the public’s imaginations and retains their involvement for the long run. Our collective futures depend on it.