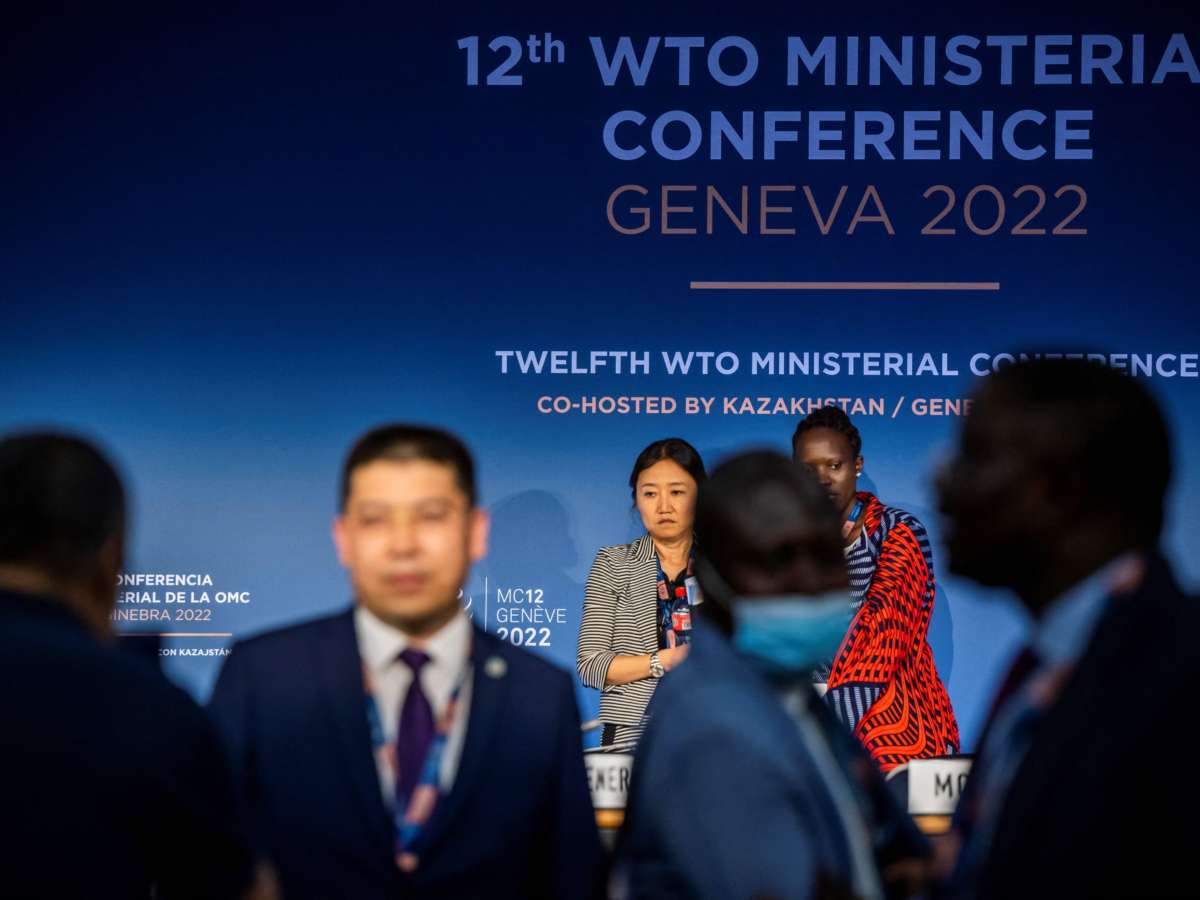 The COVID-19 pandemic has made it painfully clear that our concentrated global food system is prone to breakdown and riddled with exploitation.

Look no further than to the fruit and vegetable farmers in Europe and the United States who destroyed perfectly good produce because corporate food processors lacked the resiliency to adapt to changing consumption demands. The 2.5 million farmworkers in the U.S., at the same time, risked their lives for poverty-level wages without personal protective equipment.

Such concentration takes freedom from farmers, taking from them the ability to negotiate the prices of what they sell and the inputs, such as feed and seed, that they purchase. Meanwhile, workers lack critical safety protections, for instance, safeguards against chemical or pesticide exposure, as they labor for subsistence-level wages.

This is the food and farm system that the World Trade Organization (WTO) played a central role in creating. The WTO, which emerged out of the Uruguay Round of negotiations of the General Agreement on Tariffs and Trade in 1994, has become synonymous with promoting “free trade,” namely, in calling on states to privatize public enterprises, end price and wage supports, and lift import tariffs not only in agriculture but also in the pharmaceutical, automobile and textile industries.

What to do with our crisis-prone food system will be one of the topics broached at the upcoming Ministerial Conference of the WTO that will take place from June 12 to 15 in Geneva, Switzerland.

Food, farm and peasant movements, specifically those in the international coalition, La Via Campesina (LVC), plan to protest the meeting to denounce such free trade policies and demand change.

This is not the first time that LVC members have challenged the WTO. Perhaps the most recognized is Lee Kyung Hae, a Korean farmer who died by suicide at the organization’s meeting in Cancún, Mexico, in 2003, to call attention to how WTO prescriptions drove farmers into poverty.

Such conditions of economic depression persist globally: About 30 Indian farmers take their own lives every day over their inability to pay loans and purchase inputs. Desperation among U.S. farmers, similarly, has led them to have one of the highest suicide rates among all professions

The WTO’s role in creating these dynamics is showcased in the Agreement on Agriculture (AoA), which entered into force in 1995. The AoA put agriculture into an economic bind, categorizing farm system policies globally into three boxes — amber, blue and green.

Amber box policies, specifically, are prohibited under the AoA for being “market distorting.” Such initiatives include the government purchase of commodities to guarantee a certain income. Import tariffs also fall into this box. Blue box policies, which are permitted by the agreement, also affect incomes. In the U.S., direct payments to farmers from the government are one example. Blue box policies are allowed because they are limited in terms of amount. The last kind of policies — those in the green box — are also allowed. These include funds dedicated to research and development or environmental conservation.

As a treaty, the AoA has enforcement mechanisms: Through the WTO’s dispute settlement mechanism (DSM), states that feel another country has unfairly restrained trade may file a grievance and seek retribution.

One well-known case is the U.S.’s successful effort to have Mexico remove its tariffs on high-fructose corn syrup, resulting in a rise of obesity south of the border. Similarly, Canadian dairy farmers were harmed as its government was forced by the WTO — under the pressure of powerful corporate dairy interests from the U.S. — to remove export supports and allow foreign firms access to domestic markets. Another example is when Brazil claimed that its cotton industry was adversely affected by U.S. subsidies. Years of negotiations resulted in a victory for the Latin American country, with the U.S. agreeing to pay $300 million to Brazilian producers.

The WTO’s free trade promotion, while increasing imports and exports, has not helped small-scale producers. According to Public Citizen, since the mid-1990s when the WTO, as well as the North American Free Trade Agreement went into effect, over 231,000 family farms went under as they could not compete with increases in price volatility and deregulation. From 1995 to 2017, this was approximately 11 percent of all farms in the U.S.

Still, wealthy countries disproportionately benefit under these global rules. The U.S., for instance, can rescue its farmers with ease in the aftermath of disasters such as the COVID-19 pandemic; stimulus payments accounted for 40 percent of farmers’ total income in 2020. Countries with limited resources don’t have the means to pay farmers when crisis hits, or to pay fines in case of violating WTO dictates.

Additionally, in the name of free trade, agribusiness companies often export or dump food into foreign markets at prices that undercut domestic producers. This drives environmentally destructive overproduction in wealthy countries like the U.S., while forcing farmers out of business abroad.

Despite these deeply entrenched problems, this WTO meeting could be different, as protesters’ demands for significant food and farm system reform are taking on increased urgency.

Part of the reason why movements have seized upon this opportunity to call for change is that the WTO has been weakened in recent years; the DSM has lacked personnel since former President Donald Trump, as part of his China trade war, hampered the WTO by not appointing judges to hear grievances.

There’s also the fact that negotiations, particularly concerning further liberalizing agriculture, have been stalled since 2001 as economically developing countries such as Brazil and South Africa have failed to find common ground with the U.S. and Europe.

In this context, potential alternatives to the WTO vision of agriculture, as well as its DSM enforcement mechanism, include the demand for parity — the New Deal-era set of policies that sought to place farmers’ incomes on par with what workers in urban areas receive. In clear defiance to the WTO and its boxes, organizations such as the National Family Farm Coalition see parity policies as a means to curtail corporate consolidation and protect the environment. Central to this demand is for governments to provide a space for farmers, workers and processors to negotiate food production and distribution in long-term, sustainable ways.

Additionally, LVC promotes agroecology — a labor-intensive, chemical-free way of growing food that works with nature instead of trying to dominate it. To make this form of farming practicable, governments around the world will have to enact land redistribution policies, as well as significant income supports to keep new farmers in the profession.

With the WTO weakened, now is a propitious time to denounce free trade and demand food and farm system change. More than 15 years ago, Lee Kyung Hae gave his life in this struggle. Inspired by his sacrifice, farmers and activists will convene in Geneva, keeping hope alive for building a more just, equitable and sustainable way of practicing agriculture.

Powell Is the New Arthur Burns, Not the New Paul Volcker