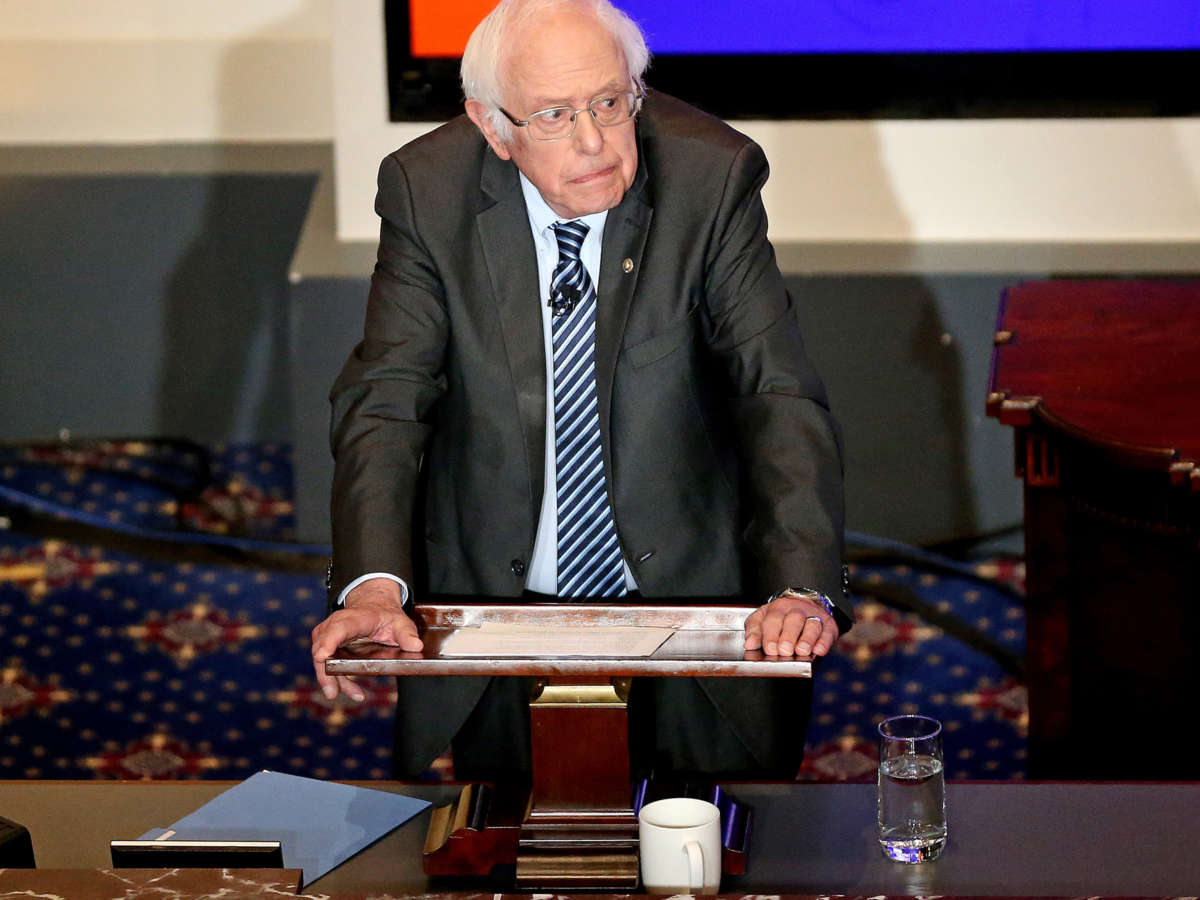 In an Oxford-style debate Monday with Republican Sen. Lindsey Graham, Sen. Bernie Sanders argued that progressive policy goals such as Medicare for All, Social Security expansion, and a higher minimum wage are “what the American people want” and blasted the political establishment — including his GOP colleague — for ignoring the most important crises facing the United States, from the climate emergency to obscene levels of economic inequality.

“That’s what the establishment does, and Lindsey is a very good and effective representation of the establishment,” Sanders said after Graham delivered his opening remarks of the debate, which was held at the Edward M. Kennedy Institute in Boston and streamed live by Fox Nation. “Does Lindsey have a concern that we are the only major country on Earth not to guarantee healthcare to all people? That some 60,000 people a year die because they don’t get to a doctor on time? I didn’t hear much about that in that opening statement.”

“Does Lindsey care that we have the highest prices in the world for prescription drugs, and that the pharmaceutical industry right now has 1,500 paid lobbyists in Washington, D.C. to make sure that in some cases we pay 10 times more for the medicine that we need?” Sanders asked. “Did Lindsey talk about the fact that we have, in South Carolina and all over this country, tens of millions of workers working for starvation wages? Did he talk about a corrupt political system in which billionaires today can start a super PAC — and I guess you have some familiarity with super PACs, they help fund your campaign — who can spend unlimited amounts of money to elect candidates.”

“I didn’t hear Lindsey talk about the crisis of climate change,” the Vermont senator continued. “Do you have a concern that two people own more wealth than the bottom 42%? … Bottom line is: we are moving toward oligarchy. And if we don’t stand up and say that we need a government that represents working people and the middle class, I worry very much about the future of this country.”

Calls out Lindsey Graham for being part of the establishment

“You have 3 Wall Street firms now…who control $20 Trillion dollars in assets, they control hundreds of corporations… We are moving towards oligarchy” pic.twitter.com/2oBagR9wPR

Sanders, who has appeared on Fox News several times in recent years to counter right-wing narratives and make the case for a progressive agenda, did so again during Monday’s event, forcefully dismissing Graham’s attempt to cast basic and popular policy objectives as “full-on socialism” and detached from public sentiment.

“I think we should increase benefits for Social Security recipients by lifting the cap… is that socialistic?” he continued. “Is making sure that all of our kids are able to get a higher education, is that socialistic? Is saying that three Wall Street companies should not control $20 trillion in assets, and we gotta break them up, is that socialistic?… Take a look at the issues we are fighting for: on every one of those issues, Lindsey, guess what, the American people support me, not you.”