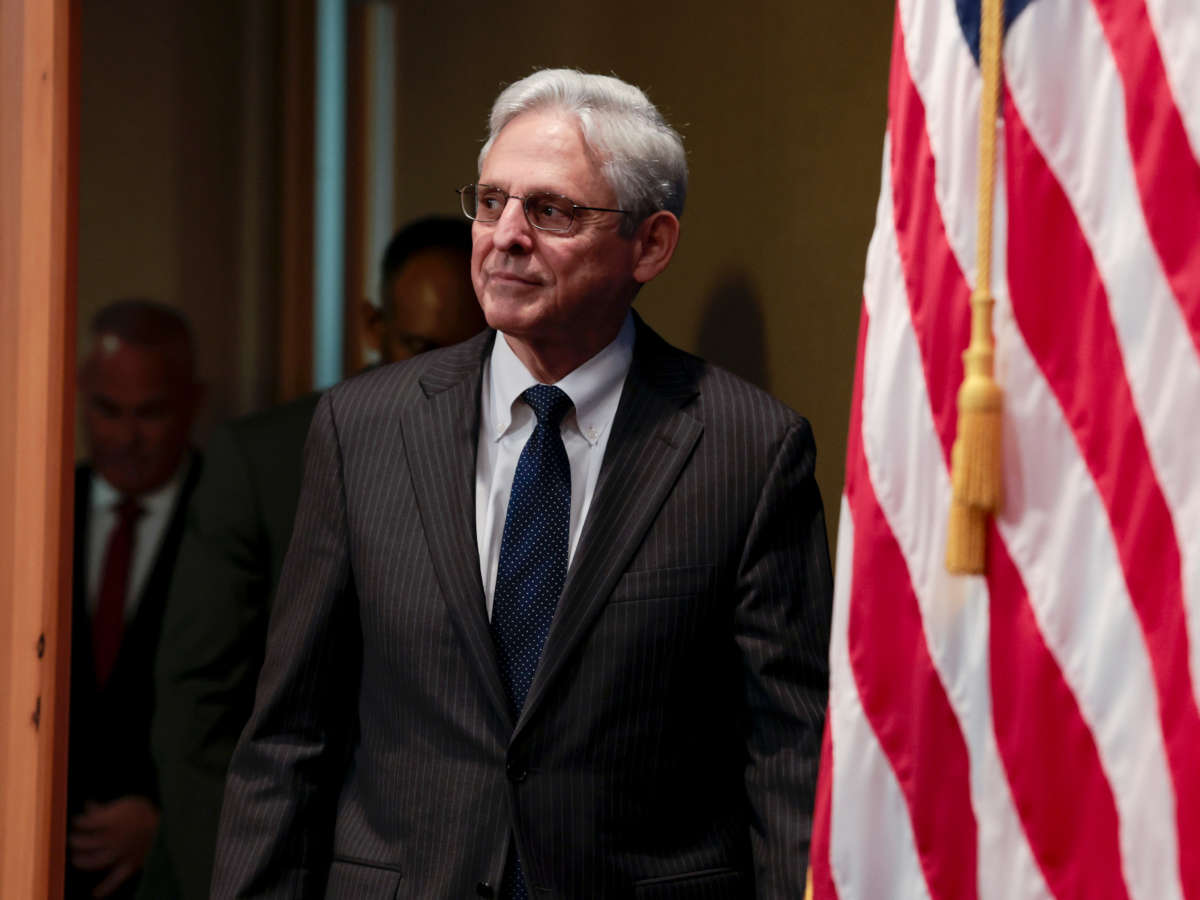 On Monday, Attorney General Merrick Garland said that he and the Department of Justice (DOJ) were paying close attention to the public hearings being held by the House select committee investigating the January 6 Capitol attack, indicating that the department may choose to prosecute people on charges related to the day’s events.

But the attorney general’s comments were somewhat vague, and he refused to share his personal views on the committee’s findings.

The January 6 committee has held two public hearings so far. In their first hearing, last week, they demonstrated how former President Donald Trump and his allies attempted a coup to overturn the 2020 presidential election; in their second hearing, on Monday, they showcased how Trump continued pushing lies about election fraud despite being told by his aides repeatedly that such claims were false.

When pressed to share his feelings about the hearings so far, Garland said that he didn’t want to reveal his “own personal responses” to the evidence showcased by the committee.

Meanwhile, committee members appear disjointed when it comes to whether or not they will make criminal referrals at the end of their proceedings.

Although the commission doesn’t have the power to charge anyone with a crime, it does have the ability to make referrals to the Justice Department if it believes such charges are warranted.

However, committee chair Rep. Bennie Thompson (D-Mississippi) suggested this week that the panel will allow the DOJ to decide on its own whether charges are warranted.

“We’re going to tell the facts. If the Department of Justice looks at it, and assume that there’s something that needs further review, I’m sure they’ll do it,” Thompson said on Monday.

Several committee members pushed back against that idea, however. Rep. Liz Cheney (R-Wyoming), who serves as vice chair of the committee, released a statement saying that the commission “has not issued a conclusion regarding potential criminal referrals.”

“We will announce a decision on that at an appropriate time,” she added.

“We haven’t had a discussion about that, so I don’t know that the committee has reached a position on whether we make a referral or what the referrals might be,” Schiff said. “I thought we were deferring that decision until we concluded our investigation. At least that’s my understanding.”

From Tomorrow, All New Vehicles in the EU Will Have Surveillance Black Boxes

From Tomorrow, All New Vehicles in the EU Will Have Surveillance Black Boxes