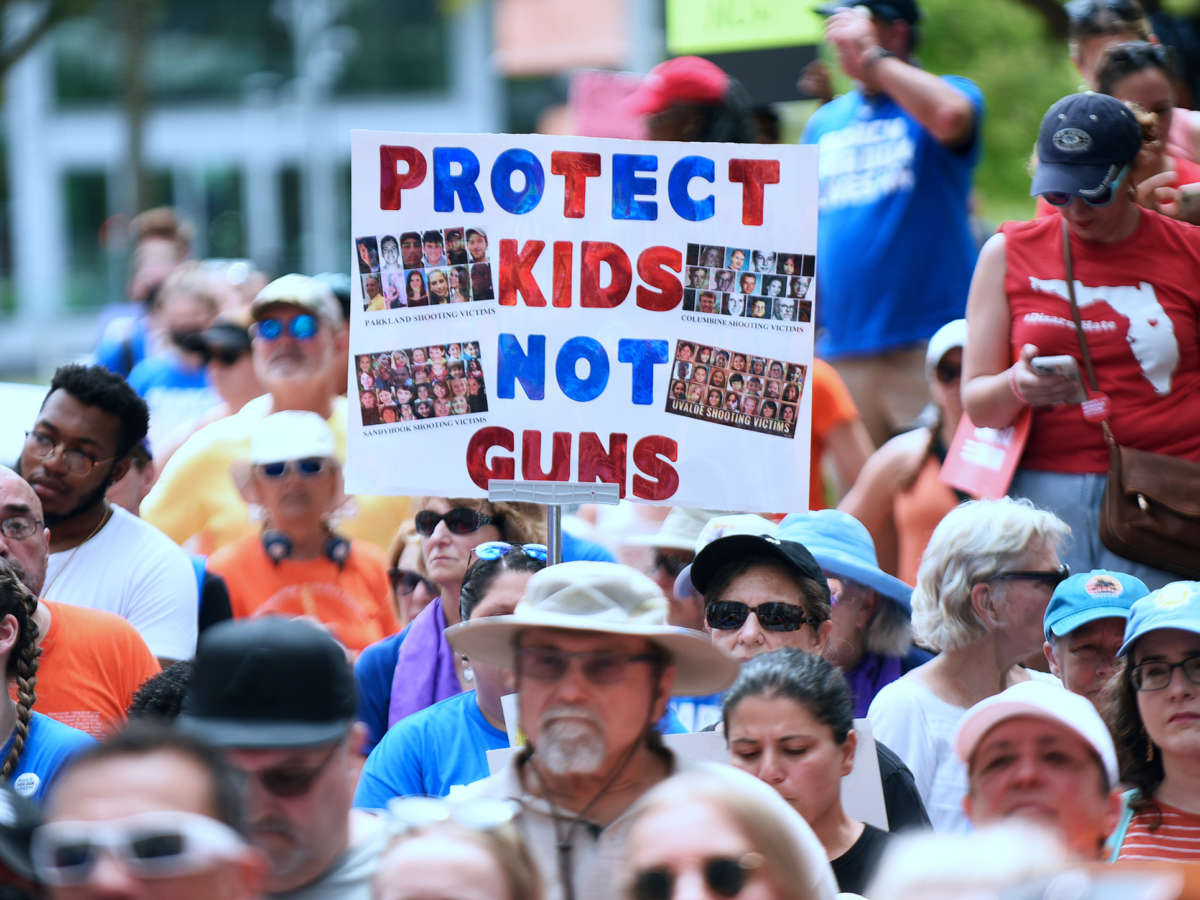 The recent massacre at a Texas elementary school marked the 213th mass shooting of 2022, as documented by the Gun Violence Archive. If mass shootings continue at the current pace, 2022 will be one of the deadliest years on record. The Supreme Court, meanwhile, has proved complicit in this gun violence crisis because of its legal doctrine on gun rights that curtails legitimate state and local regulation.

In its 2008 decision in District of Columbia v. Heller, the court ruled that the Second Amendment grants individuals a right to bear arms. We are law professors with expertise in United States, comparative constitutional and international law. Although we think Heller was wrongly decided regarding federal regulation, we focus here on the court’s 2010 decision in McDonald v. City of Chicago regarding state and local regulation.

While Heller was based on the Second Amendment, McDonald was based on the 14th. Under the due process clause of the 14th Amendment, the Supreme Court consistently held — in that series of decisions between 1925 and 1971 — that only “fundamental” rights included in the Bill of Rights bind the states. The critical question is: Which rights are fundamental?

McDonald robbed state and local governments of a power they had exercised for more than 200 years: the power to enact sensible gun control legislation and regulation, without Second Amendment constraints. For example, a federal appellate court, relying on McDonald, recently invalidated a California law that barred the sale of semi-automatic rifles to anyone under 21. That law was constitutionally valid before McDonald because, until 2010, the Second Amendment did not impose any legally binding constraints on state governments.

The court had previously affirmed the principle that a state law violates the 14th Amendment’s due process clause only if it infringes “immutable principles of justice which inhere in the very idea of free government.” This test under the court’s 1908 decision in Twining v. New Jersey provided important protection for state autonomy by limiting federal judicial power under the 14th Amendment.

Conservatives argue that the Twining test is subjective. However, that test is much less subjective than the politicized 14th Amendment jurisprudence applied by the court’s current conservative majority. How should courts proceed in determining which rights are fundamental? We contend that courts can apply Twining in a nonpartisan manner by taking note of existing data regarding free governments and the right to bear arms, as well as international human rights law.

Clearly, applying the Twining test, the right to bear arms — much less the right to wield automatic weapons while wearing body armor, like the shooters in Buffalo, New York, and Uvalde, Texas — is not an “immutable principle of justice” that “inheres in the very idea of free government.” Therefore, the 14th Amendment’s due process clause should not be construed to prevent state and local governments from regulating guns in accordance with their citizens’ preferences.

Moreover, unlike most other provisions in the Bill of Rights, the right to bear arms appears in neither the Universal Declaration of Human Rights — largely drafted by the U.S. — nor any of the nine core international human rights treaties. Its omission from all of those international instruments again provides clear evidence that the right to bear arms is not a “fundamental” right under the due process clause. It is simply mentioned nowhere else.

The Supreme Court in McDonald, however, rejected the Twining test. In McDonald, the court said that a right qualifies as “fundamental” only if it is “deeply rooted in this Nation’s history and tradition.” Even under that test, properly applied, the Second Amendment does not qualify as “fundamental” because our nation’s history and tradition before McDonald established unequivocally that the 10th Amendment protects the right of state governments to enact gun control legislation, without Second Amendment constraints. The 10th Amendment provides, “The powers not delegated to the United States by the Constitution, nor prohibited by it to the States, are reserved to the States respectively, or to the people.”

The court’s current conservative majority pays lip service to both federalism principles and the right to life, while abusing its power of constitutional interpretation to advance a right-wing political agenda and to override democratic choices made by states and localities (such as Chicago) whose voters are concerned about significant gun violence. If the court wants to demonstrate that it is serious about federalism and the right to life, it should overrule McDonald and revive the Twining test as a limit on its own judicial power under the 14th Amendment’s due process clause.

If the U.S. is going to quash the crisis of mass shootings, state legislatures need the authority to experiment with different types of gun control measures — such as limits on carrying concealed weapons, which the Supreme Court may soon invalidate in New York State Rifle v. Bruen — to determine how best to save lives. There are of course many other proposals on gun regulation at stake, including banning the sale of assault weapons, background checks, licensing, and so forth. The Supreme Court should stop violating the 10th Amendment and allow state and local governments to do the job we elect them to do: protect the health, welfare and safety of their citizens.