Google Hasn’t Started the Robocalypse Yet 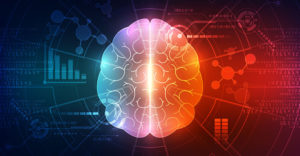 The Robocalypse — the time when machines become sentient and start to dominate humans — has been a popular science fiction subject for some time. It’s also worried some scientific minds, most notably the late Stephen Hawking. However, the prospect of a sentient machine seemed very far in the future — if at all — until last week, when a Google engineer claimed the company had broken the sentience barrier. The post Google Hasn’t Started the Robocalypse Yet appeared first on TechNewsWorld.