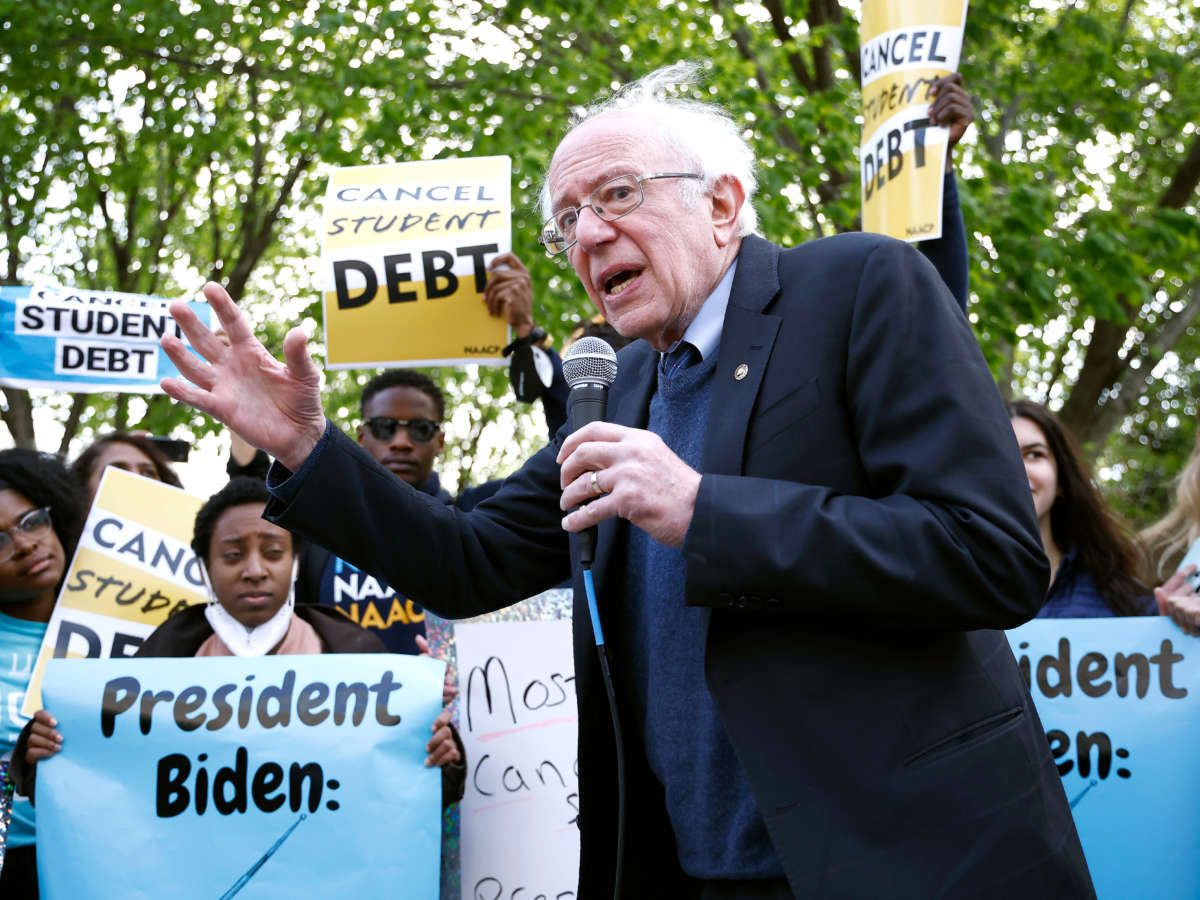 Sen. Bernie Sanders (I-Vermont) believes Democrats in Congress need to be more aggressive between now and November if they hope to retain the House and the Senate in this year’s midterm elections.

In an op-ed for The Guardian, Sanders acknowledged that numerous polls show that Republicans have a higher chance at winning control of Congress than Democrats. Sanders also noted that enthusiasm for voting among Democrats’ base — Latinx, Black and Asian voters, as well as young and working class people — is lower than among Republicans’ base.

Several indicators demonstrate that Democrats are losing support, Sanders went on, including President Joe Biden’s dwindling approval numbers. Still, Biden — who once promised to be the most progressive president since Franklin Roosevelt — had high marks at the start of his term.

Sanders believes that the faltering support for Biden and Democrats can be attributed to the fact that, while Democrats were successful early on at passing the American Rescue Act, they’ve failed to deliver on other big-budget policy items, including the Build Back Better social and climate spending package.

“Amid grotesque and widening income and wealth inequality and decades of wage stagnation, the existential threat of the climate crisis, a rigged tax system and crises in healthcare, childcare and housing, the American people wanted Congress to finally stand up and represent their interests, not just the greed of wealthy campaign contributors,” Sanders wrote.

“Unfortunately…two corporate Democrats — Senators Joe Manchin (D-West Virginia) and Kyrsten Sinema (D-Arizona) — both of whom received millions of dollars in campaign contributions from billionaires and corporate interests — decided to sabotage” Build Back Better legislation, he said.

In a Politico interview last week, Sanders described Manchin and Sinema as “two corporate Democrats who are not going to be with us.”

Still, Sanders continued in his op-ed, the situation isn’t hopeless. When Harry Truman faced similarly difficult odds in his 1948 presidential campaign after GOP lawmakers in the House repeatedly obstructed his agenda, Truman “took the fight to Republicans,” he said.

“The mid-century president “didn’t let [Republicans] hide behind their whining and ‘do-nothingism,’” Sanders went on. “He exposed them for what they were — tools of special interests.”

When Truman forced votes on critical and popular issues of the time, Republicans’ continued votes against working families “showed the very clear difference between the parties — and he won,” Sanders said.

Democrats should employ the same strategy now, he continued. This would not only show voters that a Republican-controlled Congress would reject popular ideas, but also that Democrats “may have 50 votes in the Senate, but they do not have 50 votes to pass the legislation that the American people want and need.”

By forcing votes on issues that matter to Americans, Biden and Democrats can show voters “where their elected officials stand,” Sanders wrote. “Make them vote!”

It’s feasible that such a strategy would work, as polls from Data for Progress show that Americans want Congress to pass certain big spending items. Voters have consistently shown support for progressive measures, including increasing funding for the use of clean energy, expanding Medicare and Medicaid coverage, and taxing the rich to address issues relating to inflation. Polls also show broad support for other traditional Democratic proposals, like placing tighter restrictions on gun purchases and ensuring that abortion protections stay in place.

Although many analysts say that the midterms are Republicans’ to lose, polling data shows that the race is much closer than in 2018, the last non-presidential election year.

At this point in the midterm election season four years ago, an average of polls (compiled by RealClearPolitics) showed that voters preferred that Democrats control Congress over Republicans by a margin of 7.0 points. Meanwhile, the average of polls in this year’s midterm season shows a much tighter race, with Republicans leading Democrats by just 3.4 points, a number that falls within the margin of error in some polls.