Medicare for All Could Have Prevented 338,000 COVID Deaths in the US 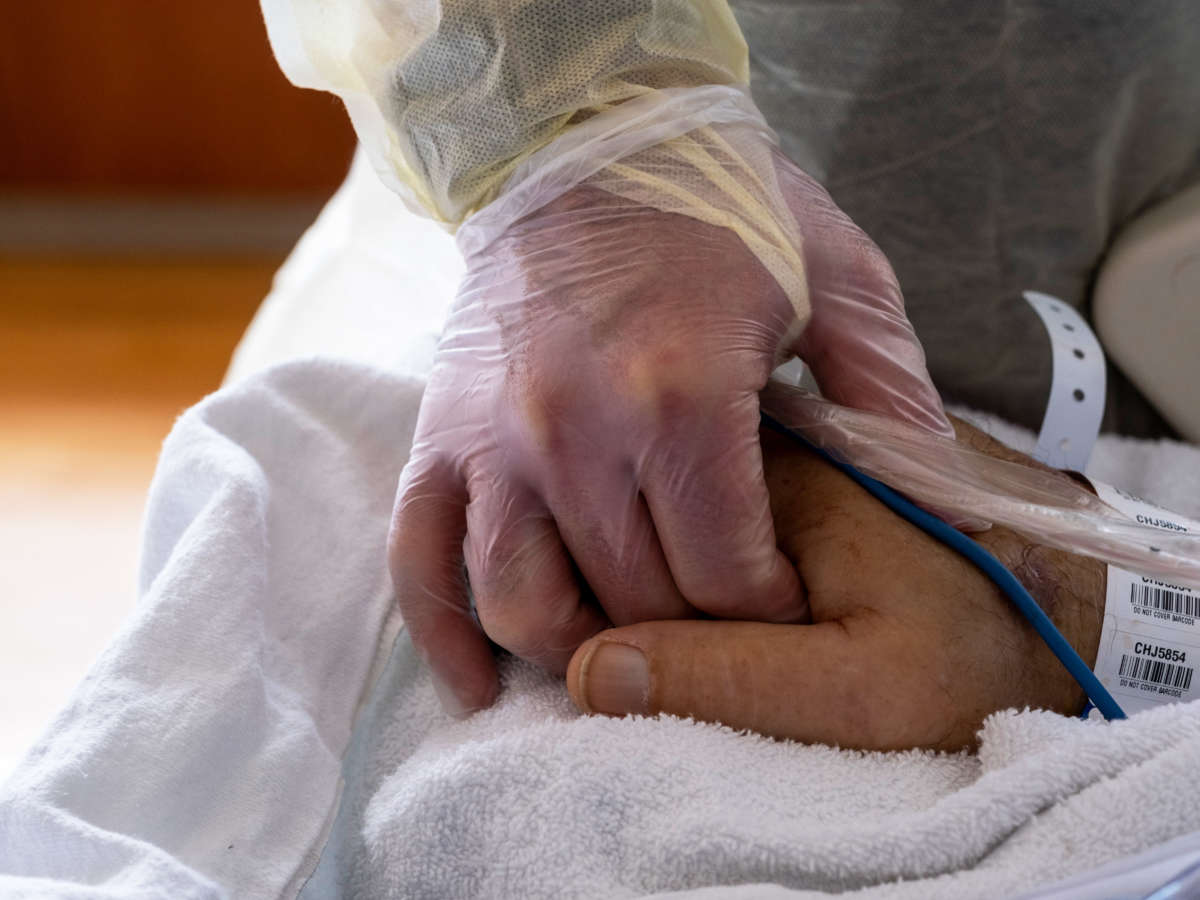 A universal health care system could have saved more than 338,000 lives in the United States by preventing roughly one in three deaths resulting from the COVID-19 infections through March 2022, according to a new study. A single-payer health care system would also have saved the nation an estimated $105.6 billion in health care costs associated with COVID treatments and hospitalizations, leading the study’s authors to conclude that universal health care, often called “Medicare for All,” is both a moral and financial imperative for policymakers.

Published this week in the Proceedings of the National Academy of Sciences USA, the study and a companion analysis are a stunning indictment of what their authors describe as a “fragmented and inefficient” health care system that leaves millions of people uninsured and underinsured every year. Americans spend more money on health care than people living in any other nation, but the U.S. has sustained 16 percent of COVID’s global “mortality burden” while only representing 4 percent of the world’s population.

James Kahn, a professor of health policy at the University of California, San Francisco, and a co-author of the study, said the modeling and analysis present a precise estimate of the massive human and financial costs “imposed on the U.S. population by the lack of universal insurance” during the pandemic. Even in non-pandemic years, a single-payer health system would save tens of thousands of people from preventable death annually.

“Placing the profits of private insurers over the lives of hundreds of thousands of Americans is obscene,” Kahn said in a statement this week.

By comparing the risk of death from COVID and other conditions for the insured and uninsured populations, the researchers concluded that Medicare for All could have saved 131,438 people from dying of COVID over the course of 2020 alone, when the virus swept across the country and overwhelmed local hospitals and public health systems.

Before COVID, about 28 million people in the U.S. did not have health insurance, and another 9 million lost insurance coverage after losing their jobs during the pandemic. Millions more are underinsured and face high out-of-pocket costs for prescriptions and medical care. A recent investigation by media outlets found that 100 million people in the U.S. — about 41 percent of adults — are in debt due to unpaid medical bills.

People who are uninsured are more likely to develop preventable conditions such as type 2 diabetes because they typically do not have a primary doctor who can catch potential health problems early on. Such comorbidities can complicate a COVID infection and increase the risk of death, as does any delay in seeking medical care.

“Placing the profits of private insurers over the lives of hundreds of thousands of Americans is obscene.”

Uninsured (and underinsured) people are more likely to wait longer to seek treatment or attempt to avoid racking up medical bills altogether, and during a viral pandemic, that means they are also more likely to become seriously ill and transmit COVID-19 to others, according to the study. Lower-income and frontline workers may also show up to work sick if they worry about losing income or their employer’s health coverage, one reason why advocates say the government must guarantee paid sick leave for all workers along with health coverage.

Opponents of Medicare for All argue a single-payer system would be expensive, but once again researchers have concluded that privatized insurance and health care services are less efficient and require far more spending. After factoring in the cost of insuring everyone in the U.S., the study concludes that universal health care would produce a net savings of $438 billion in a typical, non-pandemic year. In 2020, the first year of the pandemic, $459 billion in costs would have been saved along with so many lives.

In a comment published at Health Justice Monitor, Kahn said the study’s modeling determined that the current health care system wasted half a trillion dollars in 2020 thanks to “ongoing inefficiency.”

“Health care access leads to earlier diagnosis, with better treatment and reduced transmission, as well as stronger prevention such as higher vaccination rates,” Kahn wrote. “Promises of special insurance coverage for COVID fall short when individuals don’t know about it, and when implementation is seriously flawed. Fewer cases also mean lower hospital burdens that may compromise quality of care.”

The study concludes that universal health care would produce a net savings of $438 billion in a typical, non-pandemic year.

Medicare for All would also reduce administrative costs by eliminating the maze of bureaucracy created by private insurance companies, which also deflect health care spending toward advertising and legal expenses. As the primary and universal provider of health coverage, the government would also have great negotiating power over the price of pharmaceuticals, medical equipment and related fees, which would promote market efficiency and bring costs down across the board.

Ann Keller, an associate professor of health policy and management at the University of California, Berkeley, notes that disturbing levels of preventable death during the pandemic may actually underestimate the costs of the current system’s failures. While the study looks at preventable comorbidities and other risks, it does not consider lower rates of chronic illness associated with single-payer systems in other countries.

“Having consistent access to care can prevent chronic disease from occurring and can ensure that patients who develop chronic disease have it better managed,” said Keller, who was not involved in the research, in an interview with Scientific American. “I would think that, if one took that into account, the estimates of avoided deaths would be greater than the numbers reported here.”