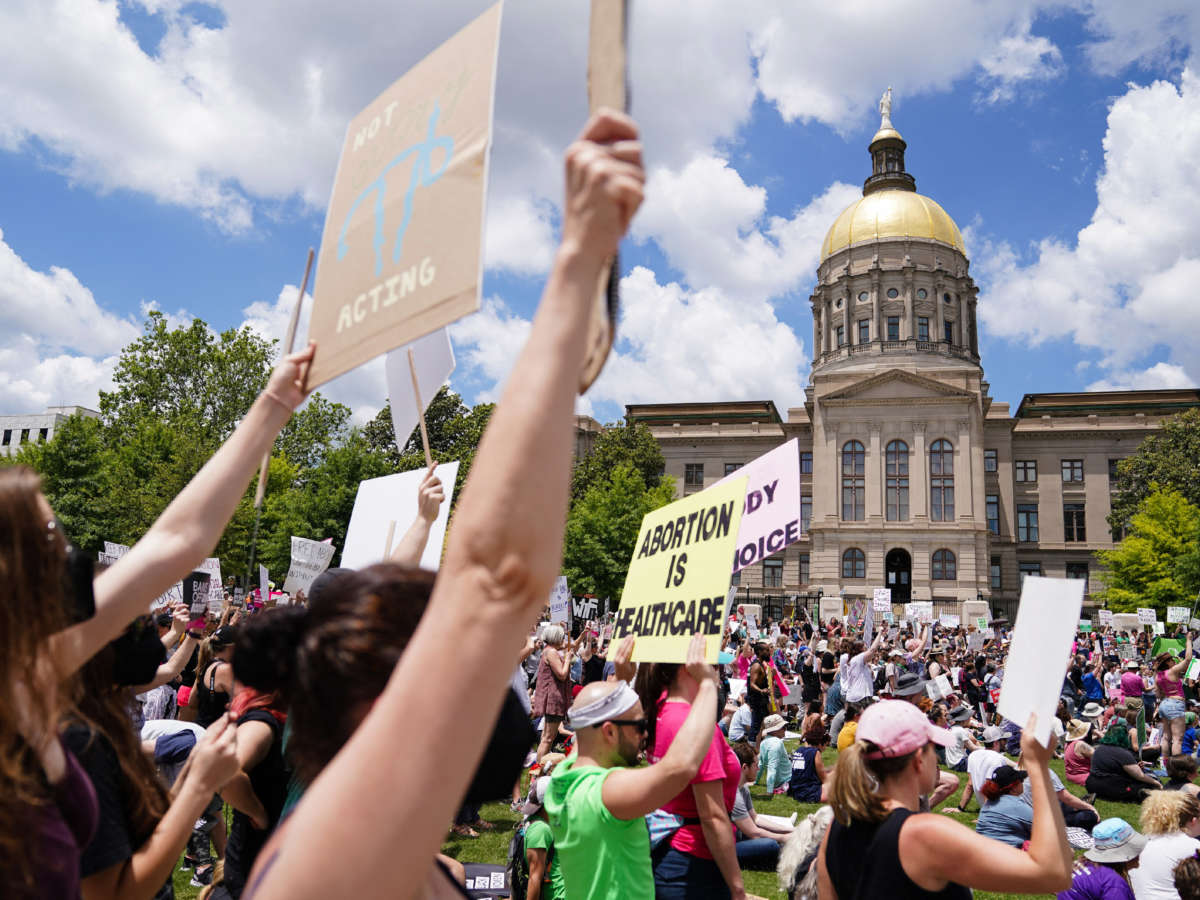 If the Supreme Court follows through with the draft opinion leaked last month and overturns Roe v. Wade, attorneys general in dozens of states with abortion bans already on the books will have new authority over how, or whether, those laws are enforced.

The expected ruling, in the case Dobbs v. Jackson Women’s Health Organization, would end the federal right to abortion, making abortion access subject to laws on a state-by-state basis. Twenty-two states have laws that could be used to restrict abortions, according to the Guttmacher Institute, including seven with pre-Roe abortion bans and 13 with “trigger” laws that would take effect in the absence of Roe.

Most of the states with abortion bans are solidly Republican and likely only to elect attorneys general who will enforce the laws aggressively, but in a handful of battleground states, Democratic candidates running for attorney general are telling voters that if elected they would find ways to legally not enforce the abortion ban laws in their states if Roe is overturned.

In two states, Democratic incumbents who have vowed not to enforce abortion bans are facing anti-choice Republican challengers. In Michigan, which has an abortion ban from 1931 that has no exceptions for rape or incest, the Democratic incumbent attorney general Dana Nessell has vowed not to enforce the law if she is re-elected. She is facing Republican challenger Matthew DePerno, who has said he would enforce the state law. A similar dynamic is playing out in the Wisconsin attorney general race with pro-choice Democrat Josh Kaul, who has said he would not use state resources to investigate or prosecute allegations of violations of an abortion ban law that has been on the books in the state since 1849. He faces challenger Republican anti-choice candidate Eric Toney, who has said he would enforce the law, accusing Kaul of abdicating responsibility and being unfit to hold the AG office.

Two additional battleground states with existing abortion ban laws have seen the issue factor prominently in their attorneys general races. In Arizona, where a law banning abortions after the fifteenth week of pregnancy was enacted in March, the attorneys general contest features several anti-choice Republicans and Democrat Kris Mays, who has said she would not prosecute women or doctors for seeking or providing abortions. In Georgia, where a “heartbeat law” would ban abortions after about 6 weeks of pregnancy, Republican incumbent Chris Carr is facing a challenge from Democratic state Sen. Jen Jordan, who has said she would refuse to enforce the law and would challenge it in state courts.

In these battleground races, the anti-choice Republican candidates will be supported by spending from the Republican Attorneys General Association (RAGA), a national political group that has already raised $17.7 million this election cycle from conservative “dark money” groups, corporations, and individuals to support Republican AG candidates.

RAGA is expected to be a dominant force in these races. It has already committed to spending $700,000 on an October ad blitz to defeat Democratic AG Josh Kaul, and Nessel has been the target of its attack ads in the past. Historically, the group has often been the top spender in state AG races, such as in the 2018 Wisconsin attorney general’s race where it spent $2.8 million in support of Kaul’s Republican opponent.

RAGA’s efforts this election cycle have been funded by millions of dollars from “dark money” groups such as the Judicial Crisis Network (JCN), which is registered with the IRS as the Concord Fund and has deep ties to far-right Federalist Society board of directors co-chairman Leonard Leo. JCN has been RAGA’s largest donor, according to the firm True North Research, giving more than $14 million since 2014, including $1 million in the first quarter of this year. RAGA has also drawn more than $370,000 this cycle from the Rule of Law Defense Fund, an affiliated policy nonprofit that does not disclose its donors and was an organizer of the Jan. 6 protest that preceded the riot at the Capitol Building.

Hundreds of corporations and trade associations have also donated to RAGA this election cycle, according to Sludge’s review of IRS documents. These corporations likely back Republican AGs because of their power over legal matters affecting their business practices, but their donations also have the effect of bolstering conservative positions on social issues like abortion, which corporations generally try to steer clear of in their public images.

After the Concord Fund’s $3.5 million in contributions, the largest donor to RAGA to date this cycle has been the Institute for Legal Reform, the civil justice reform nonprofit arm of the U.S. Chamber of Commerce, with more than $800,000 given. Three of the top corporate donors to RAGA this cycle are tobacco giants, with Altria giving $325,000, Reynolds American giving $283,000, and Philip Morris giving $126,000. Koch Industries, the multinational conglomerate owned by Charles Koch, donated a quarter of a million dollars to RAGA on Jan. 31, the same amount as a contribution earlier that month from Republican megadonor Bernie Marcus, co-founder of Home Depot.

Some of RAGA’s biggest corporate donors this cycle have tried to portray themselves as allies of women’s reproductive health.

Online dating company Match Group said in early September of last year it would set up a fund to allow Texas employees to seek abortion care out of state. The company donated $125,000 to RAGA on Sept. 20, the bulk of the nearly $137,000 it gave last year.

In March, Citigroup announced it would also step up to cover travel costs for employees affected by Texas’ abortion ban. The company gave $75,000 to RAGA last year.

Uber announced in September it would set up a legal defense fund to help its contractor drivers who could be sued under the Texas abortion ban for simply transporting passengers. About two months later, on Dec. 27, the company gave $50,000 to RAGA.

Other top corporate donors to RAGA this cycle include Comcast, AT&T, healthcare company Centene, and gaming company Caesars Entertainment, as well as trade groups like PhRMA, the American Petroleum Institute, and the Pharmaceutical Care Management Association.

In December, arguments in the Dobbs v. Jackson Women’s Health Organization case indicated that the Supreme Court’s conservative majority of six justices was willing to strike down the landmark Roe decision, a likelihood affirmed by the leak of a draft majority opinion in May to Politico. Several corporations made donations to RAGA after the December arguments, including freight railroad company BNSF Railway, Home Depot, Walmart, 1-800 Contacts, Dish Network, JPMorgan Chase, and Tyson Foods, among others.

This year, 30 attorney general seats are up for election, including 12 with Democratic incumbents. In May, the Democratic Attorneys General Association said it was readying a record $30 million in spending to defend and elect its candidates.

Click the arrow at right in the table to see more RAGA donors this election cycle.