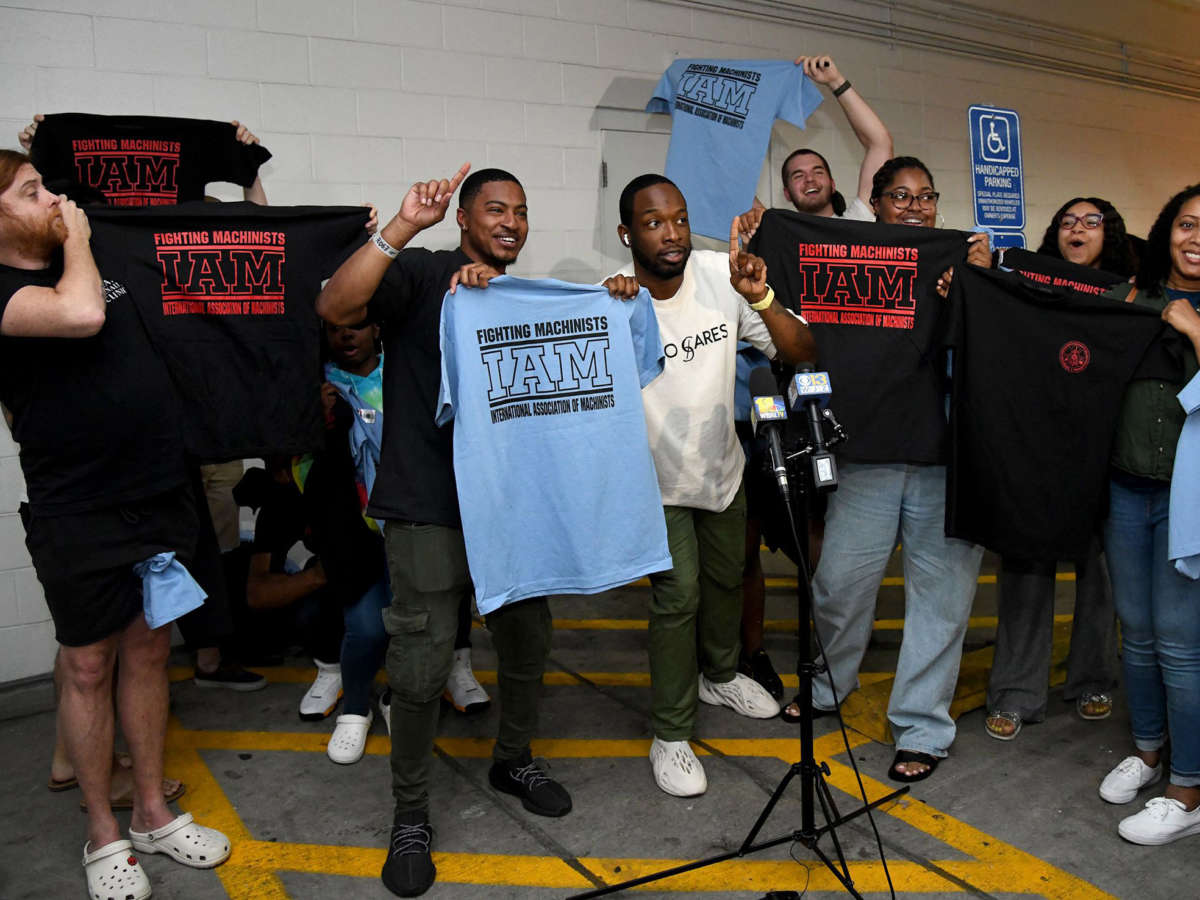 “I’m proud of them,” Biden told reporters. “Workers have a right to determine under what conditions they’re going to work or not. I think the thing that everybody misunderstands about unions — they tend to be, especially in the trades, the best workers in the world.”

He added that “everybody’s better off, including a final product,” when workers are unionized. The International Association of Machinists and Aerospace Workers (IAM), which now represents the workers, thanked the president for his words.

Apple workers in Towson, Maryland, voted by a nearly 2-to-1 margin to unionize on Saturday, despite what workers say was a ferocious anti-union campaign waged by the company. Union busting moves came “every day, all day,” Towson workers said. Workers unionizing with the Communications Workers of America in separate Apple Store locations have also faced union busting, according to complaints by the union.

The win for the Apple employees adds to a growing number of unionizing campaigns at major nationwide companies like Amazon, Target, Trader Joe’s and Starbucks — and, in many cases, winning. Starbucks workers have voted to unionize roughly 160 stores so far.

Apple Store workers may be following that model soon. The company has over 270 brick-and-mortar locations in the U.S., and employees at over two dozen stores have already reached out to organizers about forming unions at their own stores in recent days.

The success of these campaigns over the past year or so is especially remarkable considering that unions and unionizing workers still have few protections against anti-union companies. Federal labor laws are notoriously lax, with few punishments for union busting companies even when they break the law.

Labor leaders like Amazon Labor Union’s (ALU) Christian Smalls have called on lawmakers to pass legislation like the Biden-endorsed Protecting the Right to Organize Act (PRO Act), which would vastly expand labor protections. But it has stalled in Congress, with conservative lawmakers on both sides of the aisle blocking its passage.

With the PRO Act in legislative limbo and conservative Democrats blocking Biden’s pro-labor Department of Labor nominee David Weil, members of Congress have not handed Biden many wins on the labor front.

But traditional labor leaders say that Biden’s stances on the labor movement — like his meeting with Smalls and Starbucks organizers and his new pro-union guidelines for federal agencies — have done more to garner support and momentum for unions than any previous administration.

After silence from previous Democratic administrations on the labor movement, “Biden has kicked the door down,” former American Federation for Labor and Congress of Industrial Organizations (AFL-CIO) political director Steve Rosenthal told Politico.

Still, more critical voices say there’s more that Biden could be doing to support unions. In April, Sen. Bernie Sanders (I-Vermont) called on the president to cancel federal contracts with anti-union companies like Amazon. “To his credit, Biden has talked more about unions than any other president in my lifetime,” Sanders told the crowd at a rally with ALU organizers in April. “But talk is not enough.”