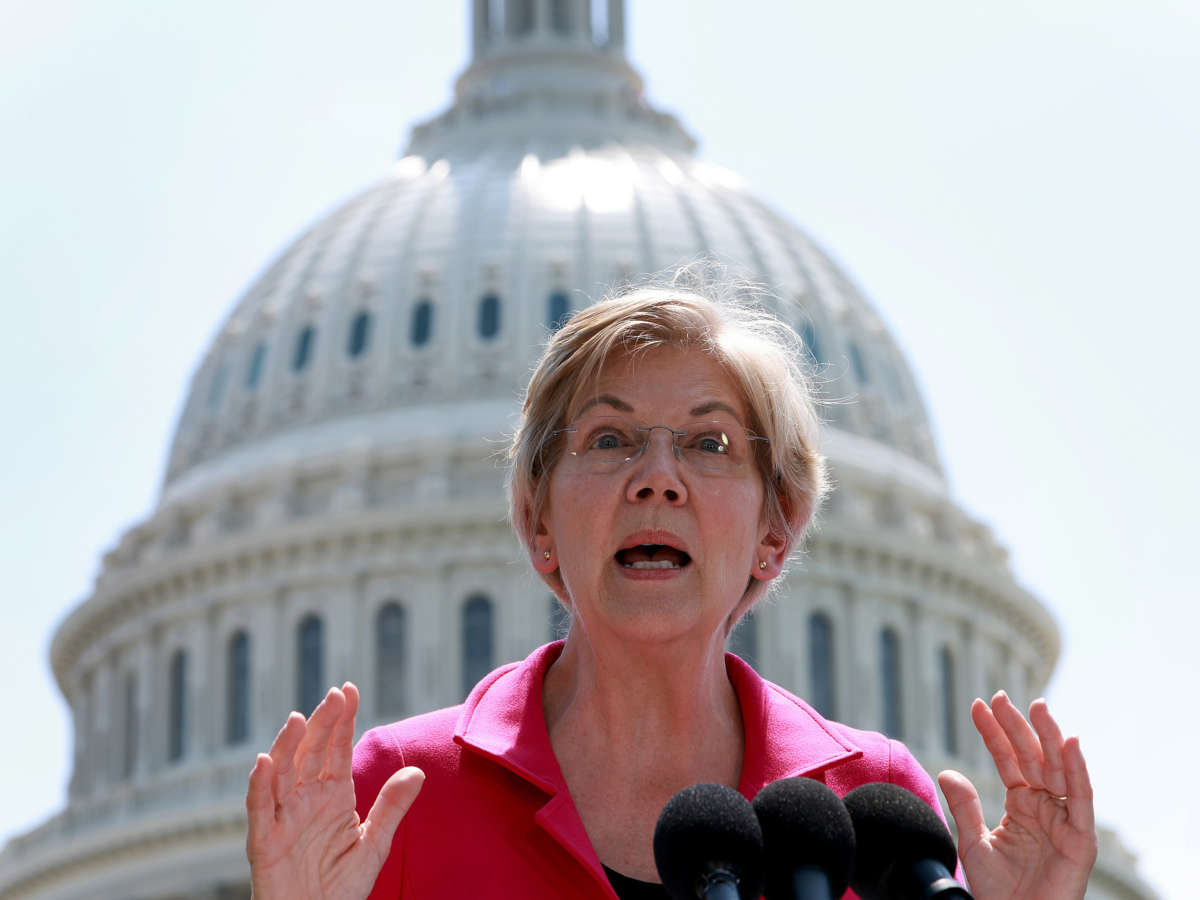 As the country braces for the likely criminalization of abortion seekers by Republicans, Sen. Elizabeth Warren (D-Massachusetts) has introduced a bill that would ban data firms from selling sensitive data that could endanger abortion patients.

The Health and Location Data Protection Act would ban data firms from selling individuals’ health and location data, which Warren and fellow bill introducers say endangers not only the safety of abortion clinic visitors but also the safety of all Americans who may be unwittingly subject to surveillance. The Federal Trade Commission, state attorneys general and people whose data has been sold would be able to sue firms if they’re found to be in violation of the law.

The bill, which is cosponsored by fellow Democrats like Senators Ron Wyden (Oregon) and Bernie Sanders (I-Vermont), would be among the strictest regulations on consumer data collection and sales — an industry estimated to be worth $200 billion.

“Data brokers profit from the location data of millions of people, posing serious risks to Americans everywhere by selling their most private information,” Warren said in a statement. “With this extremist Supreme Court poised to overturn Roe v. Wade and states seeking to criminalize essential health care, it is more crucial than ever for Congress to protect consumers’ sensitive data.”

In May, Warren sent letters to two data firms, SafeGraph and Placer.ai, which have sold information about where and when people visited reproductive care facilities like Planned Parenthood. This data included their movements before and after the visit and how long they were at the clinic, which could be used to expose whether a person got an abortion. Facebook has also sold personal data about abortion seekers.

Anti-abortionists have already been using location data to harass clinic patients. But with the likely overturn of Roe, abortion seekers and providers could be at higher risk under extremist laws that allow people to collect a bounty if they expose providers or that criminalize people who travel out of state to get an abortion in a state where the procedure is legal.

Experts have warned that health data collected from period tracking apps could also put people at risk, as the apps can tell when a period is late and a person could be pregnant. Such data isn’t protected under the Health Insurance Portability and Accountability Act (HIPAA), experts say, as long as the app is free to use.

Data and privacy experts have endorsed the bill, emphasizing that the largely unregulated data sale industry poses risks to everyone.

“Health and location data are incredibly sensitive and can be used for a range of harms, from profiling and exploiting consumers to spying on citizens without warrants to carrying out stalking and violence,” Justin Sherman, research lead of Duke University’s Data Brokerage Project, said in a statement. “Companies should not be allowed to freely buy and sell Americans’ health and location data, on the open market, with virtually no restrictions.”

Indeed, sale of location data has been used to facilitate anti-Muslim, anti-LGBTQ and anti-immigrant crusades – in 2020, for instance, the Wall Street Journal found that government agencies like the Department of Homeland Security has been using location data collected from millions of cell phones in order to find and arrest undocumented immigrants.