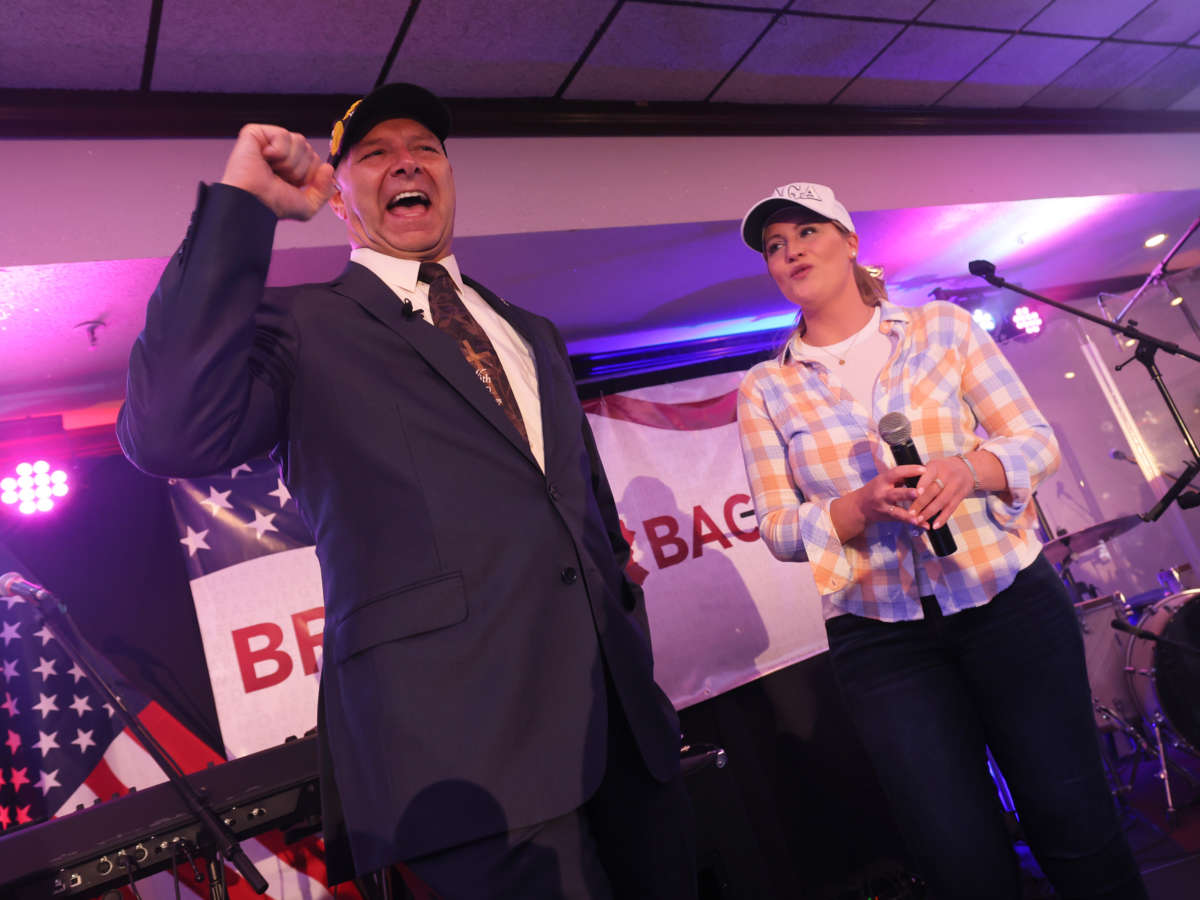 What could possibly go wrong?

Quite a lot, according to progressive critics who have warned in recent days that the strategy has a strong chance of backfiring horribly, potentially ushering into office extremist candidates who pose an even greater threat to democracy than the run-of-the-mill establishment Republican.

“On the one hand, they’re trying to motivate voters to come to the polls by raising legitimate concerns about what will happen to the country if Republicans retake power,” The New Republic’s Alex Shephard noted in a column on Tuesday. “On the other, they’re working behind the scenes to elevate many of the most dangerous Republicans running for office right now. It’s untenable for Democrats to ally themselves with their own executioners.”

In Colorado’s newly created 8th Congressional District, the Pelosi-aligned House Majority PAC has spent tens of thousands of dollars on television and digital ads spotlighting the far-right record and policy positions of Weld County Commissioner Lori Saine, who is competing against three other Republicans in the June 28 primary for a spot in the U.S. House.

The Colorado Sun reports that while one of the Democratic-funded Saine ads is “framed as an attack on Saine, it also calls her a ‘conservative warrior’ and highlights her strident positions on abortion, immigration, and guns — stances that appeal to many Republicans.”

A new Democratic super PAC is also running ads characterizing Colorado state Rep. Ron Hanks — a far-right U.S. Senate candidate who attended the rally and march that preceded the January 6 Capitol attack — as “one of the most conservative members in the statehouse,” a portrayal that’s likely to bolster his status among many GOP primary voters.

“The eleventh-dimensional chess-like thinking behind this spending is clear: The 2022 midterms will be tight, and boosting ultraconservatives more likely to alienate moderate voters might help Democrats in desperate need of a leg up,” Shephard wrote Tuesday. “And yet this elliptical strategy is also incredibly reckless given the increasingly authoritarian turn within the Republican Party.”

If extremist, election-denying Republicans win the races in which Democratic groups are intervening, added Shephard, “Democrats would have played a role — and perhaps a decisive one — in the ongoing MAGAfication of the Republican Party.”

As Audrey Fahlberg of The Dispatch reported last week, “Democrats are deploying similar tactics across the country and down the ballot.”

“Take Pennsylvania,” Fahlberg noted, “where Democratic gubernatorial candidate and state Attorney General Josh Shapiro spent $1.7 million on TV ads boosting the conservative credentials of gubernatorial candidate and state Sen. Doug Mastriano, a far-right candidate who bussed rally-goers to the Capitol on January 6, 2021 and who was subpoenaed by the House Select Committee investigating the events of that day.”

“That single ad buy,” according to Fahlberg, “amounted to more money than Mastriano’s campaign spent during the entire primary.”

The Democratic Governors Association (DGA), which is running ads characterizing far-right Illinois gubernatorial hopeful Darren Bailey as a candidate who “embraces the Trump agenda,” insisted in a statement to The Dispatch that its efforts are simply educational, an attempt to make voters aware of the danger posed by GOP extremists.

While the approach of assisting supposedly unpalatable candidates in primaries has been touted as a success in the recent past, it infamously crashed and burned in 2016 when Hillary Clinton lost the presidential election after her campaign worked to elevate Trump in the GOP nominating contest.

Concerns that the Democratic groups’ strategy could backfire like it did in 2016 aren’t just being voiced by progressive commentators and watchdogs; some establishment Democrats are also raising alarm, particularly as Republicans appear well-positioned to seize control of at least one chamber of Congress in November.

“I think it’s very dangerous and potentially very risky to elevate people who are hostile to democracy,” Democratic strategist Howard Wolfson told the Washington Post earlier this month. “Either this is a crisis moment or it isn’t. And if it is — which it is — you don’t play cute in a crisis.”