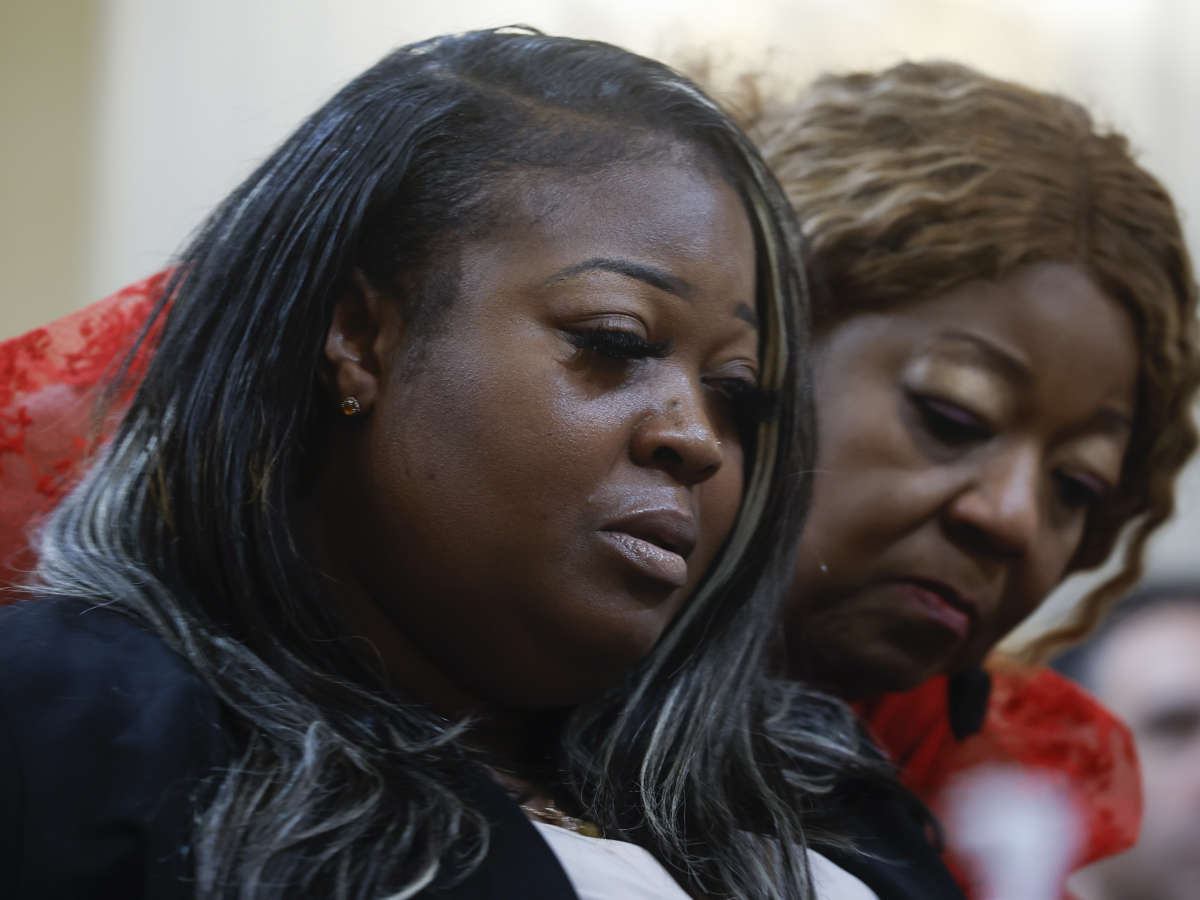 We must also acknowledge, of course, that — no matter how important their testimony — these men are conservative Republicans who have done great damage. Raffensperger has a record of trashing voting rights that could curl the toes on a statue, and Bowers announced he would vote for Trump again if he gets the chance. Bowers also let it drop that he believes the U.S. Constitution was divinely created, a revelation (pardon the pun) that is usually followed by the story of Jesus riding a triceratops to the signing of the Declaration.

However, for Bowers, on this day at least, his religious fervor seemed to be directed toward resisting Trump’s forces.

It was personal: “Bowers had voted for Trump, campaigned for Trump,” reports The New York Times, “but would not violate the law for him — and, as a result, his political future was jeopardized, his character was questioned and his family was harassed as his daughter was dying…. In the weeks that followed, Bowers’s neighborhood in Mesa, a suburb east of Phoenix, was practically occupied at times by caravans of Trump supporters. They screamed at Bowers through bullhorns, filmed his home and led parades to ridicule him that featured a civilian military-style truck. At one point, a man showed up with a gun and was threatening Bowers’s neighbor.”

Still, we must not let the testimony of a few conservative Republicans — who have done considerable harm in other realms — overshadow yesterday’s most impactful evidence, which was delivered by a mother-daughter duo. You’ll meet people like Wandrea “Shaye” Moss and her mother Ruby Freeman at any voting center in the country; they are the people who make elections work. Trump and Giuliani targeted them because one passed a mint to the other during the vote count, and Trump decided it was a USB drive. The mother and daughter were specifically attacked by Trump and Giuliani almost 20 separate times, and their lives were utterly ruined.

“A lot of threats,” Moss told the committee, “wishing death upon me. Telling me that, you know, I’ll be in jail with my mother, and saying things like, ‘be glad it’s 2020 and not 1920.’” Freeman fleshed out the terror they endured even more fully:

In a taped deposition, Moss’s mother, Ruby Freeman, said that she, too, became the target of terrifying abuse, so much so that she‘s now afraid to utter her name in public. “For my entire professional life, I was Lady Ruby,” Freeman told the select committee. “My community in Georgia, where I was born and lived my whole life, knew me as Lady Ruby.…

Now, I won’t even introduce myself by my name anymore. I get nervous when I bump into someone I know in the grocery store who says my name. I’m worried about who is listening. I get nervous when I have to give my name for food orders. I’m always concerned of who is around me. I’ve lost my name, and I’ve lost my reputation. I’ve lost my sense of security all because a group of people, starting with number 45 and his ally Rudy Giuliani, decided to scapegoat me and my daughter, Shaye. To push their own lies about how the presidential election was stolen.”

Noting that the FBI had advised her to leave her home at least through the 2021 inauguration, Freeman said: “There is no where I feel safe. Nowhere. Do you know how it feels to have the president of the United States target you? The president of the United States is supposed to represent every American. Not to target one. But he targeted me, Lady Ruby, a small-business owner, a mother, a proud American citizen, who stood up to help Fulton County run an election in the middle of the pandemic.”

Racism and violence, the coins of the realm in Trumpworld, have motivated the need for an increase in security for members of the committee. “Over the weekend,” reports The Washington Post, “Rep. Adam Kinzinger (R-Ill.) revealed a letter addressed to his wife that threatened to execute them and their 5-month-old baby.” Despite the increasing menace, more hearings are reportedly to be scheduled because new information keeps coming in to the committee.

Among the more amusing revelations is this, as reported by Rolling Stone: “The Jan. 6 committee has subpoenaed documentary filmmaker Alex Holder in regard to footage and interviews Holder and his team shot while following former President Donald Trump and his inner circle throughout the 2020 presidential campaign.”

According to Politico, Holder is fully cooperating with the committee. The thing is, Team Trump had no idea who Holder was or what he was doing, and are now deeply freaked by the subpoena. “In other words: many of the people actually running Trump’s reelection operation are now saying they somehow had zero clue that an entire documentary was being filmed largely about Trump and his reelection campaign” reports Stone. “And now the fruits of that doc are being mined for evidence by the congressional committee investigating Trump and his multi-pronged efforts to shred the American democratic order.”

We are fortunate as a nation to have people like Moss and Freeman working at the core of our elections. If tantruming Trump and his people were half as smart and courageous as some of the people testifying against them, the country might not exist right now.

San Francisco Couple Gets $1,500 Fine For Parking In Their Own Driveway

San Francisco Couple Gets $1,500 Fine For Parking In Their Own Driveway