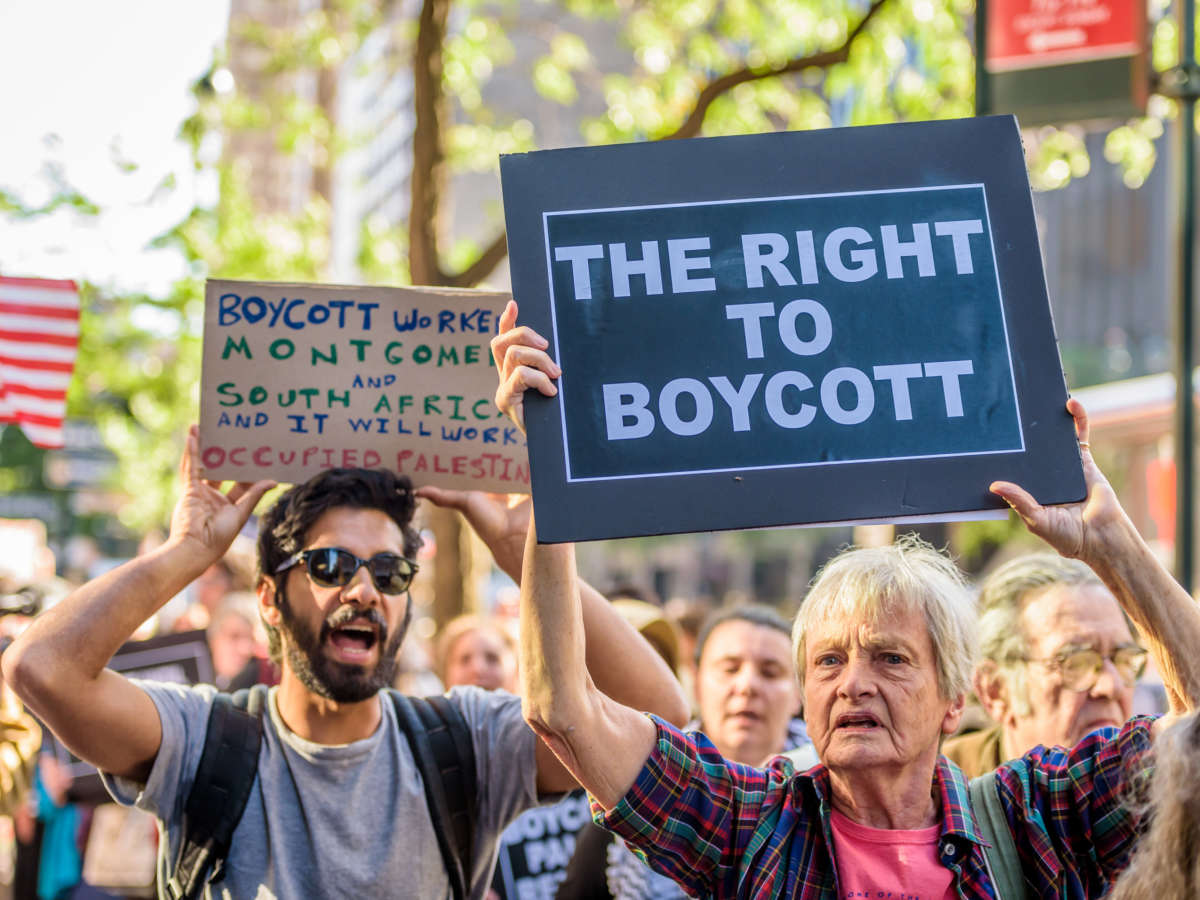 A federal appeals court has ruled that state laws punishing contractors for engaging in boycotts of Israel are not in violation of free speech rights, a ruling that advocates say will unconstitutionally chill all speech in favor of justice for Palestinians.

In 2017, Arkansas passed a law barring state contractors from taking part in the Boycott, Divestment and Sanctions (BDS) movement, which seeks to exert nonviolent pressure on the government of Israel to end the country’s apartheid system and its violent displacement of Palestinians. The legislation requires companies that have contracts with the state to sign pledges that they will not take part in the movement, or else reduce their fees by 20 percent.

Arkansas Times, a newspaper based in Little Rock that was seeking to contract with a public university in the state, refused to sign a pledge that it would adhere to the new state-imposed standards.

The paper then attempted to sue the state over the law, losing the case in a district court setting but winning an appeal after a three-judge panel of the Eighth District U.S. Circuit Court of Appeals found that the law violated the free speech rights of companies and organizations. On Wednesday, however, the full Eighth District Court issued an en banc ruling, reversing the original appellate decision.

The full court refused to recognize the free speech components of the case, claiming that economic and commercial decisions “are invisible” and “not inherently expressive” conduct — and that therefore, the law was not in violation of First Amendment speech rights.

“It’s a horrible reading, and it’s very inaccurate,” said Abed Ayoub, legal director of the American-Arab Anti-Discrimination Committee, adding that the ruling “will flip the First Amendment on its head.”

“It’s shocking to see we’re living in a time where our courts are deteriorating our rights and abilities to express ourselves,” Ayoub said.

The ruling was also condemned by Palestine Legal, an organization that protects the civil and constitutional rights of advocates for Palestine in the U.S.

“Boycotts are a powerful tool for seeking justice, as [previously] recognized by the Supreme Court,” the organization wrote. “Today’s decision ignores that history and precedent, treating Arkansas’ anti-BDS law as a restriction on purely commercial conduct that carries no political message.”

“This decision sets a dangerous precedent for anyone interested in seeking social, political, or economic change,” the group added.

In her dissenting opinion, Eighth Circuit Court Judge Jane Kelly wrote that the purpose of the Arkansas law appeared to be more political than economic — meaning that claims that the law has nothing to do with free speech are false.

Arkansas’s law prohibiting state contractors from exercising their speech rights through boycotts is just one of hundreds of bills proposed in recent years to similarly target organizations or individuals who advocate for Israel to end its abuses against Palestinians. Over the past seven years, 245 bills have been proposed to redefine anti-Semitism to include criticisms of Israel or to restrict boycotts against the country in support of Palestinian rights; of those bills, 52 have been passed into law.