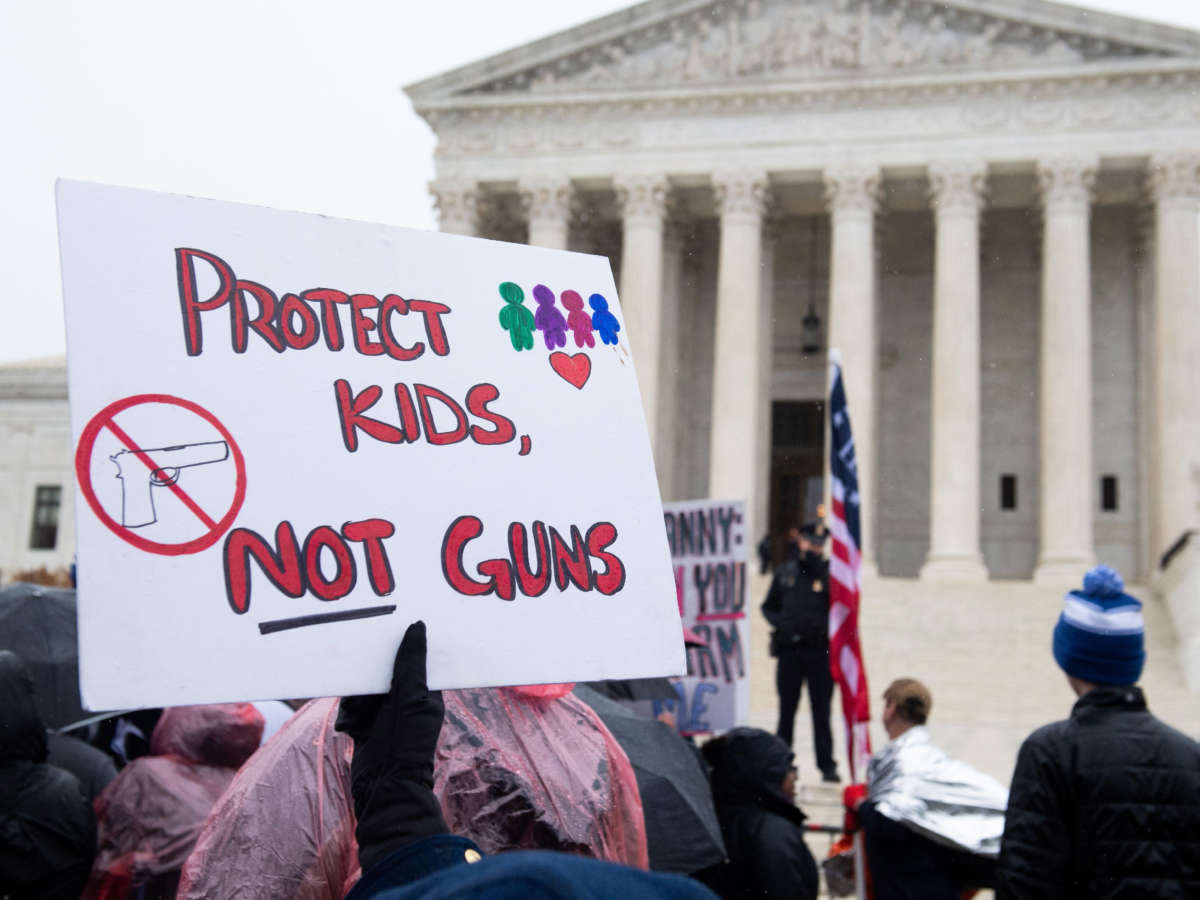 Progressive and Democratic lawmakers are reviving calls to expand the Supreme Court after the court’s far right justices ruled on Thursday to strike down a New York law that requires people to have a “proper cause” to obtain a license to carry a gun in public.

The decision, handed down by the court’s six-Republican majority, will have far-reaching consequences affecting not just New York, but other states that may be seeking to curtail gun violence with similar laws. The ruling was met with swift condemnation from gun safety advocates, who said that the decision will only serve to worsen gun violence in places where gun safety laws have lowered gun death rates.

The decision comes on the heels of horrific mass shootings in Uvalde, Texas; Buffalo, New York; and more. Lawmakers and gun control advocates said that the ruling is a perfect example of why Congress should pass legislation to add more seats to the Supreme Court — seats that would be filled by Democratic President Joe Biden in order to overrule the extremist right-wing conservatives on the High Court.

“This decision is dangerous. It will upend gun safety laws around the country when the American people are looking for more protection from gun violence, not less,” wrote the Congressional Progressive Caucus. “We must pass gun safety legislation. We must expand the Supreme Court.”

The Senate passed a law this week that would take steps toward federal gun safety regulations, like closing the so-called boyfriend loophole and creating stricter background check requirements for gun sellers and buyers under the age of 21. While the bill contains what are likely the only gun restrictions that could pass Congress under the filibuster, gun safety activists have said that the law is inadequate to address the gun violence epidemic in the U.S.

Some progressive groups have praised Thursday’s ruling because the New York law was “arbitrarily and discriminatorily applied” to nonwhite groups, the Legal Aid Society said. However, the High Court’s reasoning for overturning the law was likely unrelated to the racial discrimination or carceral rates perpetrated by its enforcement. Rather, conservative lawmakers, empowered by what they see as a win, have used the decision to call for gun violence against the left.

Democratic lawmakers in the House also called for Supreme Court expansion on Thursday in reaction to the gun safety ruling; the ruling to limit Fifth Amendment Miranda rights; an upcoming decision on federal agencies’ ability to regulate air pollution; and, of course, the expected decision to overturn Roe v. Wade.

“Miranda. Gun control. Voting rights. Abortion care. Clean air and water,” wrote Rep. Rashida Tlaib (D-Michigan). “SCOTUS repeatedly fails to protect our rights, autonomy, and safety, and it shows no signs of stopping. There’s only one way to course correct its extremism before it’s too late — we must expand the Court.”

“Today, the far-right Court has gone out of its way to expand the Second Amendment and undermine public safety, while shrinking the Fifth Amendment and taking away Miranda rights,” said Sen. Ed Markey (D-Massachusetts). Markey introduced legislation to add four seats to the Supreme Court last year. “We cannot allow this overtly political Court to stand in the way of our safety. Expand the Court.” Fellow sponsor of the bill Rep. Mondaire Jones (D-New York) joined in, saying that the Court is “packed with far-right, radical ideologues.”

While lawmakers have called for Supreme Court expansion for over a year now, conservative Democrats are opposed to the idea, even though the number of justices in the Supreme Court is completely arbitrary and the nine-justice limit has been exploited by Republican lawmakers and presidents elected with only a minority of the popular vote.