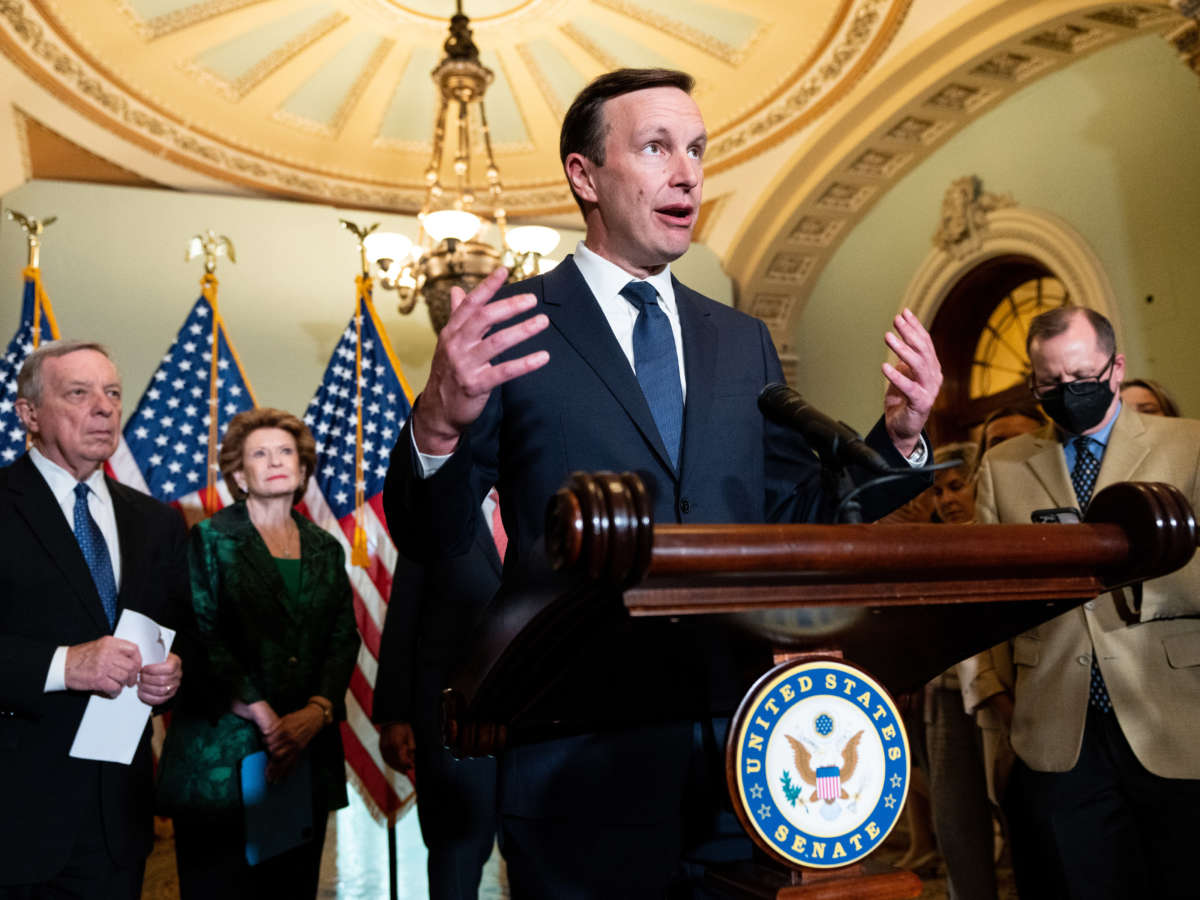 The Senate passed a compromise gun reform bill on Thursday night, after weeks of negotiation between Democrats and Republicans in response to a surge in mass shootings throughout the country.

The bill is a far cry from what gun reform advocates have been calling for, as it doesn’t address the root causes of the U.S.’s gun violence epidemic, including the deep-pocketed and politically powerful gun lobby. But the bipartisan group of 20 senators — which includes 10 Democrats and 10 Republicans — still praised the legislation as being a worthwhile step forward.

“This bill is a compromise. It doesn’t do everything I want,” said Sen. Chris Murphy (D-Connecticut). “But what we are doing will save thousands of lives without violating anyone’s Second Amendment rights.”

After the bill was passed in the Senate, Speaker of the House Nancy Pelosi (D-California) said that the House of Representatives would take up the legislation “first thing” Friday morning to ensure a quick passage in that chamber so that President Joe Biden can sign the bill into law.

Myriad polling data has demonstrated that the American public wants stricter standards enacted when it comes to who can purchase a weapon in the U.S. An Economist/YouGov poll published earlier this week, for example, found that 55 percent of Americans wanted stricter gun laws, while only 36 percent said that laws should be unchanged or made less strict.

Pressure for lawmakers to pass gun legislation intensified earlier this month following congressional testimony from victims of mass shootings in Buffalo, New York, where 10 individuals were killed by a white supremacist at grocery store, and in Uvalde, Texas, where 19 children and two teachers were killed by a gunman in an elementary school. Among those who testified to the House Oversight and Reform committee was Miah Cerrillo, a fourth-grader who covered herself with the blood of a classmate and pretended to be dead in order to hide from the shooter in her school.

The Senate compromise bill would increase funding for mental health and school safety measures, and enhance background checks for gun purchases by those under the age of 21. It would also create incentives for states, through $750 million in federal funding, to implement “red flag laws,” which allow for guns to be temporarily taken away from individuals that judges deem to be a risk to themselves or others.

The new legislation would also close the so-called “boyfriend loophole,” restricting gun purchases for any person charged with domestic abuse. Currently, those convicted of domestic violence against their spouses, their live-in partners or those they co-parent with are restricted from buying guns, but individuals who have been convicted of domestic violence in relationships that don’t fit that criteria are unaffected.

Gun safety advocates have been critical about what’s not included in the Senate bill, noting that guns themselves are largely ignored. The bill does not include, for example, bans or restrictions on semi-automatic weapons or high-capacity magazines, both of which are commonly used in mass shootings.

Progressive Rep. Alexandria Ocasio-Cortez (D-New York) has previously voiced concerns about whether the bill will be effective, due to its focus on bolstering law enforcement and increasing criminal punishment. “I am disappointed to hear a focus on increased criminalization and juvenile criminalization instead of having the focus on guns,” she said in a recent interview with CNN.

Hyper’s 245W charger and battery pack now available to all

Hyper’s 245W charger and battery pack now available to all