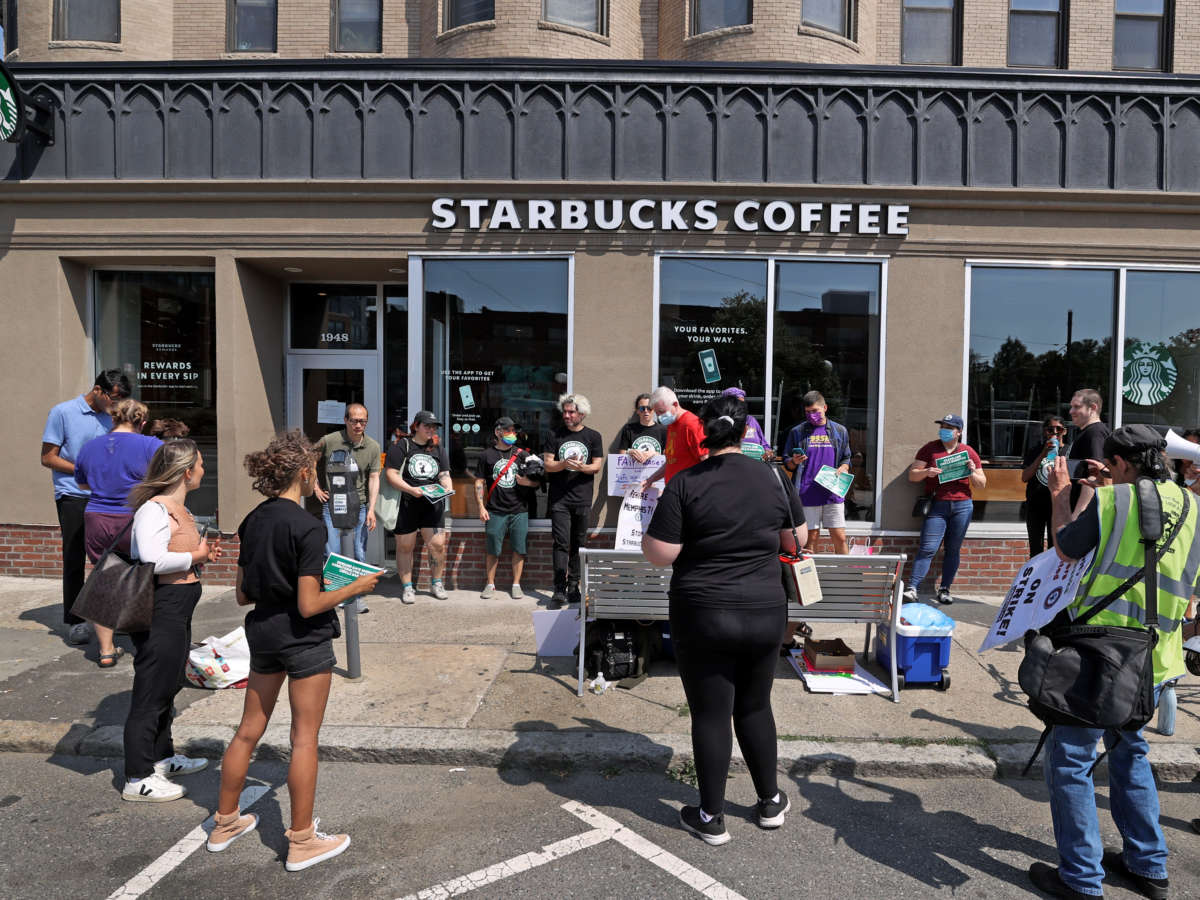 With a victory in Cleveland on Friday, Starbucks workers officially reached 200 union election wins across more than 30 U.S. states, a remarkable achievement in the face of a full-throttle union-busting campaign by the coffee company’s management and its billionaire interim CEO, Howard Schultz.

The speed with which Starbucks workers across the country built on the historic victory in Buffalo in December — when employees voted to form the company’s first-ever unionized store in the U.S. — has stunned observers who’ve seen the nation’s labor movement wither in recent decades amid a ruthless corporate assault.

“Across the country, Starbucks workers are striking against poor working conditions and the company’s open hostility to Starbucks Workers United’s nationwide union drive,” said Robert Reich, the former head of the U.S. Department of Labor. “In one year, 200 U.S. Starbucks stores have unionized. I’m amazed by what these courageous baristas have achieved.”

“This is a historic moment in American labor,” the publication added.

In addition to the number of elections won thus far, experts have also taken note of the union’s strikingly high win percentage and the dozens of unanimous victories it has scored at locations across the country, an indication of Starbucks workers’ overwhelming desire to organize in the face of poor treatment.

According to More Perfect Union’s latest tally, workers at 316 Starbucks locations have filed for union elections with the National Labor Relations Board (NLRB).

Starbucks workers’ nationwide organizing drive has helped fuel an uptick in union activity in the U.S. in recent months following a year in which overall union membership declined.

Earlier this month, the NLRB said the number of union election petitions filed with the board between October 1, 2021 and June 30, 2022 were up 58% compared to the first three quarters of Fiscal Year 2021.

For Starbucks employees who have voted to unionize, the hard work is far from over: They now must win a contract, an arduous task given the CEO and management’s open disdain for the collective bargaining push.

At some locations that have won union elections, Starbucks workers have walked off the job to protest management’s refusal to engage in contract negotiations as required by law.